Tanduay President and COO Lucio Tan III is among the 16 personalities who were declared People Asia’s Men Who Matter for 2022. 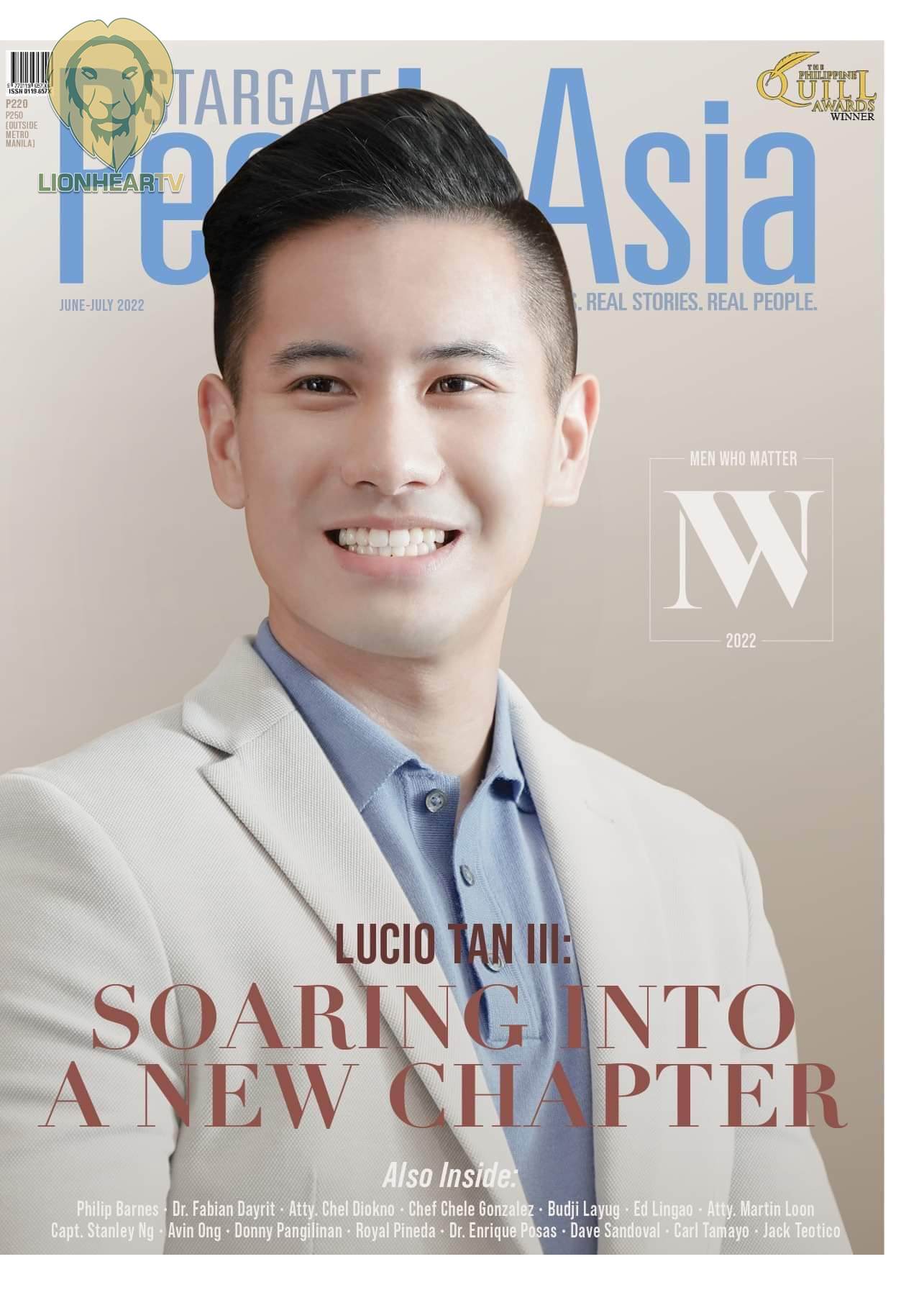 In the article, “Destiny’s Man”, People Asia editor-in-chief Joanne Rae Ramirez wrote that the young Tan was “destined to inherit, not just the title, but the responsibility of being ‘Kapitan’ Lucio Tan, Sr.’s crown prince.”

Lucio III assumed the presidency at Tanduay at only 27 years old after his father, the beloved Lucio “Bong” Tan, Jr., passed away in 2019. Before coming home to the Philippines, he was a software engineer at Lyft in the United States.

By 2020, the pandemic swept the globe and a number of companies had to downsize or even close down. Tanduay’s performance in the last two years under the young Tan, however, remained strong. Its international business has even expanded. It is now present in 12 U.S. states and the territory of Guam; China; Singapore; Australia; the United Arab Emirates; Belgium; the Netherlands; Germany; and the United Kingdom. Plans are underway to expand in Canada and Costa Rica.

Under his leadership, Tanduay also inked four partnerships with top teams in the National Basketball Association (NBA), the only Filipino company so far to do so. This includes a partnership with current NBA champions, the Golden State Warriors. Like his father, Lucio III is a big basketball fan.

As part of its new partnerships, Tanduay bars were opened at the home arenas of the Minnesota Timberwolves’ Target Center; the Phoenix Suns’ Footprint Center; and the Milwaukee Bucks’ Fiserv Forum last year.

In 2021, it earned a total of 23 international awards. These included its seventh consecutive Brand of the Year Award from the London-based World Branding Awards. Tanduay was also declared the Philippine Distillery of the Year by the New York International Spirits Competition.

Lucio III shared that he likes to take things day by day, and recognizes that success can’t happen overnight.

“It’s all in the day-to-day things that you do. Each action that I take every day, I see it as a vote for the person I want to be in the future,” he said in the People Asia interview.

Most recently, the now 29-year-old scion was given more responsibilities in the family conglomerate. Last May 4, the Lucio Tan (LT) Group board of directors appointed him as COO. He will later assume the position of both president and COO in 2023.

Lucio III shared that two of the principles he strictly abides by are integrity and diligence — things he learned from his grandfather.

“It’s the everyday actions that you take that sum up, that accumulate, success at the end of the day,” he said in the interview.

From his grandmother, Carmen, he learned the importance of family.

“Family is also the organization that I’m a part of. And, you know, we as stockholders of these companies, we have an obligation to our employees,” he pointed out.