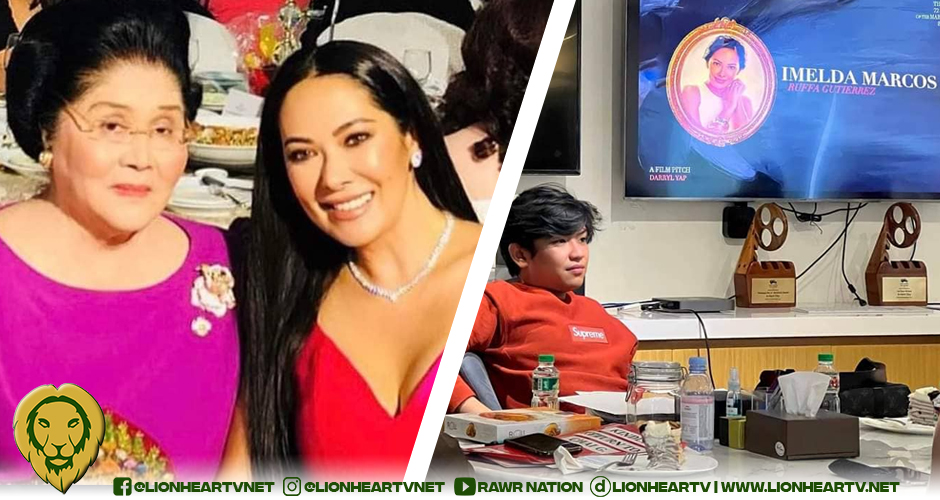 On June 4, Yap posted a photo from his film pitching with Boss Vic del Rosario where Gutierrez’s photo is flashed on the screen and labeled, “IMELDA MARCOS: RUFFA GUTIERREZ.”

With this confirmation, Ruffa posted her photos with the former first lady on Instagram to express her excitement in portraying the role.

Though other netizens suggest Alice Dixon, Dawn Zulueta, Gretchen Baretto, or Lucy Torres for the role, Yap believes that Ruffa has something that can help viewers understand the character of Imelda well.

Yap then pointed out that Ruffa and Imelda are ‘misinterpreted’ beauties.

Maid in Malacañang’s story will revolve around Ferdinand Marcos Sr.’s last 72 hours in the palace. Accordingly, the story was from a very reliable source.

Yap is known to be one of the most controversial filmmakers. During the campaign season, he produced videos and similar materials to promote the bid of current president-elect Ferdinand Marcos Jr.

When he announced that he pitched this new project to Viva Films, he earned the ire of many netizens. A netizen said that Yap is trying to be “relevant” while another one believes that this may be the start of a “historical revisionism” to clear up the name of the Marcoses.

Some also believe that this project should be censured by “Film Industry, Historians, and the Academe.”

Despite these, he still received support from Marcos and UniTeam supporters.

As announced by Yap, Maid in Malacañang will air this July.