The series will finally debut on ABS-CBN’s primetime lineup on August 15. 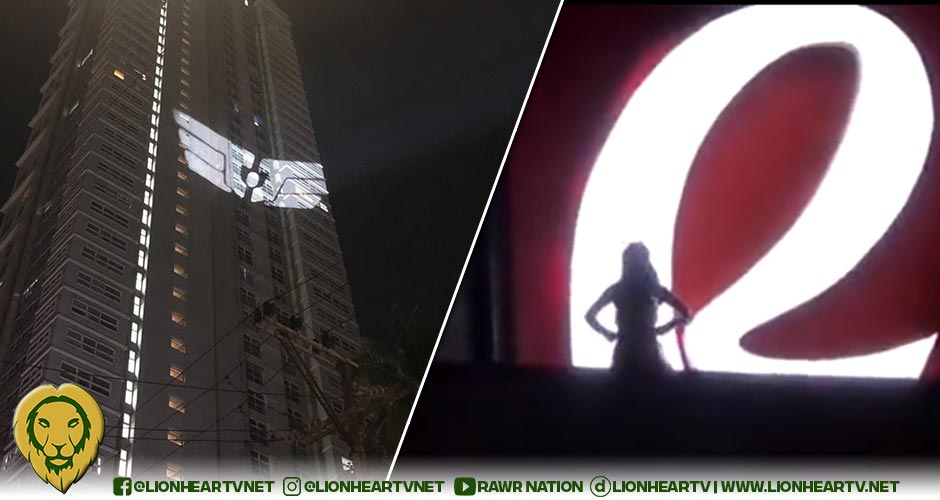 ABS-CBN is amplifying its efforts to raise public awareness for its upcoming big-budgeted series, Darna, which premieres in three weeks.

Dreamscape Entertainment’s Eric John Salut shared photos of the logotype spotted on different buildings in the Metro, including the iconic ELJ building of ABS-CBN.

The Darna series is with the JRB Creative Productions unit.

Pope Chromaticus noted the show’s clever choice of choosing the Robinson Magnolia as the site of one of the Darna sightings.

“The promo gimmick at Robinsons for #Darna is genius! I mean, the reference to the (debunked) encounter between Alice Dixson and the “taong ahas” in one of its branches.

It can be recalled Dixson was once involved in the urban legend about the alleged “taong ahas”, that said to have terrorized customers of the Robinson Malls. The said urban legend alleging the twin brother of the owner of the mall chain to be a half-human-half-snake, has long been debunked.

The promo gimmick at Robinsons for #Darna is genius! I mean, the reference to the (debunked) encounter between Alice Dixson and the "taong ahas" in one of its branches.

‘(I’m digging Darna’s promotional campaign. They’re doing it as Netflix would. I wish Darna will also appear in Visayas and Mindanao, and then she will appear in the end, at ABS-CBN’s building)” he said in his tweet.

KpmilyaUNIVERSE shared another sighting of the Pinay superhero in silhouette in another Robinson’s Mall, in Antipolo.

“Sino nga ba??? (who is it, really?),” he captioned his photo tweet that asked ‘Sino ang hinahanap ni Darna sa Robinson’s Mall (Whom is Darna looking for at Robinson’s Mall?).

Another sighting, this time at Robinson’s MetroEast, was shared by @AltKapamilyaCH.

Have you had any of these sightings? Don’t forget to share your thoughts about the show and this campaign in the comment section: