The new iWantTFC delves into young men’s lives on the cusp of self-discovery and an adventure of a lifetime. 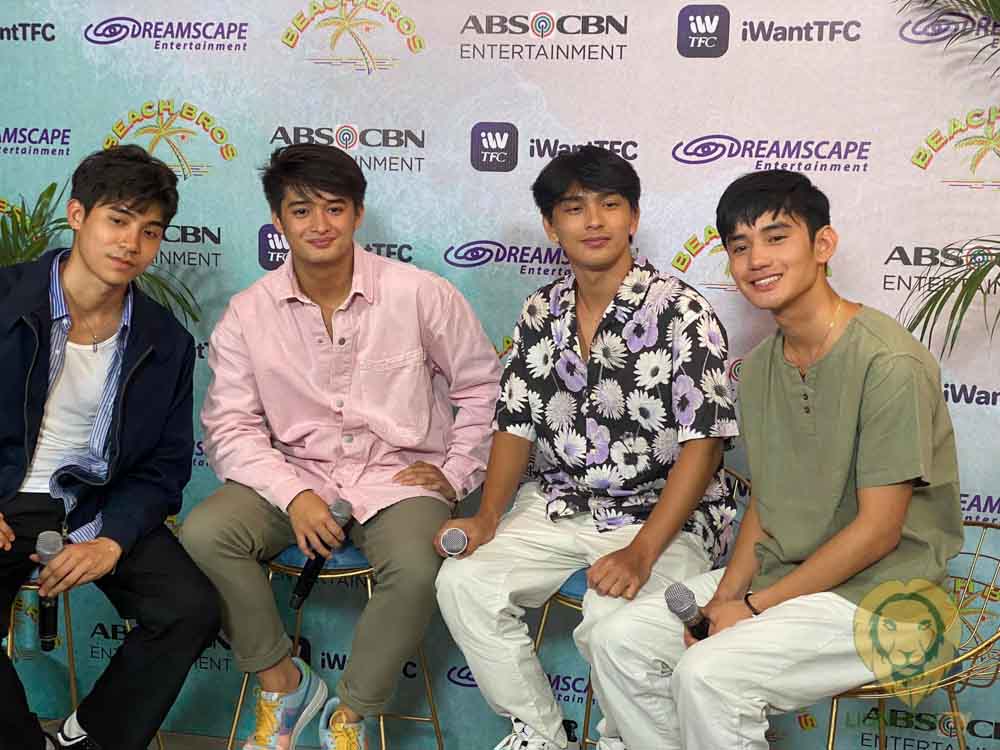 Premise: A group of teenager comes of age when an alluring and mysterious woman arrives at their resort island town bearing secrets, hijinks, danger, and the possibility of true love. (iWantTFC)

Teen dramas are tagged notoriously for diving into the darker sides of adolescence, and sometimes they tend to get boring.

While it still very early to tell if the same path would occur in the new iWantTFC series, Beach Bros–the lighter mood of the early two episodes do suggest that this may be a bit different.

Beach Bros is set in the picturesque coastal town of Baler. There is an evident effort to always highlight the visual landscapes of the place in every scene, and the local surfing industry seems to get a special highlighting in the series.

Front and center in this coming-of-age tale is the friendship shared by five young Baler natives. It is told through the perspective of Dave (Kyle Echarri), who aspires to leave his hometown to pursue his tertiary studies in the city. His mother, played by the brilliant Malou de Guzman, opposes the idea amid worries that he might up like his older brother, Paulo (JC Santos), who died in an accident. To convince his mother, Dave does extra work to earn enough money that will help him get by once he gets admitted to the university.

Dave acts as a leader figure to his circle of friends, which include his playful cousin, Billy (Lance Justin Carr), the always apprehensive Jason (Brent Manalo), social media-loving Jeremy (Sean Tristan), and the unassuming Pete (Raven Rigor), who harbors a secret feeling for his friend.

Through Dave’s orchestration, the group plans to steal a PhP50,000 whiskey at an exclusive event. They succeed, but some complications inevitably expose Dave, and the rest of his gang, to unwanted troubles. Dave crosses paths with the mysterious lady, Nicole (Chie Filomena), who is in town to accomplish a dangerous assignment. Already falling for Nicole’s charm, Dave gets warned by his friends, especially Erika (Kira Balinger), who is secretly admiring him from afar.

Beach Bros is a youth-oriented show. It largely revolves around how five young men cope with the challenges and excitement of growing up. Like most of the previous shows that tackled the same or similar themes, the hook comes from the characters and the nuances that make each of them relatable.

In Beach Bros’ case, Dave is undeniably the centerpiece, but the colorful personalities and stories that Billy, Jason, Jeremy, and Tristan offer, are equally interesting features that only make their absorbing ‘barkada’ tale even more affectionate and heartwarming.

Young love, dreams, the excitement and dangers of social media, love for parents, and other tangible and relatable motifs of youth converge in this vivid, fun-filled, and thrilling coming-of-age drama. Being under the helm of talented young director, Victor Kaiba Villanueva, who is known for remarkable comedy projects like Patay Na Si Hesus (2015), Kusina Kings (2018), and Jhon En Martian (2019), there is a promise that unique brand of humor that made his past outings successful. That and the five boys’ collective journey that is filled with both the wonders and worries of growing up, make Beach Bros worth a watch.

Stream Beach Bros on the iWantTFC and official iWantTFC website. Watch the official full trailer below: