Sheenly Gener’s exploration of a soldier’s post-war nightmares lacks clarity in execution, although there are moments where it establishes short-term hooks.

Premise: Returning to his home town, a young soldier finds himself haunted by the tragic images of the war. 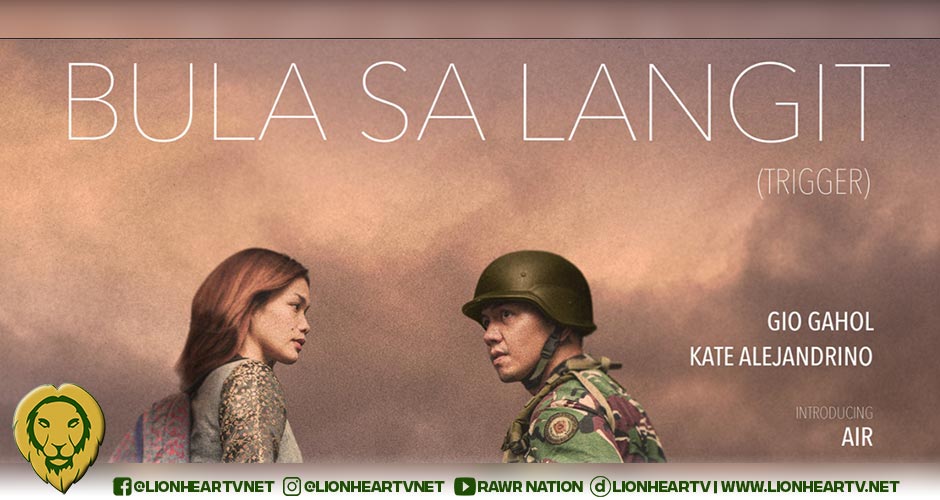 Like what its new title, Trigger seemingly implies, this Cinemalaya feature should nudge any spectator’s imagination, and perhaps views toward our soldiers. Gener here has a very interesting vehicle to maneuver, and while her navigation inevitably confronts challenges and even self-made blunders, the overall journey has both remarkable and forgettable stops.

In Bula Sa Langit, young war victor, Wesley (Gio Gahol) is pulling off a surprise for his parents, by coming home much earlier than they expected. He meets beforehand, his girlfriend, Ritz (Kate Alejandrino), who he intends to introduce to his parents. A celebratory town honors his return with a commendation fit for a hero.

While at a carnival, Wesley tries to please Ritz by winning her a teddy bear at a shooting booth. Taking his aim, however, Wesley gets distracted by the memory of one of his deadly encounters in Marawi. He turns ballistic and he catches the attention of the surrounding crowd. His sudden outburst is just the beginning of more and worse episodes.

The film offers a conundrum for viewers to resolve, but one can only engage themselves in completing the puzzle if there are interesting pieces, to begin with. It tries to draw a line between patriotism and fanaticism, by bringing into the discussion table the controversial topic of waging a war and the ethical decisions a soldier must perform when dangerous circumstances bring them to a life-and-death situation.

Bula sa Langit’s perspectives on the unseen collateral damages of war barely hit home, but there are moments in the film, that warrant a watch, at least.