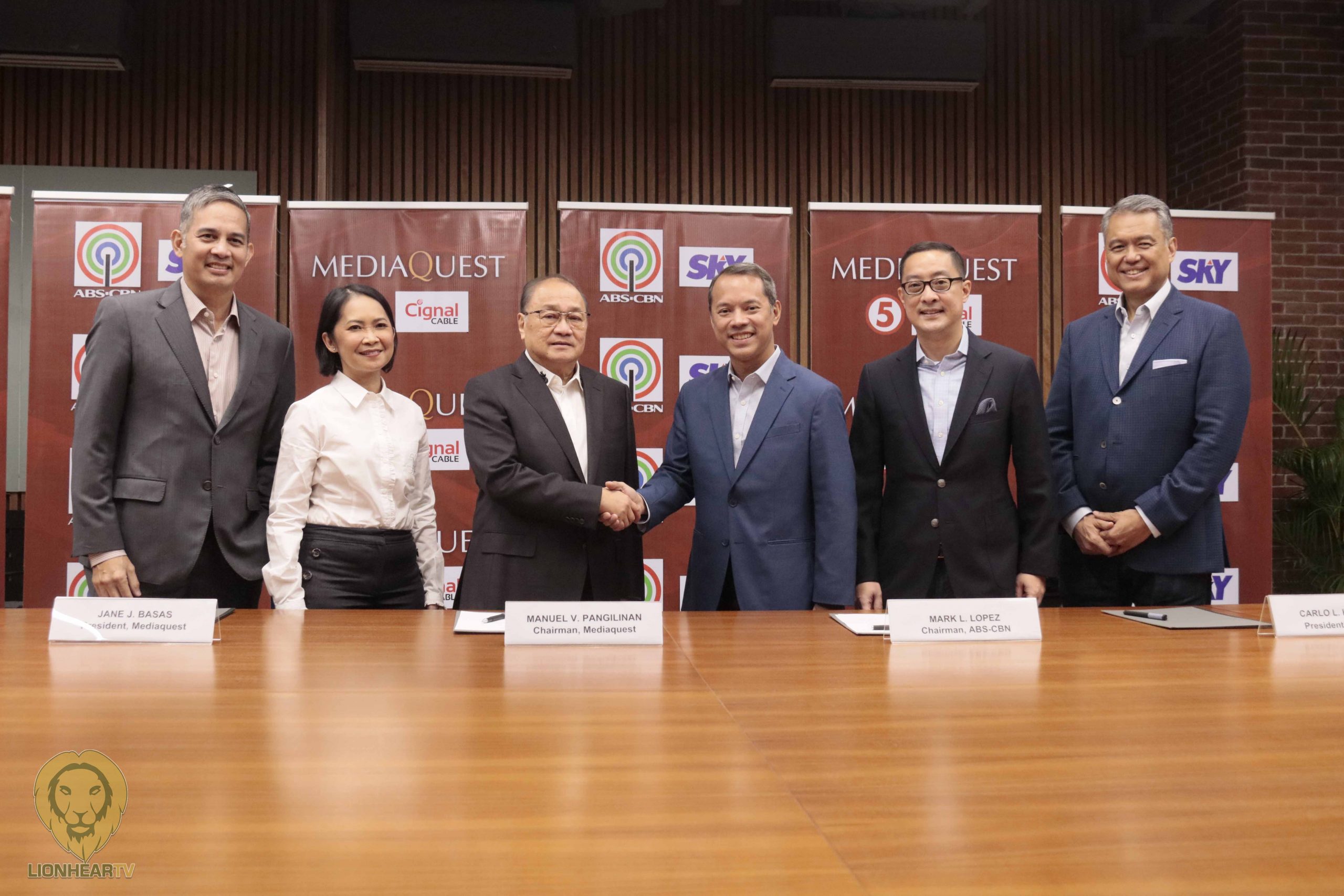 On Thursday, August 11, ABS-CBN and TV5 signed a partnership deal, expected to shake up the Philippine TV landscape.

ABS-CBN and TV5 executives were present to seal the agreement to bring more airtime and much-wider audience reach for Kapamilya shows and programs.

In a tweet, ABS-CBN News reporter Anjo Bagaiosan shared the old logo of TV5, formerly ABC5, which resembles the colors of ABS-CBN logo, and insinuated that somehow the deal was destined to happen.

“Ang Kapatid ay Kapamilya” ABS-CBN invests in TV5 in a landmark deal to deliver quality content to its viewers in entertainment, news and sports. #FrontlineSaUmaga First to report this on @TV5manila. How providential”

ABS-CBN invests in TV5 in a landmark deal to deliver quality content to its viewers in entertainment, news and sports. #FrontlineSaUmaga

ANC News Anchor Karmina Constantino, on the other hand, said, “A new day has come” for former rivals and now allies, ABS-CBN and TV5.

In the service of the Filipino, we remain ❤️💚💙 pic.twitter.com/4nlBnBi8RU

Meanwhile, the whole family of It’s Showtime also shared their happiness and excitement with the historic partnership deal between ABS-CBN and TV5.

In a statement during their Thursday, August 11 episode, It’s Showtime host Vice Ganda shared the great news about the joint venture agreement between the Kapamilya and Kapatid network.

It’s Showtime joined the roster of Kapamilya shows airing on TV5 on July 16, 2022.