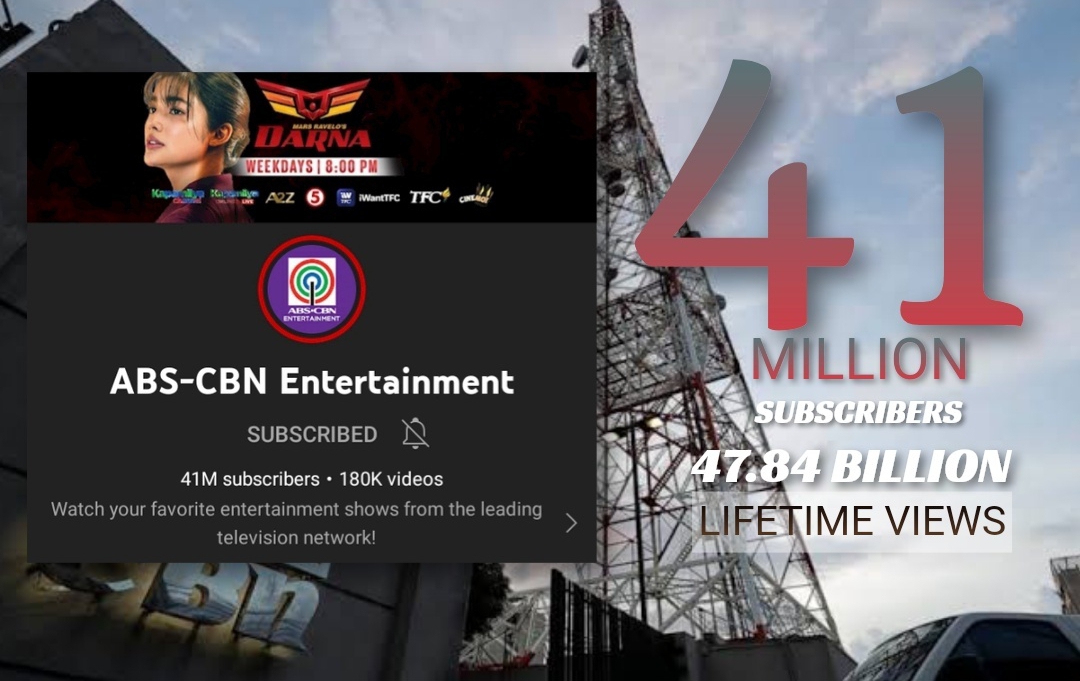 Total lifetime views of the channel also hit 47.8 billion in September, which is the highest for any YouTube channel by a Filipino user.

ABS-CBN’s domination on the platform reflects the media entity’s efforts to turn the digital realm into a major revenue-generation stream following the loss of the broadcast franchise, which previously served as its biggest source of revenue until its shutdown in 2020.

Other than ABS-CBN Entertainment, fellow Kapamilya channels proved ABS-CBN’s domination on the platform. ABS-CBN News is currently the eighth-most subscribed channel in the Philippines, earning 14.2 million subscribers and 9.5 billion in total lifetime views.