Premise: A struggling history teacher falls in love with a sex worker, whom he finds to be the one to finally motivate him to working hard. 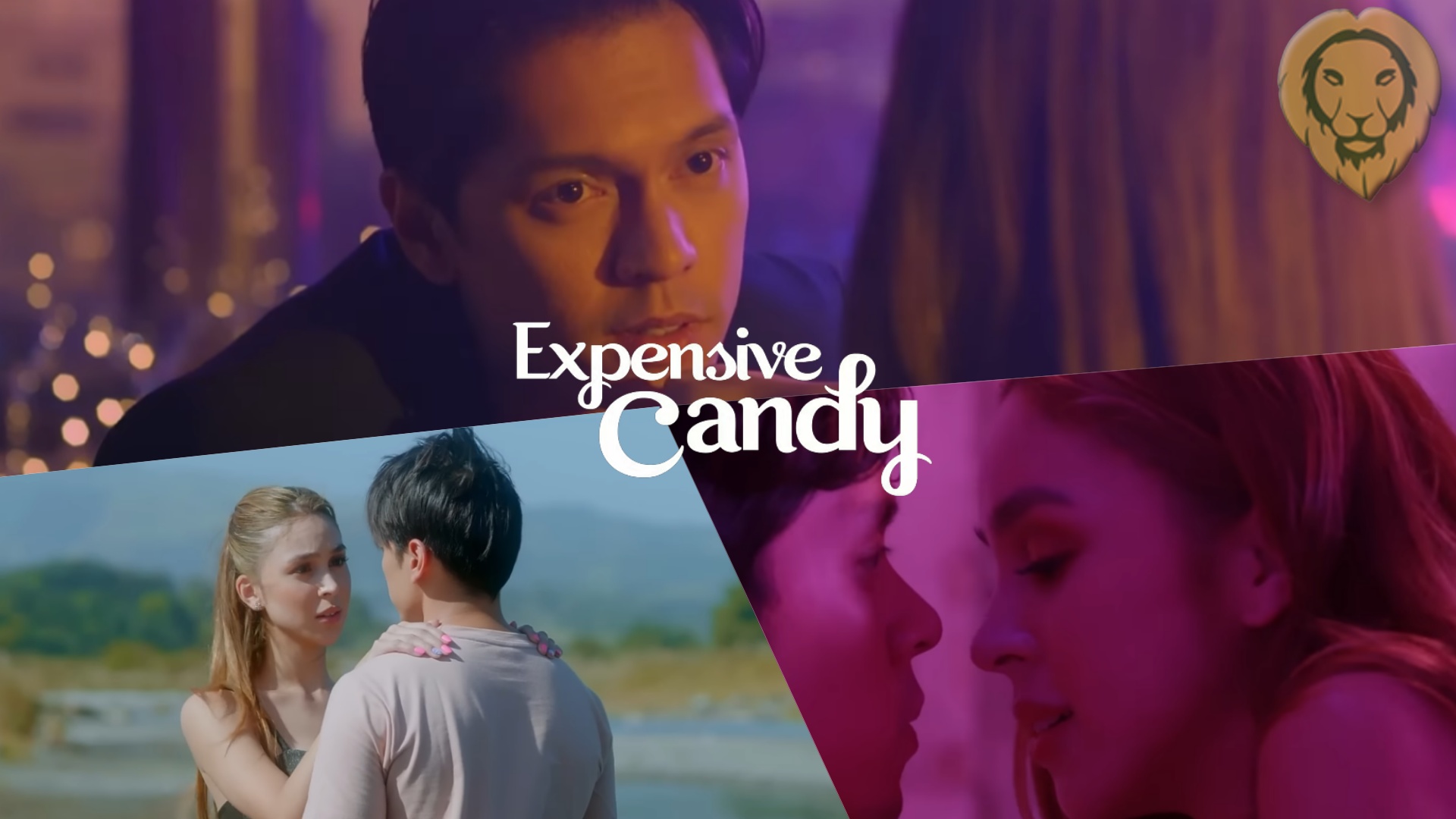 It is not seldom that a Viva film tackles the life of a sex worker or a person with similar background for that matter. Just a few months back, Vivamax streamed Kitty K7, a film about online sex workers. That said, there is a level of sophistication expected from the new Laxamana film, which also marks the young director’s return after a few years of mainstream absence.

Expensive Candy is not the only film where Jason Paul Laxamana and Julia Barretto worked together as they worked already via Star Cinema’s Between Maybes in 2019.

You can tell the working relationship they established three years ago, only blossomed beautifully in this new Viva Films feature.

The film follows its titular character, Candy (Barretto), a prostitute working in the dark alleys and bars of Angeles City. One night, she crosses paths with the unassuming Toto (Carlo Aquino), an innocent-looking history teacher, who at the age of 30, is yet to lose his virginity.

His arrival to the red-light district is hoped to give him the much-pursued baptism of fire, and Candy, who has immersed into the life of pleasure-giving in men, is more than willing to provide him the tour and the experience. That said, her service is not for free, and for Toto, whose meager salary will never be enough to afford an expensive ‘item’ like Candy, the PhP500 he has on his wallet, inflicts an undesirable blow.

Regardless of the price, Toto’s first encounter with Candy proves to be an addictive experience, and the latter unexpectedly falls head-over-heels. The woman becomes a motivational figure for the striving teacher, who has long been a jack-of-all-trade guy, in his bid to provide enough for his family.

Aquino delivered an impeccable restraint as Toto. You can tell his calculated efforts to allow Barretto to rule the spotlight, and yet his power remains through and through. It is a testament to his years of experience as an incredible dramatic star, and, he fully shines, no matter how tamed his portrayal was. But there are many more remarkable things to say about Barretto, who underwent a sort of image peeling in the film. She is 25, and yet, she transformed by leaps and bounds, leaving her teenybopper image completely in her last film. In Expensive Candy, she is a committed artist who is fully equipped to render the mature demands of her character.

The beauty and power of the film also reside in Laxamana’s compelling maneuver. There is some level of mature exposition in his narrative, and yet through his artistic choices, he found a way to wholly deliver his the film’s intimacy without completely relying upon graphic, sensual images. You can say Laxamana made a conscious effort to set this film apart from Vivamax’s usual sex and gore template, and to his credit, he pulled it off with so much delicacy and artistic ingenuity.

The film relies on powerful suggestions to create the pictographic sensuality that Barretto’s character requires, and allows the audience’s imagination to work. It is a wise move that kept Barretto’s unsullied image, despite this film marking her first solid venture into more mature roles.

Expensive Candy cruised through themes that are not traditionally tackled with deeper scrutiny by mainstream films. While the movie still bears formulaic elements, there is a level of creative sophistication in this feature that sets it apart from the usual. The juxtaposition between the characters and between what the film intends to deliver and what it showcased is compelling proof of its singular beauty.