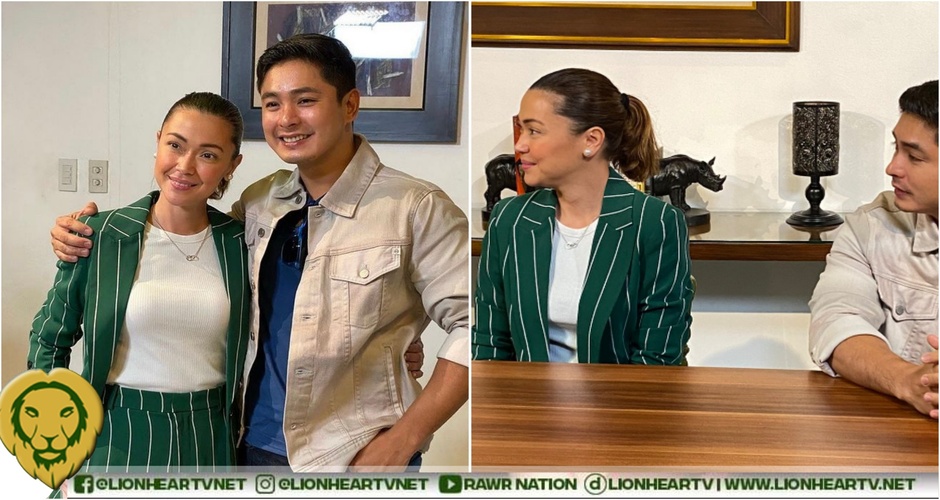 Kapamilya stars Coco Martin and Jodi Sta. Maria will fly to the United States, to shoot scenes for their upcoming romcom film, Labyu with An Accent. Martin, himself, will direct the film, which makes Sta. Maria nervous and excited at the same time.

“(I am very excited to be directed by the one and only Coco Martin, who we all know to be mind-enriching—an excellent director,)” she exclaimed during a press conference.

Sta. Maria also shared how she has been asking about Martin’s work ethics and styles, for her to adjust accordingly, once their shoot commences in the US, next month.

The film is one of the Star Cinema’s three entries to the 2022 Metro Manila Film Festival, the other two being Vice Ganda and Ivana Alawi’s Partners in Crime, and the Joshua Garcia-starrer Ang Mga Kaibigan ni Mama Susan.

“Kinakabahan, since magkatrabaho kami di lang bilang artista, magiging direktor ko rin siya (I am nervous, since we are to work not just as actors. He is also my director)” the award-winning Kapamilya actress confessed.

Labyu with An Accent is Coco Martin’s first movie project in two years, after 2020’s Love or Money, in which he starred alongside Angelica Panganiban. According to Star Cinema, the story of the film will revolve around Gabo (Martin) and Trisha (Sta. Maria), whose paths crossed despite having different backgrounds. In the film, Trisha has been working in the US for two decades. She comes home to the Philippines, where she meets Gabo, a jack-of-all-trades guy who has been struggling to make ends meet in the Philippines.

Martin, meanwhile, expressed his excitement about working with whom he considers one of the country’s finest actresses. He did not deny that he, too, is nervous about being in the same project with Sta. Maria.

“(I am nervous. She is one of our country’s most brilliant actresses. As a director, that is what challenges me…that I know my actors are really good. At first, of course, it will be tough, but I am very optimistic and confident of my actors),” he admitted.

Labyu with Accent opens in cinemas natonwide on December 25.