A new era in the DC Universe has begun with the introduction of Black Adam and The Justice Society in Warner Bros.’ epic superhero adventure “Black Adam,” smashing in cinemas and IMAX across the Philippines starting October 19.

From New Line Cinema, Dwayne Johnson stars in the action adventure “Black Adam.” The first-ever feature film to explore the story of the DC Super Hero comes to the big screen under the direction of Jaume Collet-Serra (“Jungle Cruise”).

Nearly 5,000 years after he was bestowed with the almighty powers of the ancient gods—and imprisoned just as quickly—Black Adam (Dwayne Johnson) is freed from his earthly tomb, ready to unleash his unique form of justice on the modern world.

Johnson stars alongside Aldis Hodge (“City on a Hill,” “One Night in Miami”) as Hawkman, Noah Centineo (“To All the Boys I’ve Loved Before”) as Atom Smasher, Sarah Shahi (“Sex/Life,” “Rush Hour 3”) as Adrianna, Marwan Kenzari (“Murder on the Orient Express,” “The Mummy”) as Ishmael, Quintessa Swindell (“Voyagers,” “Trinkets”) as Cyclone, Bodhi Sabongui (“A Million Little Things”) as Amon, and Pierce Brosnan (the “Mamma Mia!” and James Bond franchises) as Dr. Fate.

“Black Adam” is distributed worldwide by Warner Bros. Pictures. Join the conversation online and use the hashtag #BlackAdam

Get to know these fan-favorite characters as they make their big-screen debut in the highly anticipated blockbuster and check-out their individual posters below. 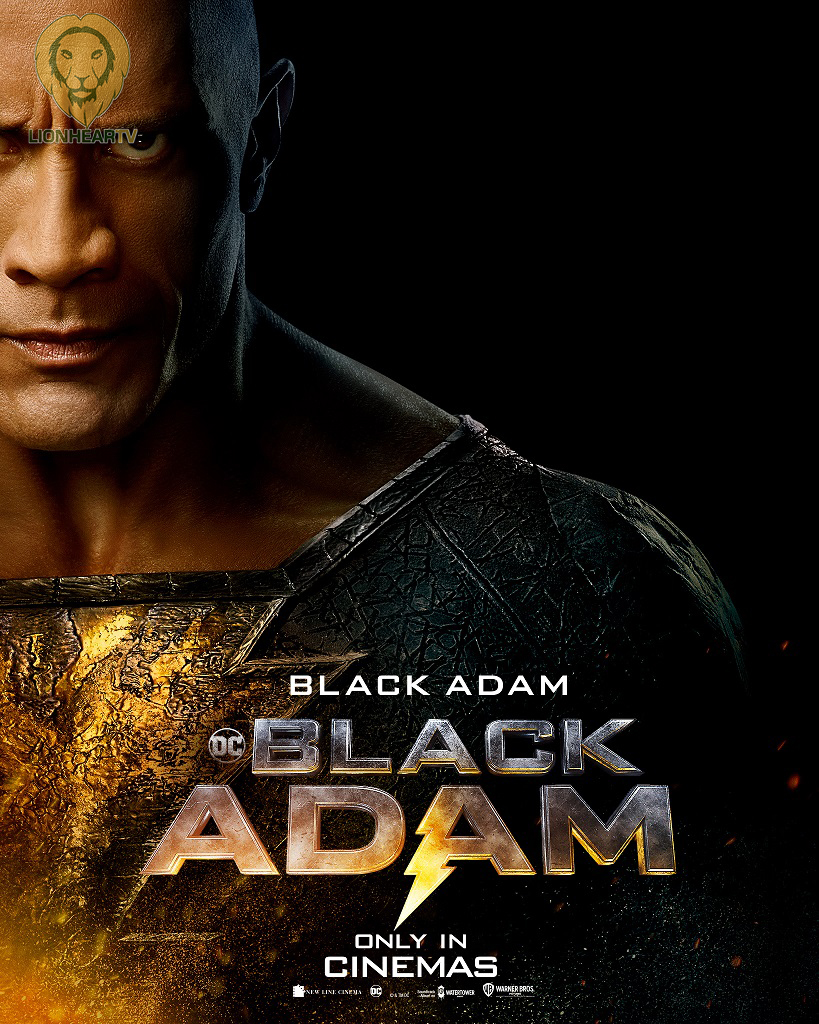 Hailed as the slave who became Champion, the mortal slave Teth-Adam was bestowed the powers of the gods. When he used his powers for vengeance, he was entombed, becoming Black Adam. Nearly 5,000 years later, Black Adam is freed from his imprisonment and finds his unique form of justice challenged by modern day heroes in the form of the Justice Society. 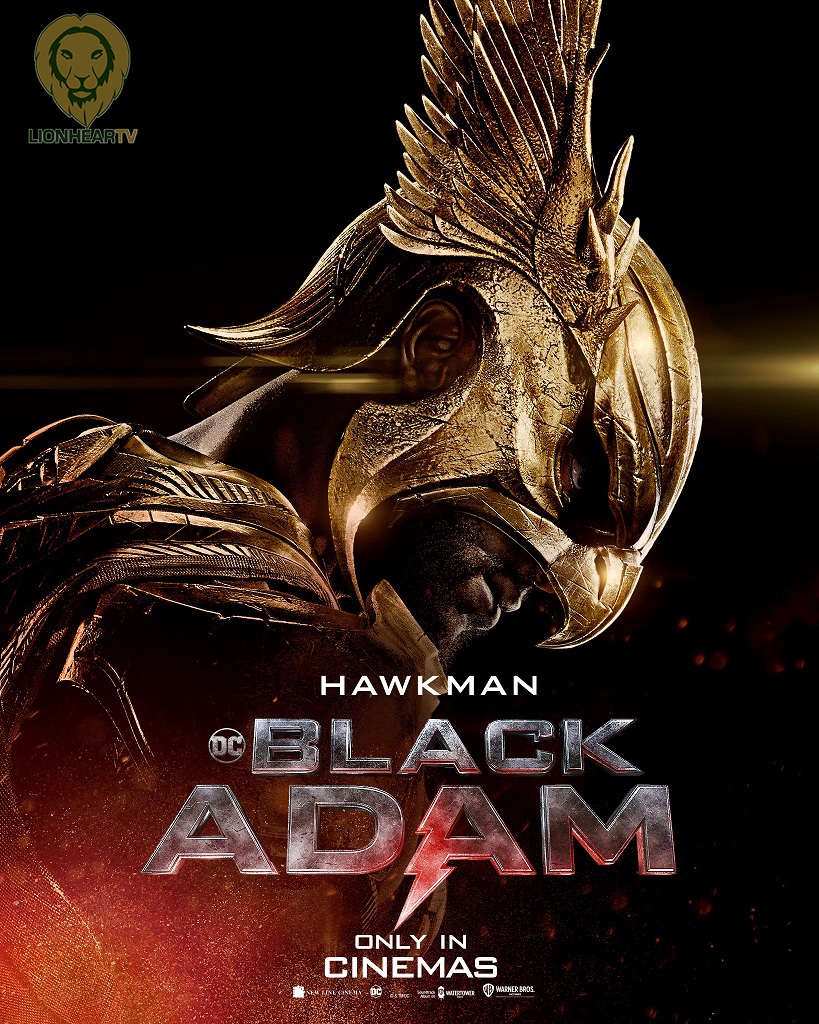 With a suit constructed of gravity-defying Nth metal, Hawkman combines his physical prowess with a strong sense of morality. Instilling years of knowledge and experience into the younger members of the burgeoning Justice Society, the man known as Carter Hall fights to protect global stability–and he won’t let anything or anyone, including Black Adam, stand in his way.

Upon wearing the ancient alien golden Helmet of Fate, Kent Nelson transforms from kindly academic into the sorcerer Doctor Fate. One of the founding members of The Justice Society, Doctor Fate is able to use his powers to wield magic, conjure illusions and see the future. 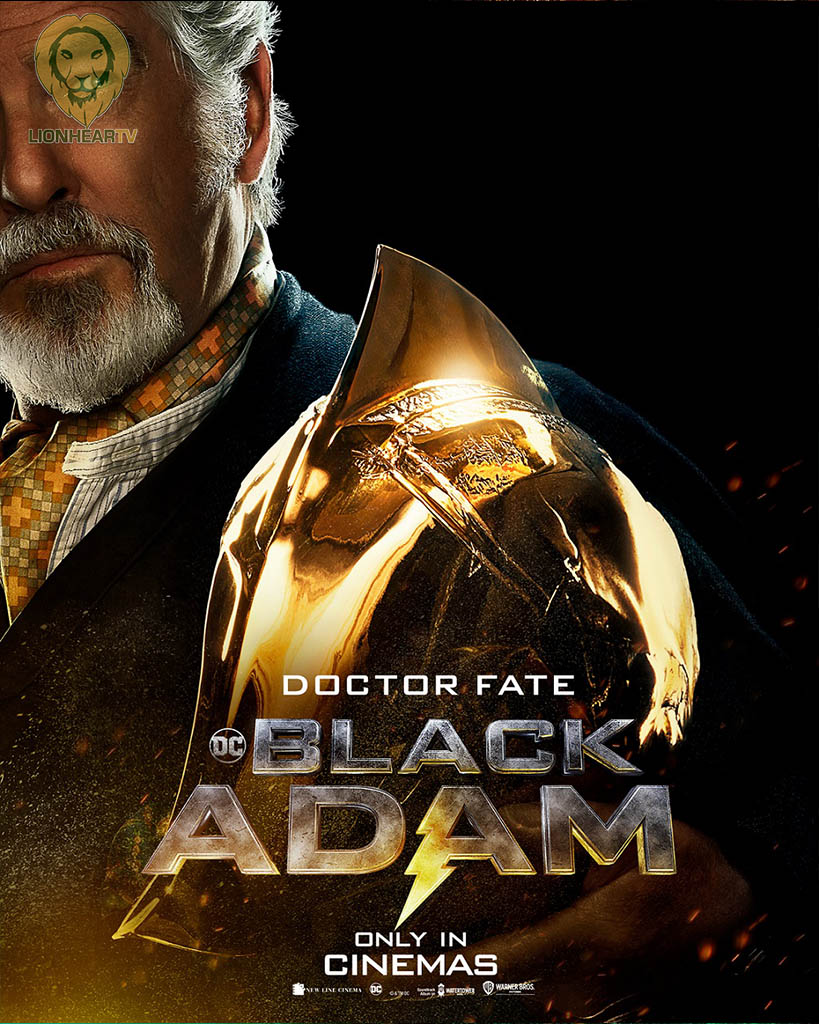 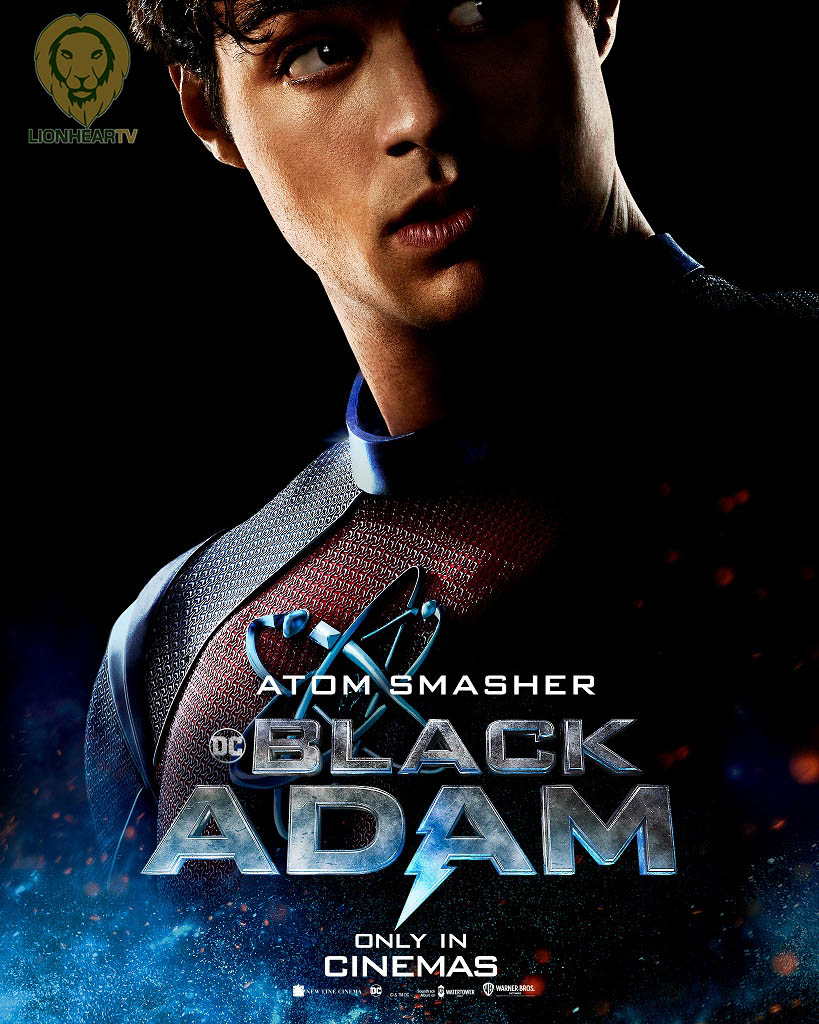 As one of the newest recruits of The Justice Society, 20-year-old Al Rothstein can transform his molecular structure to grow in size to towering heights to become the superhero Atom Smasher. What he lacks in experience, Atom Smasher makes up for with brute force and an endless well of youthful optimism. 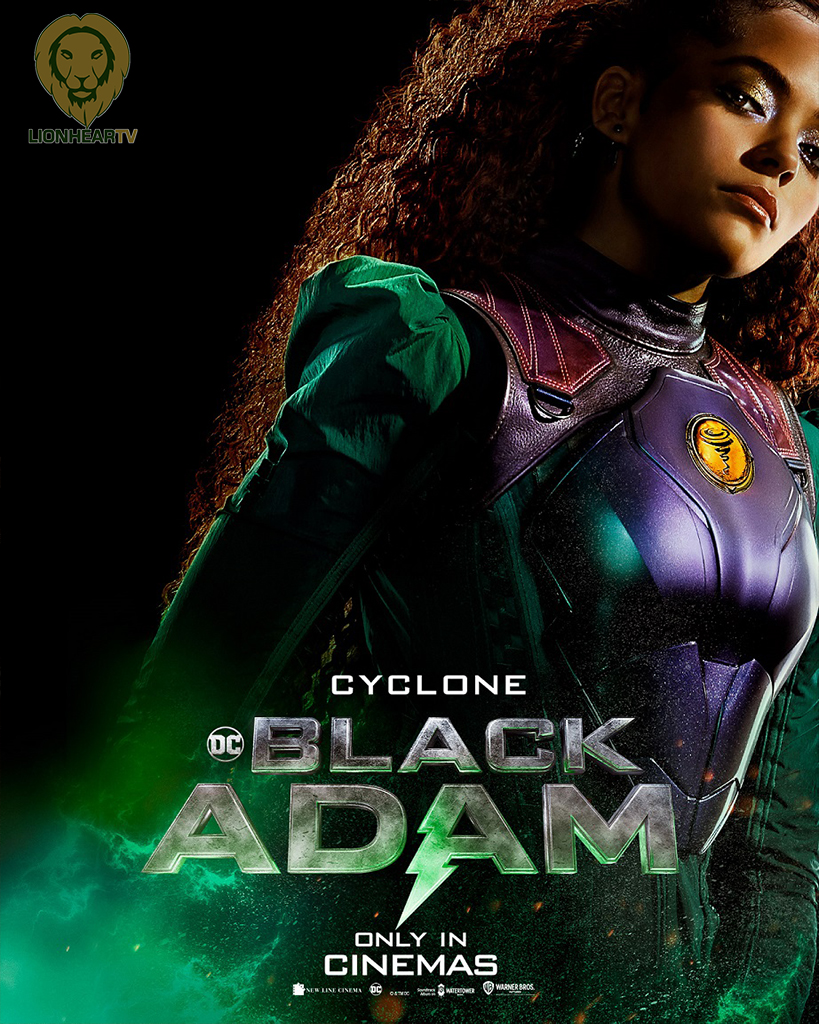 After being subjected to nanotechnology experimentation by evil scientists, at just 19 Maxine Hunkel is a force of nature—literally—with the ability to control the wind with her mind. As the superhero Cyclone she brings a social justice attitude and a unique power set to The Justice Society.