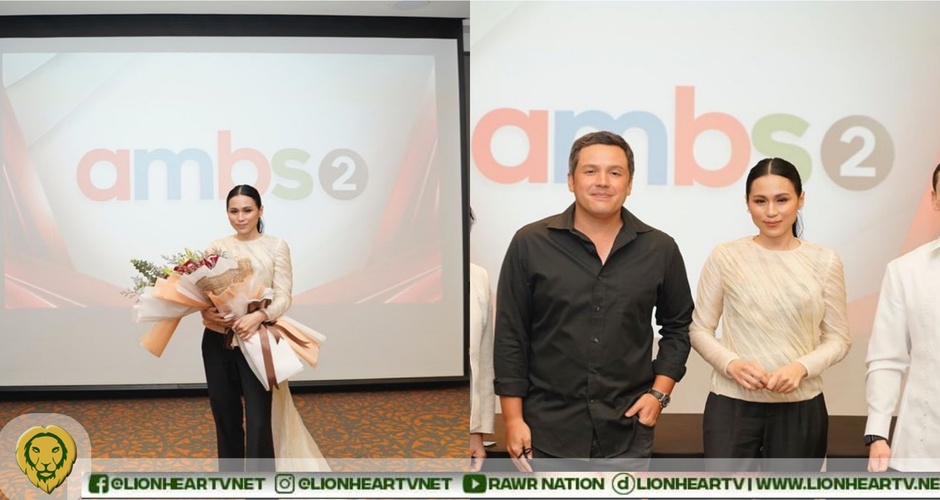 Former Pinoy Big Brother host and long-time Kapamilya talent Toni Gonzaga officially cut ties from ABS-CBN, on September 1, when she and her husband Paul Soriano, signed a contract with Manny Villar’s AMBS 2, whose pilot broadcast is set on September 13.

The couple signed their contract in the presence of Manuel Paolo Villar of Prime Asset Ventures, and Maribeth Tolentino, the President of AMBS. Villar and Tolentino warmly welcomed the Sorianos during their contract signing at the Mella Hotel in Las Piñas City.

“AMBS aims to redefine the broadcast media industry with quality TV programs and exciting entertainment shows that will focus on giving our viewers new TV experiences,” Villar declared during the signing event.

Similarly, Tolentino offered her warm welcome to the couple, and other new talents present to sign their respective contracts that day.

“We are happy about the partnership with Ms. Toni Gonzaga and Mr. Paul Soriano. Our team is raring to work with them to give our viewers awesome shows to always look forward to.“

Part of the deal is reportedly Gonzaga’s hosting her talk show, while Soriano is said to offer his directional services. He is notably both a director and a scriptwriter.

“You will be surprised with what we have in store for all of you,”  teased Toni, whose popular YouTube talk show is reportedly debuting on the small screen via AMBS.

More returning and new artists joining the debuting TV network are expected to be revealed in the upcoming episodes. Claudine Barretto previously expressed her intent to have a comeback to the showbiz limelight via AMBS.

Willie Revillame, who has long established his link with the Villars’ new media entity, is also set to revive his variety game show, Wowowin, which has been going on tour nationwide, in anticipation of its AMBS debut.