The Phenomenal Unkabogable Star responded to a News5 report about his alleged rift with Kapuso queen Marian Rivera, which he vehemently denied. 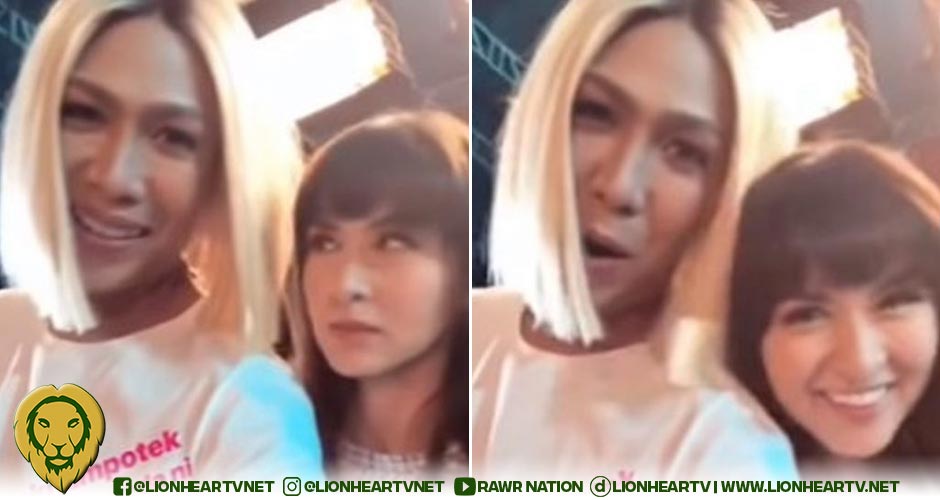 Comedian and It’s Showtime host Vice Ganda did not like a recent report by TV5, which suggested he had a rift with the Kapuso royalty Marian Rivera. 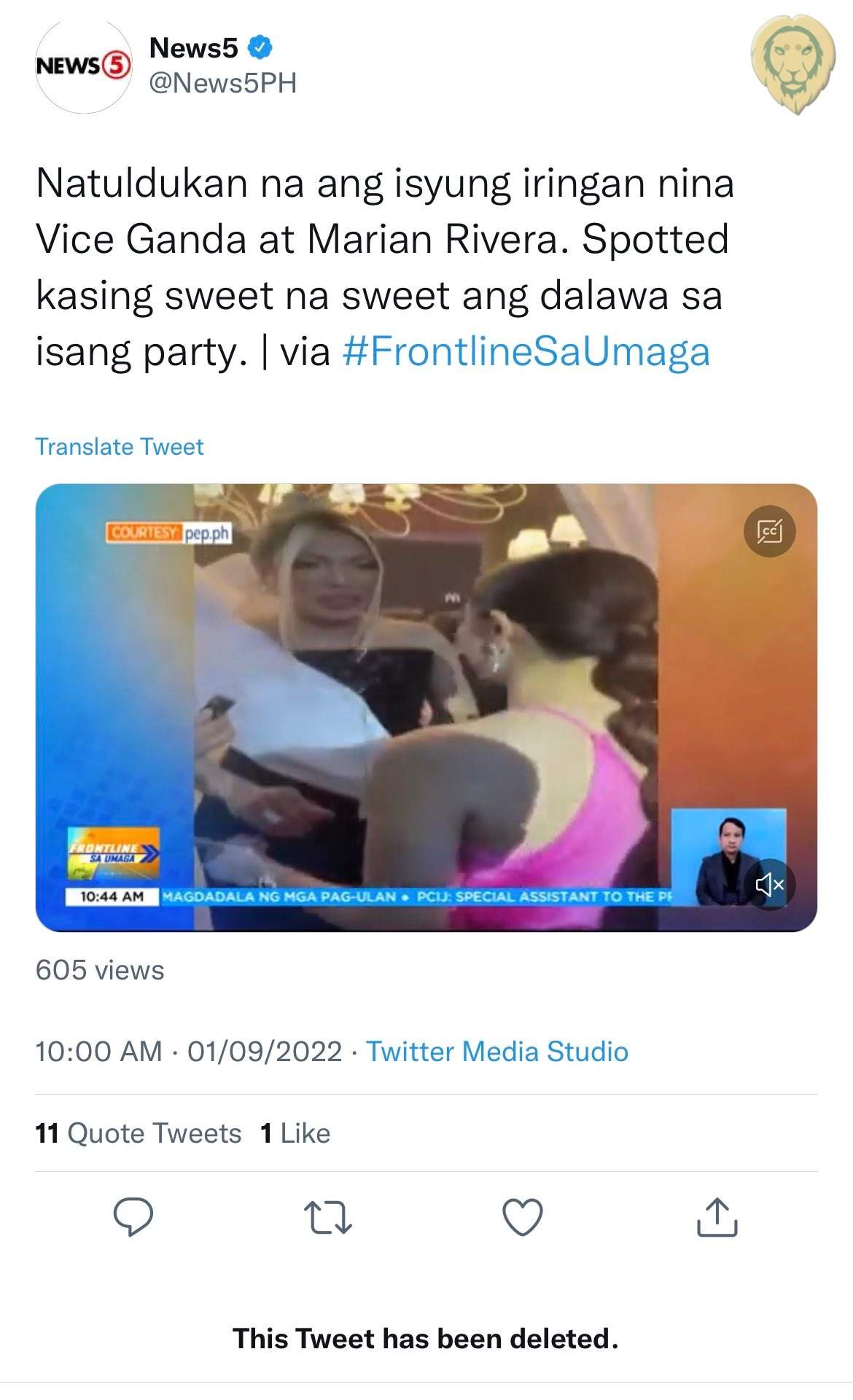 “(Where did this news come from? We had an issue, a fight? Gossipmonger? Yuck! Super, yuck! Just bored?),” his reply to a now-deleted tweet by TV5’s News5 account.

He then posted a new tweet where he called out news agencies and fake news peddlers, who make and post fake and unverified news in the name of clout.

Gretchen Ho, who read the report, meanwhile, personally replied to Meme Vice’s original tweet. “Hi Vice, will investigate and send this to our producers,” she said in her reply tweet.

TV5’s showbiz reporter MJ Marfori was the one, who caught Vice Ganda’s attention with a laughing emoji, after the former, responded to Ho’s tweet with, “Also, hindi ko story ito. @vicegandako (This isn’t my story, just to be clear.”

Vice Ganda did not take the reply lightly and proceeded to answer Marfori with “Also, hindi ko trip ang emoji mo! May nagjoke po ba? (I also didn’t like your emoji. Did cracke a joke)?”

Marfori promptly clarified her previous tweet and apologized to the Kapamilya comedian-host.

“I apologize. I was just surprised and caught off guard that I was tagged in the story. I didn’t mean to offend,“ her next tweet.

Vice Ganda, however, seemingly found a way to have a good time, by responding to Marfori’s apology with just laughing emojis.

On the other hand, Ho tweeted, “We issued an erratum this morning on #FrontlineSaUmaga for yesterday’s erroneous news report. Rest assured, we are reviewing internal processes to make sure this doesn’t happen again. Apologies to @vicegandako and Ms. Marian Rivera. We will do better.”

“Thank you @gretchenho . I appreciate it. ❤️” said Vice.

There have been no news items that alluded to the alleged Vice Ganda and Marian Rivera rift.

On the contrary, the comedian-host has expressed his admiration toward the Kapuso star on It’s Showtime. The reaction of Vice Ganda and the netizens wasn’t surprising.

Perhaps, TV5 and its news department have to fully verify the information they receive before airing or publishing them as news.