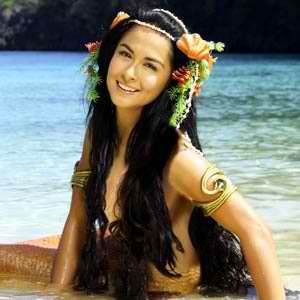 PLOT: The story of Dyesebel begins when an amnesiac mermaid-turned-human named Lucia (Jean Garcia) fell in love with a human. They got married and had a beautiful baby, but instead of human baby she delivered a mermaid. The child is called “Dyesebel” (Marian Rivera). Although surprised by their daughter’s strange form, Lucia and her husband Tino (Wendell Ramos) promise to love their child no matter what.

But in no time at all, their neighbors discovered the couple’s secret. When the community is hit with a series of catastrophes, the town believes that the anomaly is caused by Dyesebel; an accusation that leads to Tino’s death and Lucia to offer her only daughter to the sea, where she would belong.

Unknown to Lucia is that in the heart of the sea, Dyesebel’s adventures and misfortunes will begin. It is within the confines of the waters that Dyesebel will lead a new life-a journey that would take her to the depths of the sea, as well as to chaos of the city. Dyesebel discovers that she can also be a human being by visiting Amafura (Rufa Mae Quinto) to get a secret necklace which makes her a human; but a price must be made, for her to sacrifice her true possession, in order to gain something special. 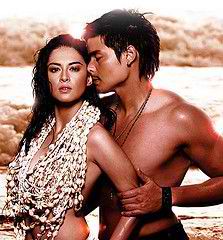 PLOT: Marimar is a very poor and naive woman who lives in a beach hut with her dog, Pulgoso, and her grandparents. Sergio, the son of the Ibañez estate, falls in love with Marimar. The two get married, not realizing the hostility of Sergio’s family to the marriage and their unbounded determination to separate them. 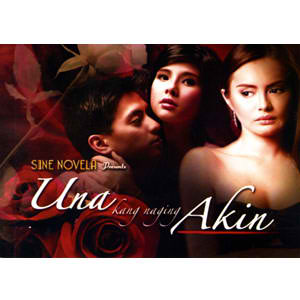 Una Kang Naging Akin (When You were Mine)

PLOT : Tragedy strikes when the helicopter that Nick is riding suddenly crashed in a remote island. A body is found in the crash site but it turned out to be Nick’s officemate whose name was not listed in the passenger manifesto. The “death” of Nick caused great grief to Vanessa since she was already betrothed to be married to the young man.

On the remote island, Nick meets Dr. Modesto Mallari, a marine biologist. Because of his memory loss, Nick introduces himself as Darwin. Dr. Mallari takes Darwin to his home where he introduces his daughter, Jessa, a beautiful painter. Darwin admits that he cannot recall his past and Jessa initially doubted his story. However, as time passed by, the two developed feelings for each other and have a child together. Darwin becomes involved in another accident that triggers the return of his past memories. He remembers that he is a wealthy businessman named Nick who is about to marry his beloved girlfriend Vanessa.

With the return of his memory, Darwin’s identity as well as Jessa and their child no longer exist in Nick’s recollection. Will Jessa allow her husband to forget her and their son? Or will she have the courage to fight for what she thinks is rightfully hers? What will Vanessa do to keep Nick with her for good? How will she deal with Jessa and her son? Will Jessa’s love for Darwin cause Nick to remember their marriage? And who really has the right to have Nick/Darwin? Is it Vanessa, the woman he first loved or Jessa, the woman who bore his firstborn son? 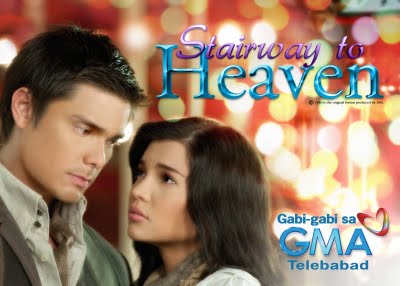 Stairway to Heaven and Marimar