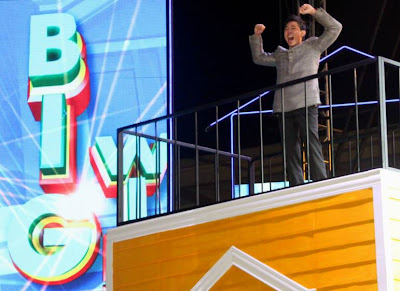 Cebuano engineer Slater Young was proclaimed the Big Winner of “Pinoy Big Brother Unlimited” at the “PBB Unlimited: Big Night at the Grandstand” Saturday night (March 31) after garnering the highest percentage of votes in an overnight public poll against fellow Big Four contenders. 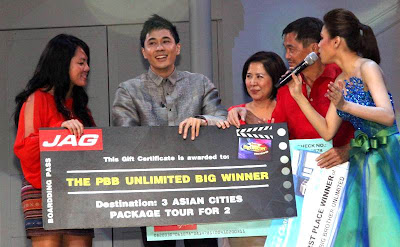 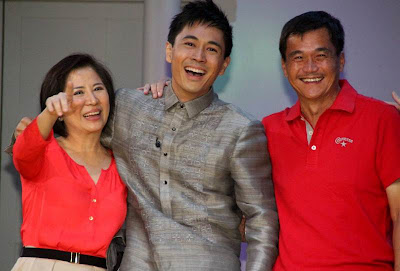 The 24-year old got an astounding 40.02% of the total number of text votes, making him the first male Big Winner of the regular edition of the country’s most successful reality show. He took home P2 million, an appliance showcase, an Asian tour package, an Internet TV, a water-refilling store franchise, and a special appearance in a Kapamilya program in the United States. 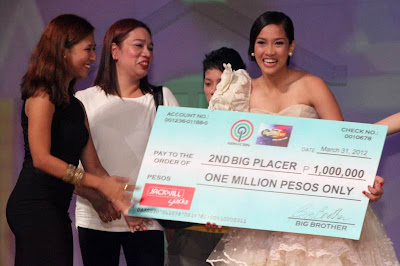 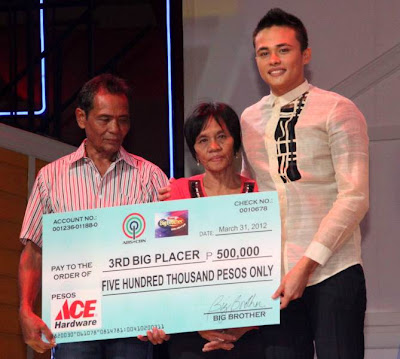 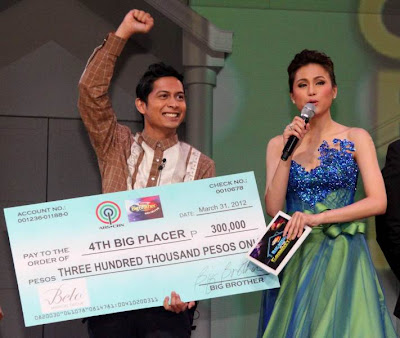 Pamu Pamorada of Batangas, meanwhile, was named the Second Big Placer after gaining 21.49% of the votes and won P1 million. Trailing by only 10 percentage points of the votes was Third Big Placer Joseph Biggel, who got 21.39% percent of the votes, while former house player and wildcard housemate Paco Evangelista came as the Fourth Big Placer with 17.10% of the votes. Biggel and Paco got P500,000 and P300,000 respectively.

After staying inside the famous Big Brother house for 155 days, the Big Four housemates successfully completed their final task to remain on a platform for 24 hours, which earned them P50,000 each to be donated to their chosen charities.

The successful Big Night ruled the trending topics on Twitter, with the term ‘Congrats Slater’ peaking at number one worldwide. In the Philippines, the hashtag #PBBTheBigNight was the most discussed on the micro-blogging site during the show and hours after it ended. Big Night-related terms that trended globally and locally on Twitter also included ‘Toni Gonzaga in PBBBigNight,’ ‘Iza Calzado,’ ‘El Gamma Penumbra,’ ‘Riggel,’ ‘Go Pamu,’ ‘Quirino Grandstand,’ ‘#PBBTeenEdition,’ ‘Slater or Pamu,’ ‘Hopeless Romantic,’ and ‘Name People,’ a phrase famously exclaimed by Slater at Paco during the M6 week. 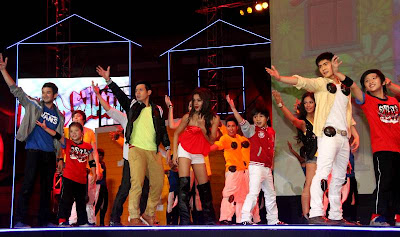 “PBB Unlimited,” the fourth regular edition of the local version of the international TV franchise from Endemol, set out a fresh set of surprises and twists that gave both viewers and housemates the ultimate reality program experience, which began when the housemates occupied the ‘looban’ reminiscent of slum settlements.

Two groups of housemates were made to live in two separate houses, with an afternoon show called “PBB UnliDay” that initially bared updates from the Industrial House and the primetime program “PBB UnliNight” that aired happenings in the Mansion. The season also made use of reserved housemates, some of whom made it to the competition as official housemates after completing a set of tasks.

In the heat of the inter-house ‘Kontra Battle’ games, the housemates were trimmed down to the Top 14 contestants who were compelled to live together and battle for the Big Four slots.

Big Winner Slater, a privileged civil engineer who works for his father’s business, joined PBB to become more mature and independent. Regarded as a leader, he exhibited cleverness in carrying out Big Brother’s challenges as well as compassion for his fellow housemates.