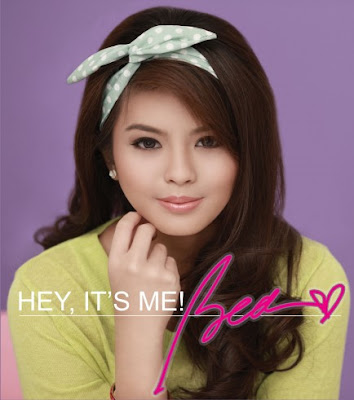 Kapuso tweenstar Bea Binene has just released her debut album entitled “Hey, It’s Me” under Galaxy Records and distributed by PolyEast Records. Her album includes cover songs of such classic OPM tunes including the album title “Hey, It’s Me!” by Joey Albert, “If Only” by Lea Salonga, “Urong-Sulong” by Regine Velasquez, “Sayang na Sayang” by Manilyn Reynes, and “Mahal Kita, Walang Iba” by Ogie Alcasid, which she performed as a duet with love team Jhake Vargas.

Binene revealed to the members of media and bloggers that many already had “judged” her even before she could release the six-track album, She said, “‘Bakit ka magkaka-album? Singer ka ba? Kahit sa Quiapo di yan…’ yung ganun,” said she, recalling some of the negative comments she got. “Ang sabi ko sa kanila, ‘Basta—Abangan!’”

Binene, who is now part of GMA7 primetime series “Luna Blanca,” a regular performer of Sunday variety show “Party Pilipinas” and the junior host of “Good News with Vicky Morales” said she dedicates her album to her loyal fans.