According to PolyEast Records, Jennylyn’s “Forever By Your Side” album has landed in the number 4 slot of Astroplus sales chart during its release in July 23 and keeps on maintaining good sales as day goes by. While her 2004 “Living The Dream” album has sold more than 30, 000 copies. 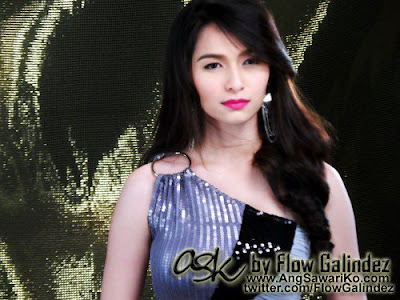 According to Jennylyn, she’s very happy that she was given the chance to showcase her talent in singing aside from her usual acting and hosting stint at GMA Network. Aside from the song “Hindi Ka Na Mag-iisa,” Jennylyn’s 6-track album also included the songs like “Forever By Your Side,” “Parang Kainlan Lang,” “Ganun Na Lang Ba,” “Mahal na Mahal” and “Halik Sa Hangin.”

The “Hindi Ka Na Mag-iisa” music video of Jennylyn Mercado was directed by Treb Monteras, former director in the musical variety show in GMA7 “Party Pilipias” where Jennylyn is a mainstay host. The album is now available in AstroVision, AstroPlus, SM Record Bars, Odyssey and Landmark released by PolyEast Records.