Menu
Search
Broadcast journalists Maan Macapagal and Dominic Almelor will investigate several drowning incidents in a river in Bulacan and will give viewers guidelines on how to prevent drowning deaths in “Pinoy True Stories: Saklolo” this Wednesday (May 8). 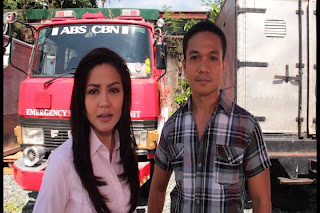 This year alone, a total of fourteen people have already been recorded to have drowned and died in Bakas River in Norzagaray, Bulacan where Bulakenyos usually go to relax and swim. The “Saklolo” episode will detail the stories of two girls who accidentally drowned in the river but were rescued in time.

Watch the episode to know how to avoid drowning at a beach or in the pool, and to know what one should do if his or her companion is drowning.

Meanwhile, broadcast journalist Karen Davila looks into the confrontation between a woman and her physically abusive husband in “Pinoy True Stories: Engkwentro” tomorrow (May 7). Rachel has finally gathered up the courage to stand up against her husband Gepoy, who has repeatedly hit her.

Don’t miss “Engkwentro” tomorrow (May 7) and “Saklolo” this Wednesday (May 8), 4:45 PM in ABS-CBN Kapamilya Gold. Catch the other programs of “Pinoy True Stories” produced by ABS-CBN News and Current Affairs namely “Bistado” with Julius Babao on Mondays, “Demandahan” with Anthony Taberna on Thursdays, and “Hiwaga” with Atom Araullo on Fridays. For updates, follow @PinoyTruStories on Twitter.