Urban Luzon and Mega Manila respectively account for 76 and 59 percent of the total urban television households in the entire country. 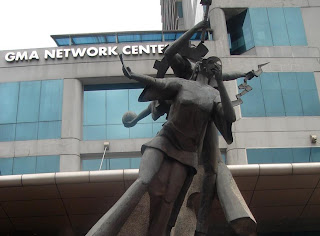 GMA’s winning streak continues in its bailiwick Mega Manila where it scored an average total day audience share of 35.1 percent. ABS-CBN was behind by 6.6 points with 28.5 percent, while TV5 trailed farther behind by 20.8 points with only 14.3 percent.

The Kapuso Network outranked its rival stations across all dayparts (morning, afternoon and evening block) in the said areas. GMA also dominated the list of top programs in Urban Luzon and in Mega Manila, occupying 18 out of the 30 slots in both lists.

GMA’s recently concluded drama program Temptation of Wife, a Filipino adaptation of the Koreanovela of the same title, led other GMA programs in Urban Luzon and Mega Manila.

Other Kapuso shows that made it to the lists of top-performing programs are Kapuso Mo, Jessica Soho, which is a consistent top-rater from GMA, along with Magpakailanman, Indio, Mundo Mo’y Akin, 24 Oras, Imbestigador, Eat Bulaga, Celebrity Bluff and Bubble Gang.