Coming on the heels of the success of the Halloween specials of ABS-CBN’s massively popular news magazine show, ‘Magandang Gabi Bayan (MGB)’, horror shows became a trend on Philippine television in the 2000s. 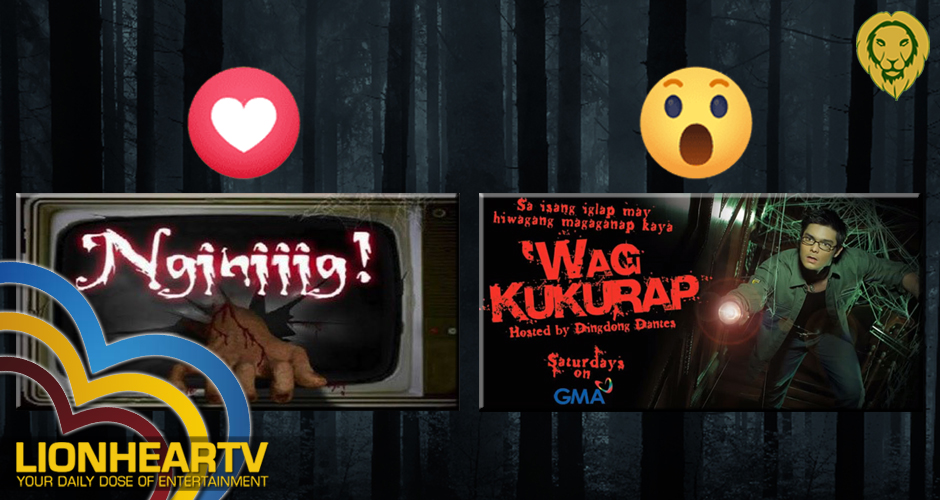 The show went on to become a massive success that ABS-CBN rival network, GMA Network, came up with a similar-themed show. On May 8, 2006, just two months after Nginiiig premiered, GMA started airing ‘Wag Kukurap.

The arrival of ‘Wag Kukurap’ proved to be a serious threat to then-reigning Nginiiig, that after months of losing to the new show, Nginiiig finally bid farewell. ‘Wag Kukurap’ went on to air for 6 more months, after Nginiiig’s cancellation.

Both shows undoubtedly delivered memorable stories that gave their audiences shivers and chills. Nginiiig tapped several big stars of the network, in an MMK-style dramatization that featured some of the spookiest accounts from real people.

One very remarkable episode was the one that starred siblings Vina Morales and Shaina Magdayao in the story of a dead man who woke up in the middle of his funeral wake. There was also this family who butchered their own children and kept their corpses beneath their house, and sold to their neighbors ‘bagoongs’ (fish paste) that contained meat of their dead children.

Just the thought of it makes me cringe. One distinct feature of Nginiiig was its style of re-enacting spooky events, interspersing its scary dramatization with interviews from witnesses, all to multiply the creeps and frights tenfold.

Wag Kukurap, on the other hand, featured real-life stories adapted from the pages of Philippines Ghost Stories and Haunted Philippines.

Popular Kapuso artists were tapped to play in its weekly episodes. Dramatic re-enactments were also its major selling point, but what separates it from Nginiiig is its reality-type approach, as it also engaged audiences in a guessing game.

Every episode, they would show their viewers frightening photos showing ghostly figures captured by the camera, and let them decide which one was fake and which one was genuine.

Nginiiig, after lording the ratings game for a year, suffered declining viewership. In the following year, the showrunners decided to change its host twice. Jericho Rosales replaced Raymond Bagatsing, and Hero Angeles took over the hosting job during the last few months of the show. Dingdong Dantes went on to host Wag Kukurap until its last episode in 2006.

Watching horror films and tv shows during Halloween has been a regular activity for every Filipino for as long as anyone can remember.

This year, as most people are sure to remain (practically) quarantined at home, binge-watching episodes of these past shows will surely be a huge hit － if they are available, of course. ABS-CBN News is set to have reruns of Verum Est’s episodes on Youtube in the coming weeks, which makes us wonder – maybe the old episodes of Nginiiig and MGB Halloween Specials will make a comeback, too.

Nginiiig already re-aired some of its episodes on JeepneyTV and Cinemo!, but since the day of the dead is just around, airing them again even on JeepneyTV’s YouTube Channel, would be enough. And who knows, GMA News uploading Wag Kukurap episodes on their Youtube channel doesn’t sound a remote possibility.