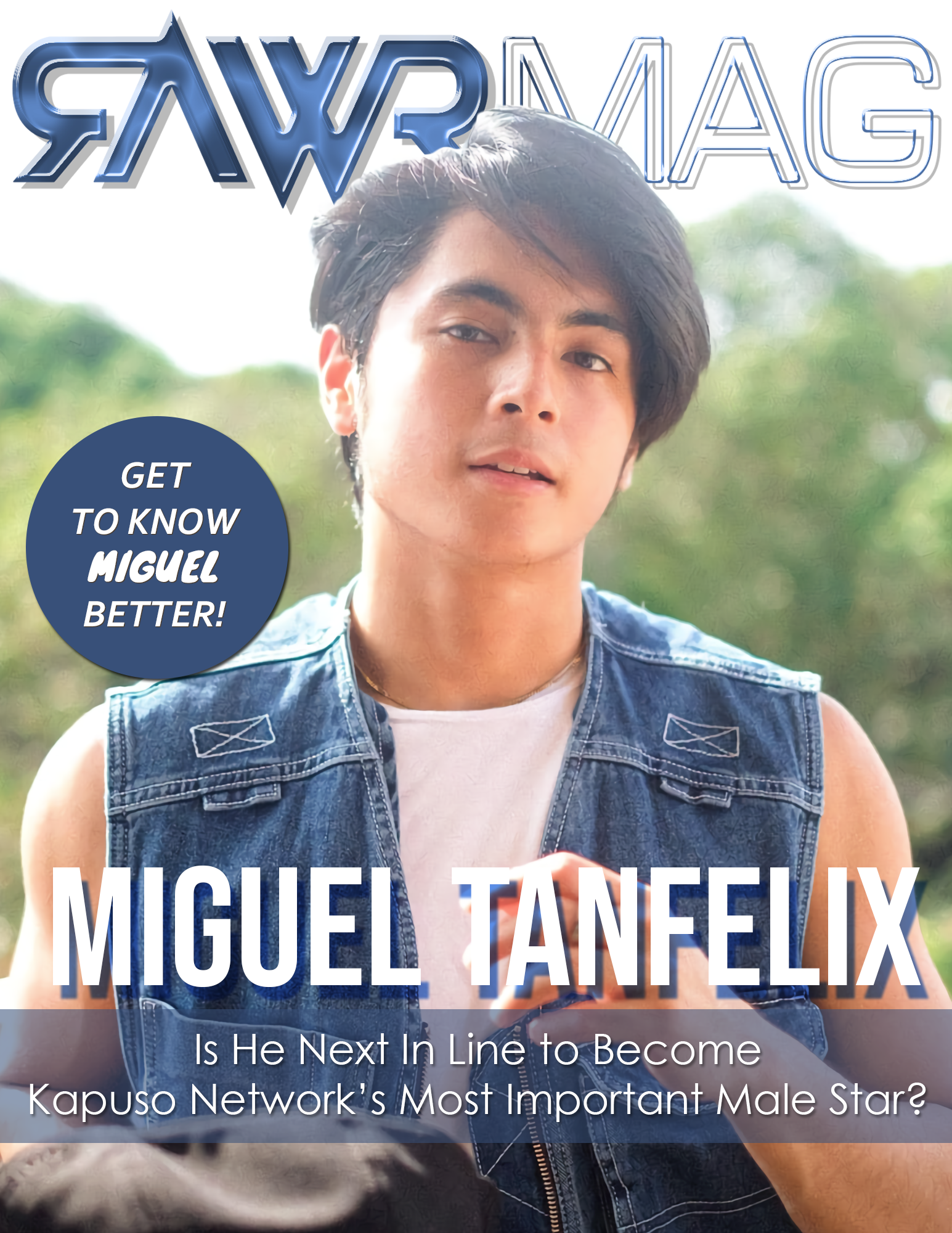 Kapuso Network’s next big star, Miguel Tanfelix, is every bit as exciting as his home network’s foray into more ambitious projects in 2021 and onwards. On the heels of his selection as Voltes V: Legacy’s lead actor, expectations are soaring up for the homegrown Kapuso star, whose streak of lead roles on television and in films turned into a dwarf by arguably his most-important TV show to date.

Will he follow the leads of Richard Gutierrez, Dingdong Dantes, and Alden Richards? His 17 years in show business strongly suggests that he will.

Tanfelix first immersed into the showbiz world when he joined the first and only StarStruck Kids season in 2004. He emerged as one of the runners-up but proved to be the most successful product of the show.

In the same year, he took the role of Pagaspas in the epic fantasy series, Mulawin—a role he reprised for its 2017 sequel, Mulawin vs Ravena. He had a string of supporting and minor roles during the succeeding years, including appearances on the Angel Locsin-led Majika; the afternoon series, Now and Forever: Linlang; the Jennilyn Mercado and Mark Herras-starrer, Ikaw Sana; and the fantasy-themed drama Paroa: Ang Kuwento ni Mariposa.

In 2014, Tanfelix bagged his first lead and title role, via the Telebabad series, Niño, where he took on a role of a special child and was directed by a multi-awarded international director, the late Maryo J. delos Reyes. The then still teen actor, won several nominations from major award-giving bodies in 2014.

The show also marked the first time he worked with Bianca Umali, who would later become his longest on-screen partner. He seemingly caught the attention of the Network’s biggest executives, as more important projects were subsequently given to him, proving his increasing importance as a staple dramatic star the Kapuso network was poised to groom as its most prized talent.

His succeeding television and movie projects would later become screaming testaments to his unfolding as his home studio’s biggest bet to follow the leads of the Network’s most important stars.

Team-up with Bianca Umali and His Breakthrough Overseas.

Groomed to be one of his Network’s prime leading men, Tanfelix is tapped to play in a series of rom-com dramas, both on the station’s primetime and afternoon blocks. His subsequent projects also gave way for his on-screen partnership with fellow Kapuso talent Bianca Umali to grow and for the loveteam BiGuel to be established.

After Niño, Tanfelix and Umali led the 2015 primetime series, Once Upon A Kiss, and the 2016 Afternoon Prime drama, Wish I May. Tanfelix reprised Pagaspas for the 2016 retelling of the hit Kapuso telefantasy Encantadia, which he again played in 2017 on Mulawin vs Ravena. They continued to be a loveteam for follow-up appearances and projects, including the 2018 hit, Kambal Karibal, and the 2019 primetime drama, Sahaya, where the two worked together as both starring roles and a love team.

Tanfelix also starred on some Kapuso anthologies, which served as potent platforms to exercise and showcase his versatility as an actor. Among his most memorable television appearances are those in the drama-anthology, Magpakailanman (2013, 2014, 2015, and 2019), via Dangwa (2015), and Maynila (2015, and 2016).

In 2015, Tanfelix achieved a significant following in Indonesia, following a viral video that featured him dancing to the Brandon Beal hit Twerk It Like Miley. His popularity in the said country prompted several Indonesian media outlets to feature him, and it made him gain more fans outside the country. The now 22-year-old Kapuso star has already sealed several endorsement deals and remains as his home Network’s busiest commercial endorsers even till today.

2021 is poised to be his most important year in show business, as he takes on his biggest role to date.

GMA Network has been gearing up for its most ambitious project in years, for at least two years, and fans have been anticipating with both anxiety and excitement for which actors will play the lead roles. Despite the mixed reactions online when the unveiling of both relatively unknown actors and homegrown Kapuso stars to star the live-action anime series, they still are predicted to become household names. Such expectation is dependent on how the show lives up to its current hype and becomes a top-rating show for the Kapuso network.

In Voltes V: Legacy, Miguel Tanfelix is Steve Armstrong, the eldest of the Armstrong brothers and the leader of the Voltes V team. In the series, Ysabel Ortega as Jamie Robinson is his leading lady. Steve is a skilled marksman and a brilliant pilot maneuvering the legendary Volt Cruiser. The upcoming Kapuso series is poised to be the Network’s ambitious production this year. It predicts to impact the careers of the lead stars, but in the case of Tanfelix, a future filled with more exciting projects and promises to take him alongside his Network’s most-prized stars looming on the horizon, and that’s what makes it exciting.