Actress-model Iwa Moto took to social media to express her dismay over the recent cheating partners issues that have been trending online. 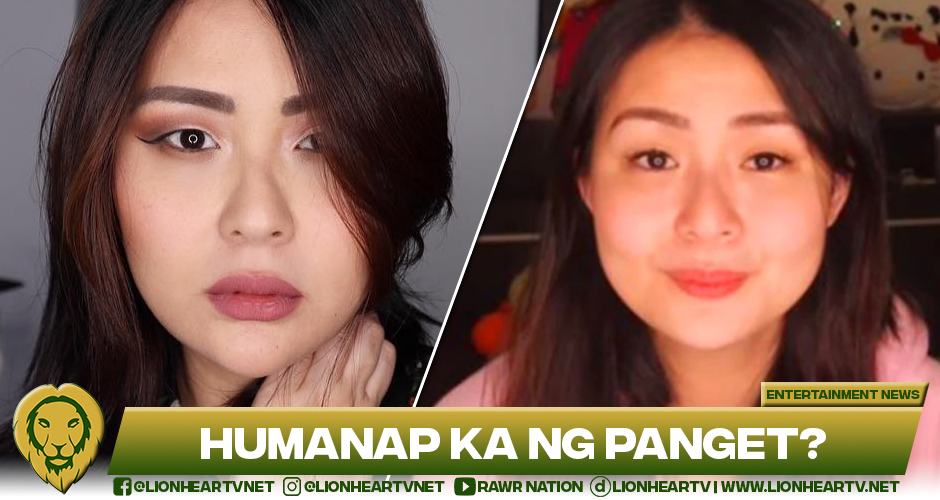 She mentioned that she used to believe in loving someone ugly who would love their partner truly as a reference to Filipino rapper Andrew E’s song ‘Humanap ka ng Panget.’

Moto posted on her Facebook story that unattractive people these days would often cheat on their partners.

The ‘change oil’ issue that the 32-year-old actress was referring to was the issue of a woman who ended her engagement when her partner changed his engine oil with another woman.

The former couple was Katherine Roman and Yves Esteban.

Roman exposed Esteban as a compulsive cheater as she posted a series of screenshots online showing his ex-fiance who was with another woman.

On the other hand, the cheating issue regarding JoLai pertains to Jon Gutierrez and Jelai Andres’s breakup due to alleged cheating by Gutierrez.

JoLai was hoping for a comeback with their relationship as they recently got back together after their breakup two years ago following Jon’s alleged cheating. But their second chance at a relationship was short-lived as they have broken up again due to Gutierrez’s cheating. 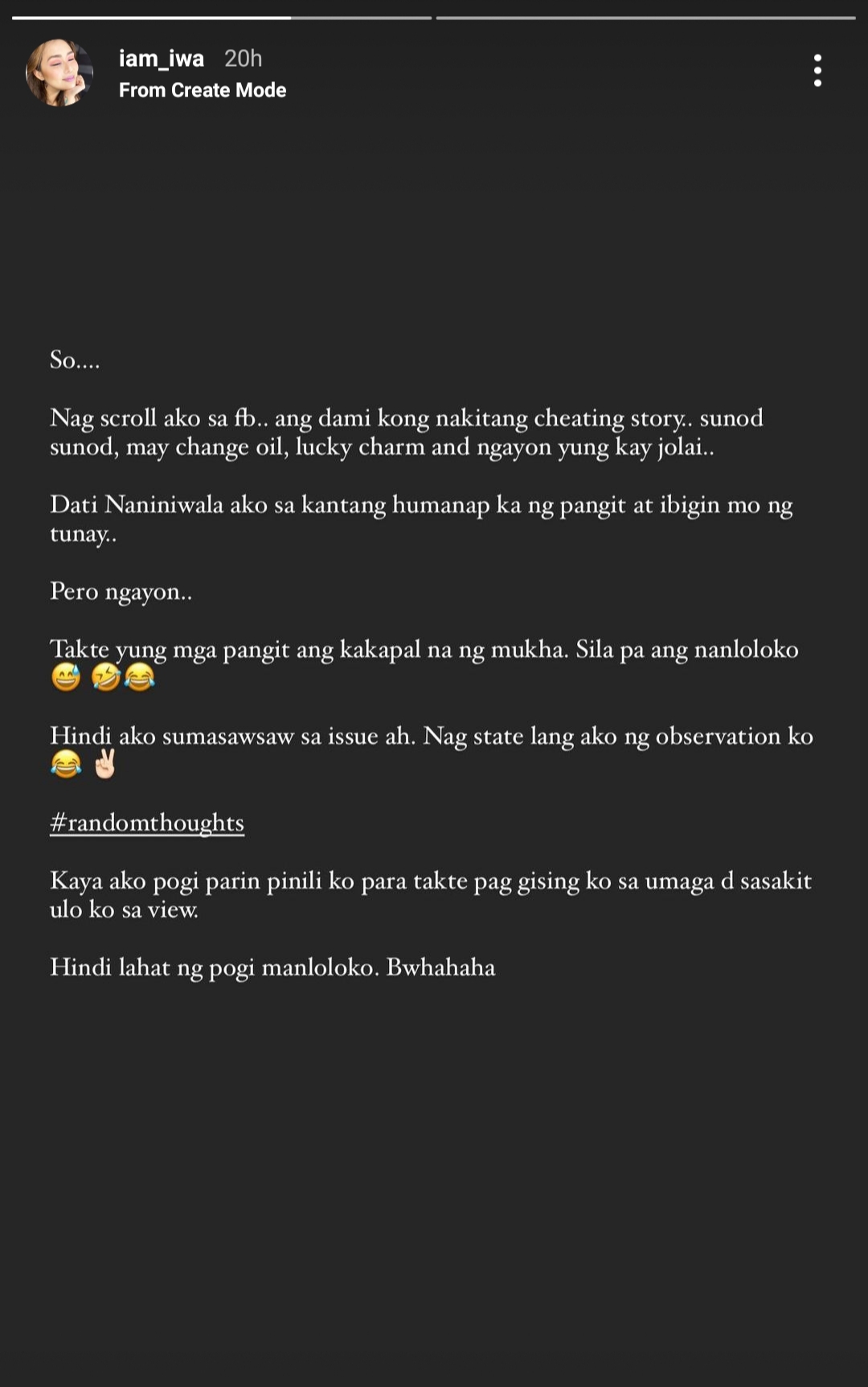 She then explained that she chose to have a handsome partner who is loyal to her contrary to the message of Andrew E’s mentioned song.

Iwa Moto is currently in a relationship with Pampi Lacson. The two have been together since 2013 and recently had their second child on January 21.