One of the Most Accomplished Artists of Her Generation, Salvador takes her empire with her as she begins a new chapter in her stellar career, outside her previous home network, ABS-CBN. 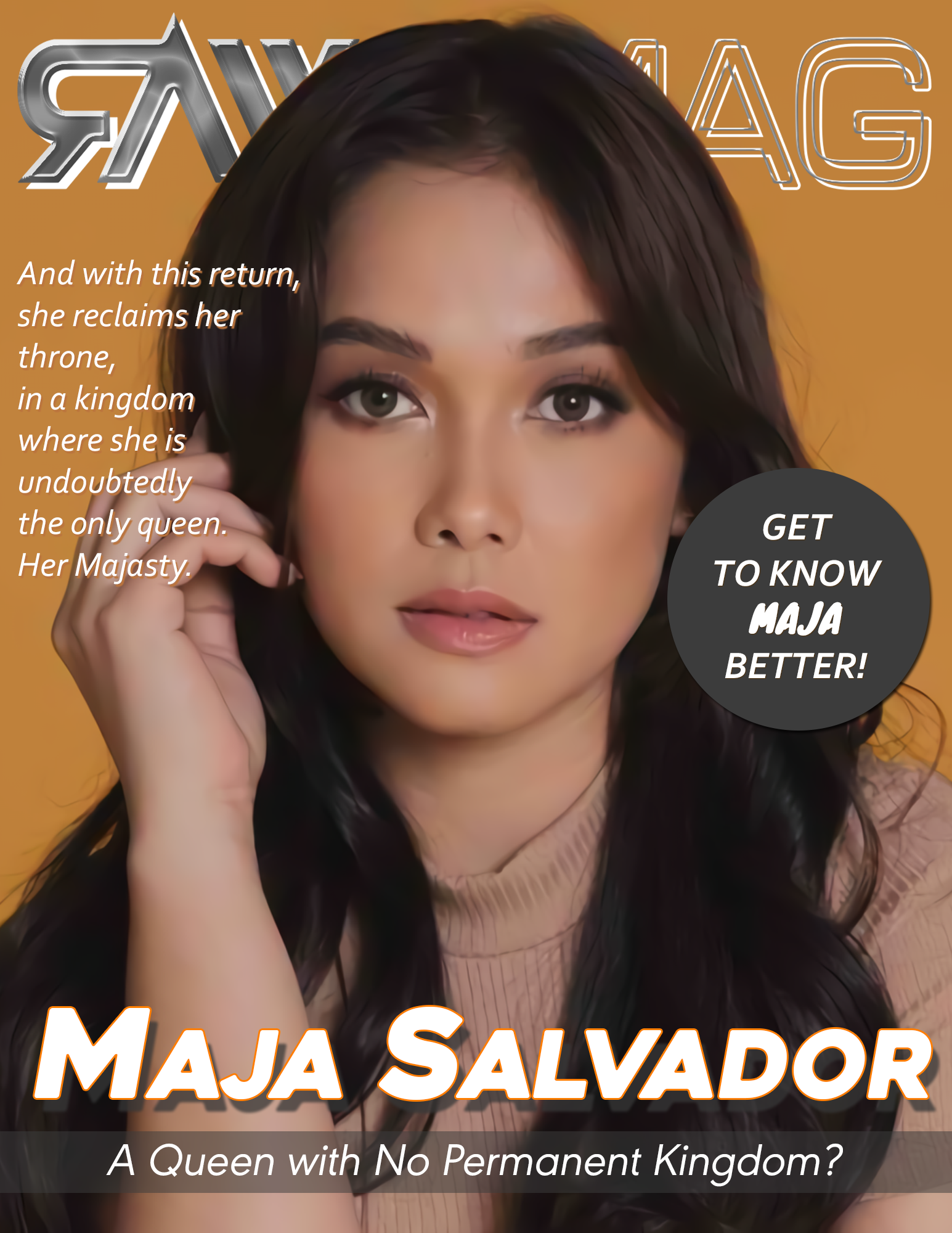 On April 5, Maja Salvador returns to primetime television, marking the first-time local viewers are able to witness her do again what she does best—which is making dramas—nearly a year, after departing from ABS-CBN.

There is no doubt she will remain the great actress she has always been, but she has fewer viewers now to witness her slaying roles again. And now that there are questions about her possible return to ABS-CBN, will she ever keep her place as among her generation’s most important stars?

The answer may ultimately lie in her unfading brilliance as an actress.

Whether people accept it or not, Salvador is an acting royalty, most of her contemporaries can never contend with. Her distinguished acting prowess and unquestionable versatility have catapulted her to incredible fame, having completely immersed herself into a number of roles and genres, in her nearly two-decade career. From her sensational acting debut on the TV Series, It Might Be You—which didn’t only expose her overwhelming potential as a promising drama star, but also her brimming ‘dance floor’ appeal—to her show-stopping performances in both movies and television, including her breakthrough role as Ivy Aguas or Lily Cruz in the mammoth pre-primetime television hit, Wildflower.

Salvador has no doubt gone a long way in proving the industry of her brilliance. She is an A-list actress with a rich and powerful acting portfolio, no other artist in her generation can ever go head-to-head with.

The now Kapatid actress has delivered her tremendous artistry in a streak of both commercially and critically-acclaimed films and TV series, earning her accolades, to make her one of the industry’s finest actresses.

In 2012, Salvador earned her first Best Actress trophies for her singular performance in the indie film, Thelma, bringing home top honors from both Gawad Urian and Luna Awards, which are two of the most prestigious award-giving bodies in the local entertainment scene. In 2015, Bridges of Love, in which she starred alongside then fellow Kapamilya stars, Paulo Avelino and Jericho Rosales, gave her her first PMPC Star Awards Best Actress trophy.

For her performance on massive television hit, Wildflower, she received top accolades from a number of award-giving bodies including the Guillermo Mendoza Memorial Scholarship Box-Office Entertainment Awards (GMMFSF), the PMPC Star Awards for Television, and the Gawad Tanglaw Awards. She also received multiple nominations for her performance in I’m Drunk, I Love You (2017).

As a multimedia icon, Salvador also made some success in the recording scene. Both her studio albums from Ivory Music and Video are certified Platinum, and her single, Dahan- Dahan went on to become a popular dance anthem. It is also through her unrivaled dancing skills that she keeps today her place, as among the most popular dance icons in the entertainment industry, hence the title ‘Queen of the Dance Floor’ she earned. In 2016, she was named as a promising concert performer during the 47th GMMSF Box Office Entertainment Awards.

Following ABS-CBN’s shutdown in 2020, Salvador took a gamble to explore opportunities outside her home studio. Along with other popular Kapamilya personalities, she hosted and performed (on) TV5’s Sunday musical variety noontime show, Sunday Noontime Live!, to rival ABS-CBN’s ASAP Natin ‘To, to which she previously belonged. The move was undoubtedly risky, and has reportedly compromised her relationship with ABS-CBN and her talent management agency, Star Magic, from which she eventually would say goodbye. Just this March, she set-up her own artist management company, marking a surprising new turn, in her vivid and colorful showbiz career.

It’s hard to believe Salvador will fail in her quest to keep her journey going, judging how she managed to get to the top through her talent, alone. There is no denying that the limitations presented by TV5 will provide a few bumps, but she is definitely getting there—at least, that’s how her path to superstardom, that made her one of ABS-CBN’s most prized stars, reveals. She remains a queen, albeit in another territory, and if her followers literally follow her wherever she goes, that should not surprise her.

Now set to return to the small screen, via the inspirational tv series, Niña Niño, Salvador enters an exciting phase of her continuously blossoming career. And with this return, she reclaims her throne, in a kingdom where she is undoubtedly the only queen. Ladies and gentlemen, Her Majasty, Maja Salvador.