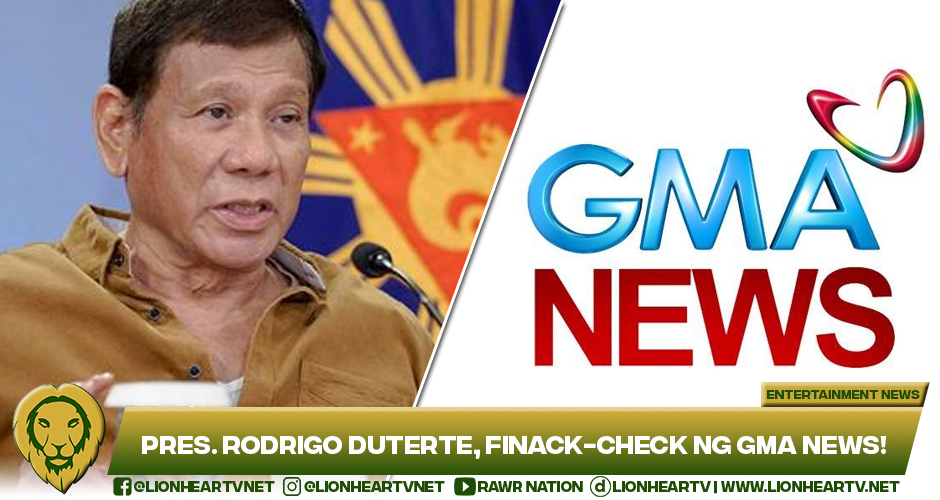 He refuted Duterte’s claim that the Government didn’t lack directives in dealing with the COVID-19 pandemic from the start.

A tweet from a clip of Saksi’s where it featured President Duterte’s ‘Hindi tayo nagkulang’ in handling the COVID-19 pandemic.’

The reporter who reported the story, Joseph Morong, immediately narrated a list of breakdowns that refuted the President’s assertion.

Morong even quoted President Duterte where he said, “As of this time, I am not for it. it would not be fair.”

This was what PRRD said regarding Travel Ban from China, which was also agreed by Presidental Spokesperson Harry Roque who said ‘Not at this moment.’

Morong also didn’t miss President Rodrigo’s statement after the first case of COVID-19 in the country, saying that “Nothing really to be extra scared of that Corona Virus thing.”

With the short, but exact reporting of Morong on GMA Network’s Saksi, a lot of netizens reacted and applauded the show for such brave reportage.

The only reason you had the gall to say na ‘hindi kayo nagkulang’ eh dahil THATS WHAT YOU WANT YOURSELF TO BELIEVE.

But hours after the said ‘fact checking’ report of Morong, the same netizens who commended the network for the news ‘allegedly’ removed Morong’s reportage.

The said tweet of GMA News, which featured Morong’s ‘fact-check’ is no longer available online. It got deleted from twitter and edited out on YouTube, as of this writing.

Wait… the YouTube link I posted above was the 8-minute fact check report when I first posted it. Now @gmanews changed it to a 2-minute inoffensive report. What gives?

And the Saksi video (where I extracted the above video), now does not have the fact check? What the hell is happening?https://t.co/4zdPOCWBeq

Manipulating the media I guess. That's what the gov does anyway. Buti May resibo padin tho. Ipakakat natin to 🙂