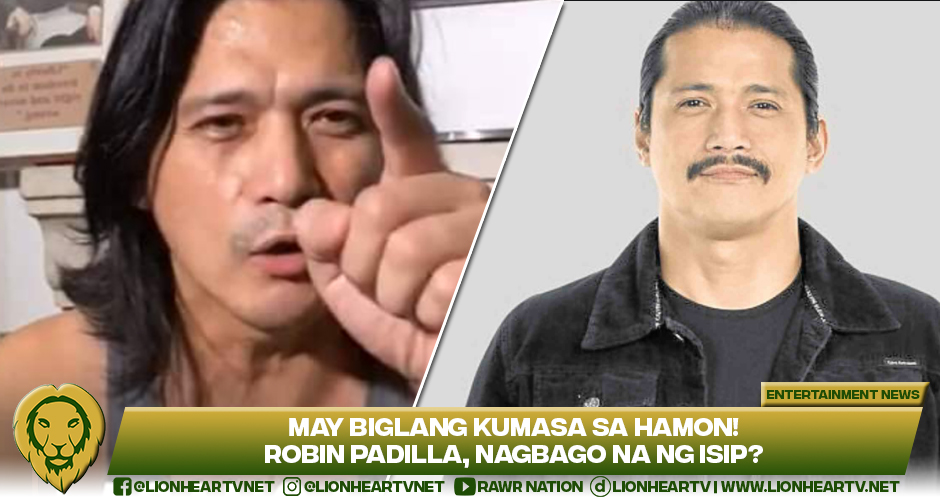 In his recent facebook video, Padilla called out the opposition, including Senators Francis Pangilinan and Risa Hontiveros, retired Supreme Court Associate Justice Antonio Carpio and musician Jim Paredes for their opinions regarding the territorial dispute at the West Philippine Sea.

To prove their bravery, he dared them to join him and form a militia to face the Chinese fishing and militia vessels in the area.

The actor believes that this kind of argument during the pandemic is futile so, they should join the militia to counter the Chinese presence if they are brave.

Padilla then assured them that his offer is serious.

So what Robin Padilla is suggesting that we form a militia navy and sail to the WPS without any training or preparation is basically a suicide mission. And this, people, is the hallmark of Duterte’s gov’t. Bara-bara lang, walang isip-isip, kaya nagkanda-leche leche ang Pilipinas.

congratulations robin padilla for being a national embarassment ❤️

Though Robin expressed his will to protect the armed forces, Army Col. Logico accepted the challenge, but he has few instructions for Robin before proceeding.

Logico advised the actor to get a haircut first then, apply for a Master in National Security Administration (MNSA), where he will be Padilla’s mentor, and proceed to Command and General Staff College (CGSC), the third step.

“If you make it past step 3, you will have the minimum competency to become an RCDG (Regional Community Defense Group) Commander. That will put you in a better position to challenge,” Logico firmly wrote.

After those comments of Logico, Padilla backed out and apologized to the Colonel.

He expressed his respect to the Colonel and admitted that he wished to be a highly trained officer like Logico.

“I apologize if in any way I offended you with my video. Sir, it’s too late for me to dream and become a highly trained officer like you. If destiny allows it I will just see you there in the high seas, not as a foe but a civilian ally…” Padilla said.

He remained untrue to his words and backed out after a high-ranking official took upon his challenge.