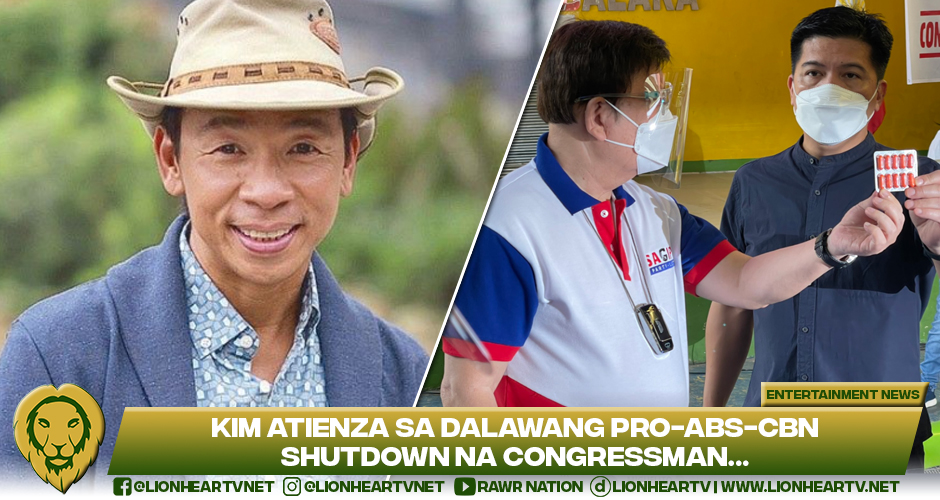 In a tweet, Kuya Kim commends ABS-CBN News for covering the Ivermectin distribution of Defensor and Marcoleta despite their roles in the ABS-CBN franchise rejection.

According to Kuya Kim, ABS-CBN is very fair in their news coverage giving mileage even to those who are “proudly responsible” in the Network’s free TV shutdown.

“My station covers ALL news, even about the two gentlemen proudly responsible for my station’s lack of franchise and my staff’s loss of jobs. Just wanted to say that. @ABSCBNNews”

My station covers ALL news, even about the two gentlemen proudly responsible for my station's lack of franchise and my staff's loss of jobs. Just wanted to say that. @ABSCBNNews https://t.co/RoVeZpPsEp

Despite the warnings from the Food and Drugs Administration (FDA) and Department of Health (DOH) against the distribution of unregistered drugs, Defensor and Marcoleta pushed through with the distribution of anti-parasitic drug Ivermectin to their constituents in Quezon City on Thursday, April 29.

Ivermectin is still un-registered for human use in the country although FDA has issued several compassionate specia permits to two hospitals.

Meanwhile, Defensor and Marcoleta were instrumental in the rejection and denial of the ABS-CBN franchise.

They were two of the main oppositions to the Kapamily network’s franchise application during its hearing.

Marcoleta led them by bringing up several violations which were all completely debunked by respective government agencies.

Defensor, on the other hand, also pushed some issues and propaganda against ABS-CBN during the hearing but also wasn’t proved.