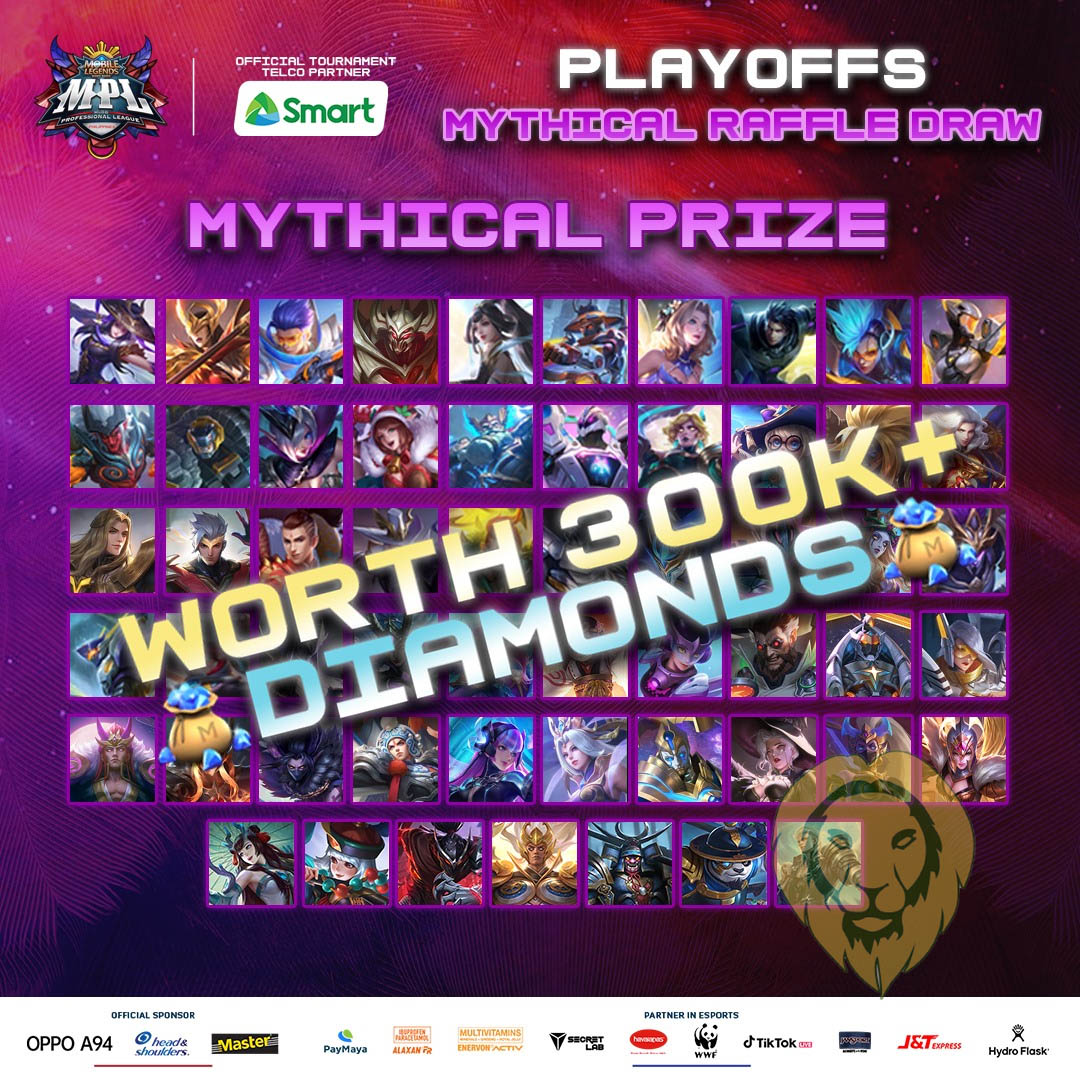 After weeks of grueling group stage matches, the final eight teams have secured their Playoff slots and are now ready to compete for the well-coveted championship title.

The defending champion, Bren Esports is also back in the Playoffs for MPL PH Season 7, a chance that was almost threatened by their slump early in the group stage. The Season 6 titleholders managed to quickly bounce back and return to form. However, winning crucial matches and earning more than enough points to secure an upper bracket slot.

Last season’s finalists, Omega Esports, also make their playoffs appearance in MPL PH Season 7. Like Bren Esports, Omega Esports’ journey to the Playoffs was not easy. They have suffered from defeats early on but managed to push themselves up on the group rankings.

Joining the upper brackets is Aura PH, who are looking to grab the championship title. With a lineup composed of former two-time MPL PH champions, Aura PH nearly breezed through the rest of Group A, ending their run with a 9-4 WL record.

The intensity flares up in the Lower Brackets

Despite their impressive early group stage run, Work Auster Force has been stumbling in the last few weeks and is now ranked #3 in their group. The super rookies have demonstrated that they are a viable threat, and the team is expected to show the same level, if not more, of skill and bravado now that they are in the playoffs.

Nexplay Esports also make a return to the playoffs in the lower bracket after surviving the group stage. Led by famed MLBB Personality and MPL PH Season 1 champion, AkoSiDogie, Nexplay Esports have faced their fair share of ups and downs during their group stage run both inside and outside the league.

Another team that also took the hard path to the playoffs, team Execration’s spot for this season was almost threatened during the final half of the group stage, but they have managed to persevere and move forward.

Completing the eight-team line-up for the playoffs and the lower bracket is team Onic PH. An established brand but with still a relatively young squad, expectations are high for team Onic PH. Just like team Execration, Onic PH is also has been consistently qualifying for with their playoffs appearances in MPL PH playoffs, with the team always making it to the playoffs ever since their debut in Season 4. 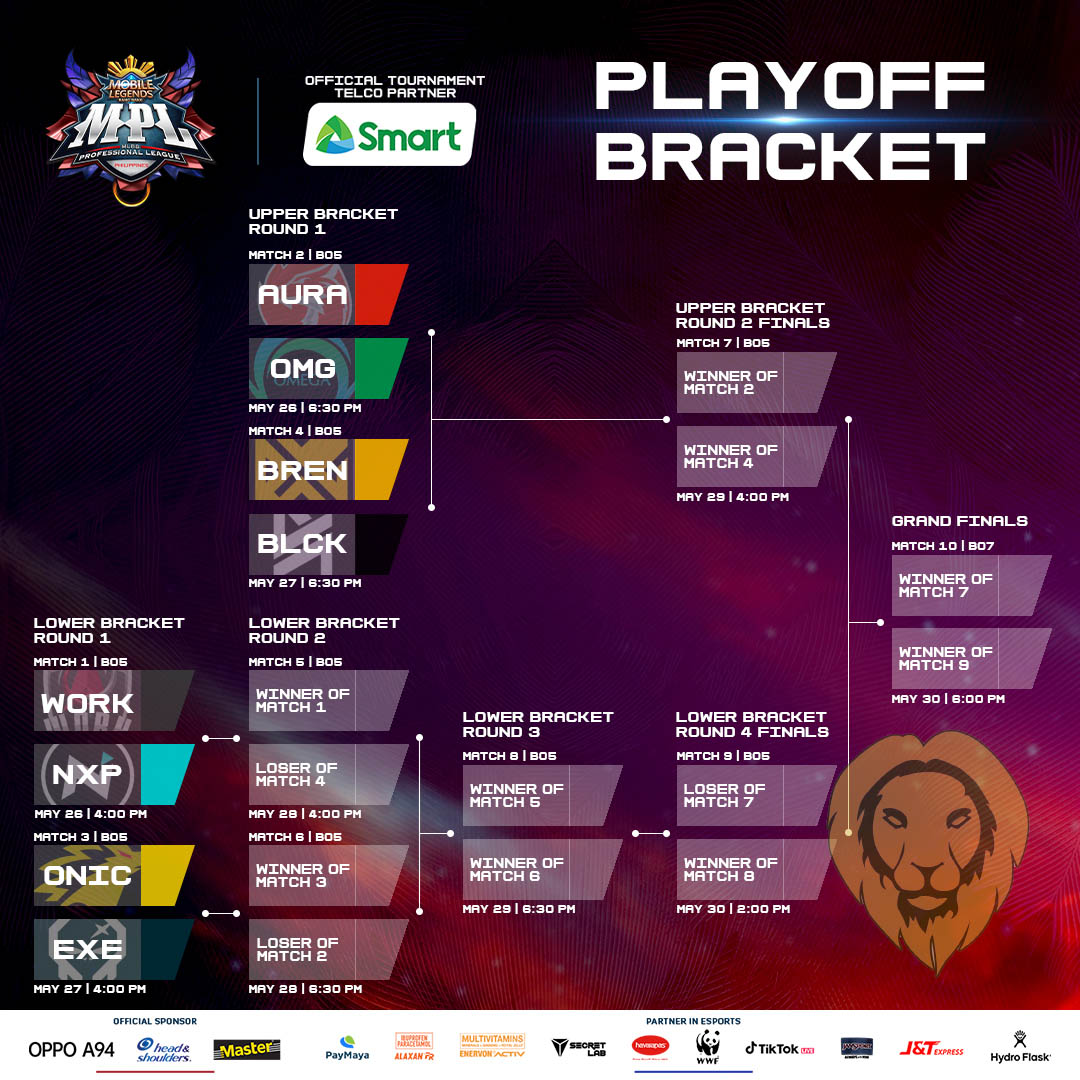 The match schedule for the playoffs are as follows (rolling schedules):

LEGENDARY matches to look forward to!

MPL Philippines will be hosting the Mythical Raffle Draw event for all gamers. To join, do visit: bit.ly/MRDS7PO.

Participants can also stand to win an in-game item package (containing a #MLBB skin worth up to 899 diamonds). The winners will be announced during the Playoffs livestream, and they can bag exciting Mythical and Legendary prizes – that also comes with in-game items and other sponsored gifts.

During the Playoffs livestream, viewers can stand to win rewards just by watching! By submitting answers to the link displayed during the livestreams, each participant is eligible for one in-game gift pack (worth up to 899 diamonds), that’s held every match day. MPL PH will also be hosting a predictions event with TikTok PH as well, do check out the official TikTok handle for the latest updates.

For more information on the MPL-PH Season 7 matchups and schedule, check out the official MPL-PH website.