Now that Darna is reportedly making its TV comeback soon, the time seems to be ripe for the return of Dyesebel. Or should it be Marina who should have its remake? 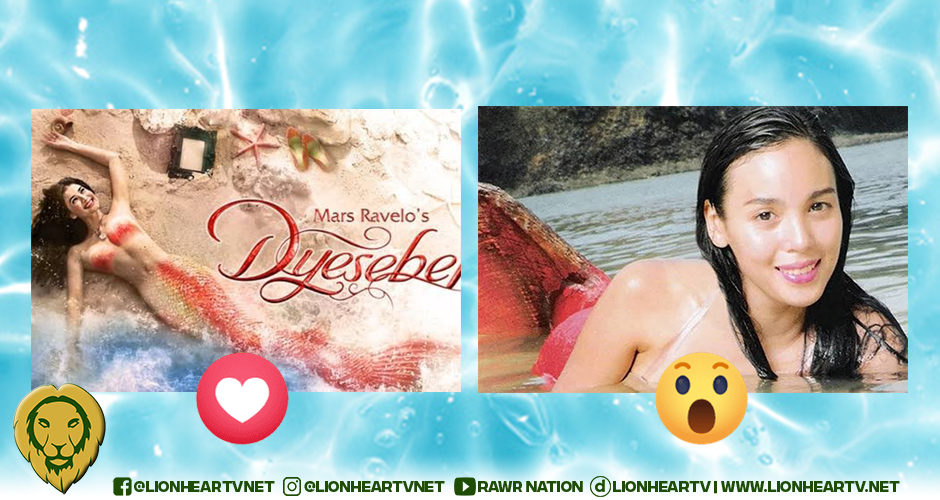 If reports are accurate, she and her co-stars—most of whom are yet to be named—will enter the show’s first lock-in-taping in October.

The announcement of de Leon’s character’s departure from the nearly six-year-old Coco Martin-headlined series is said to be in preparation for the De Leon official transition to the highly-anticipated superheroine series.

Teeming up with excitement for the woman in the red suit to return to the skies, there are other Mars Ravelo’s creations that fans are longing to see again back on the small screen—or the big screen, whichever is possible.

Take Dyesebel, for example, whose ABS-CBN adaptation in 2014, was met with mixed reviews. GMA Network’s version in 2008 is arguably better, at least, to most fans.

When it comes to ratings, GMA Network’s adaptation is a runaway winner, as the series produced some of the network’s most-watched primetime episodes, that year. It also solidified Rivera’s status as the new Kapuso primetime queen, following Angel Locsin’s transfer to ABS-CBN, and after Rivera’s breakthrough launch, via the first Filipino TV adaptation of the Mexicaniovela hit, Marimar.

The idea of seeing the well-loved Pinay mermaid back onscreen, seems to generate more interest, than other Ravelos characters, like Lastikman, Captain Barbell, and Bondying.

That said, entertaining the idea of bringing Dyesebel back on television, after her largely forgettable comeback in 2014, may likely raise the brows of devoted fans of another popular Pinay mermaid—Marina. The series which starred Claudine Barretto in 2004 began an era in Philippine television, where fantasy-themed series like Mulawin and Encantadia, dominated the TV rating game. The series remains as one of ABS-CBN’s most successful fantaseryes to date, and clamor for its return has been gaining volume ever since.

Viewers who missed Marina are recently indulged by ABS-CBN when it uploaded episodes of the series to Jeepney TV’s official YouTube Channel. While the excitement it generated is enormous, seeing the beloved character being played by another talented actress, will likely excite more Kapamilya audiences.

That said, which of these two well-loved sea goddesses should make a TV comeback?

Viewers need to be patient with these requests, given ABS-CBN’s current situation, but should they recover and finally become able to bring these characters back, the possibility of seeing either of these two characters return will be a welcome treat.