The Kapuso show Legal Wives will now have the chance to compete against the Kapamilya show FPJ’s Ang Probinsyano since it has a new timeslot. 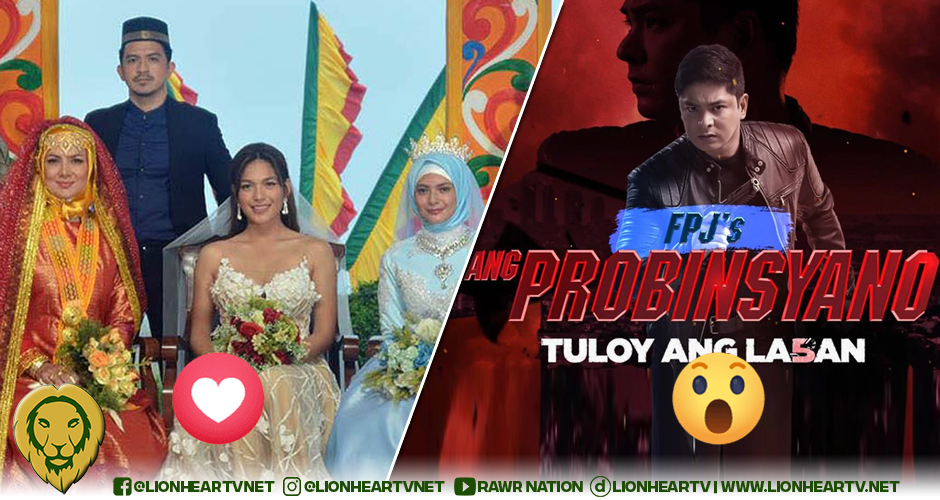 Starting Monday next week, Legal Wives will replace The World Between Us (TWBU) as GMA Network’s first show for GMA Telebabad.

Currently, TWBU occupies the 8:00 p.m. slot of GMA Telebabad. With the series’ season break–Legal Wives will replace the vacated timeslot. It allows the show to take on a fight with FPJAP.

But FPJAP‘s rival is a strong competitor.

Legal Wives has a unique story compared to all other TV shows in the Philippines.

The Kapuso show tells the story of a Maranaw man who marries not one, but three women for various reasons.

It is such an interesting take on Muslim’s married life and a mix of polygamy. However, one of the main reasons why Filipinos should watch the show is that it does not involve mistresses.

More than that, it will also talk about socio-political and cultural topics involving Muslim life as Legal Wives aim to shed light on their culture and tradition, which few are aware of.

Not only is the show star-studded, but it is also well-researched since Legal Wives‘ plot is as controversial as it gets.

On its pilot episode, the series earned a rating of 11.9%, based on AGB Nielsen NUTAM People Ratings.

The Kapuso show fared well in its first week on air, averaging 11% in ratings.

Furthermore, Suzette Doctolero, its screenwriter, assured the viewers that Legal Wives is of ‘quality.’ Given she is responsible for the show’s story, there is no doubt that the plot is also rich.

It means that Legal Wives is a worthy opponent for FPJAP who has been on Philippine televisions since 2015. However, with Julia Montes now part of the Coco Martin-led Kapamilya show, a tight fight is looming on the horizon.

Who will have the best TV rating once these two shows clashed? Tune in next week and be the judge of who will emerge as the victor.