Suzette Doctolero explained that she was only carried away knowing that Legal Wives had poor ratings in its previous episodes. 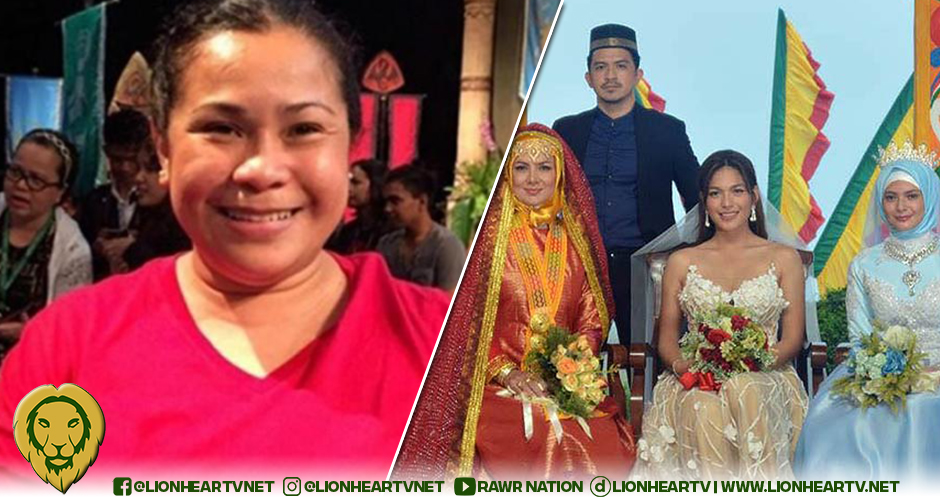 The screenwriter then clarified that her want was meant for Filipinos to actually support the show and not just commend how it was beautifully made.

Suzette Doctolero, the writer of the Kapuso show Legal Wives on Wednesday, August 25, got frustrated about the show’s ratings.

Before she wrapped up the post, she added that she was wrong to think Filipinos would [really] patronize Legal Wives, which has a unique storyline than the rest of current shows on Philippine TV.

Doctolero has the right to be frustrated, given how the show fared on ratings. On July 19, the screenwriter assured the viewers that Legal Wives is of quality.

Though she expressed her frustration, Doctolero is hopeful that its ratings would go up with Legal Wives’ new timeslot next week.

However, Kantar Media has long stopped releasing TV ratings in the Philippines for more than a year. Nevertheless, Legal Wives‘ story gets more exciting starting on Wednesday’s episode, given that it is a one-of-a-kind show.

Dianne, played by Andrea Torres, will finally meet the family of her now-husband Ishmael (Dennis Trillo) and his first wife Amirah (Alice Dixson).

Tune in on Legal Wives weekdays, 8:50 in the evening on GMA Network.