Pinoy fans, get ready to suit up! DC FanDome, the ultimate global fan experience, will return on Sunday, October 17 (in most Asian timezones), with an all-new, epic streaming event.

The free virtual event will once again welcome fans from around the world to immerse themselves in the DC Multiverse at DCFanDome.com and celebrate the stars and creators of their favorite feature films, live-action and animated television series, games, comics, home entertainment releases, and more. 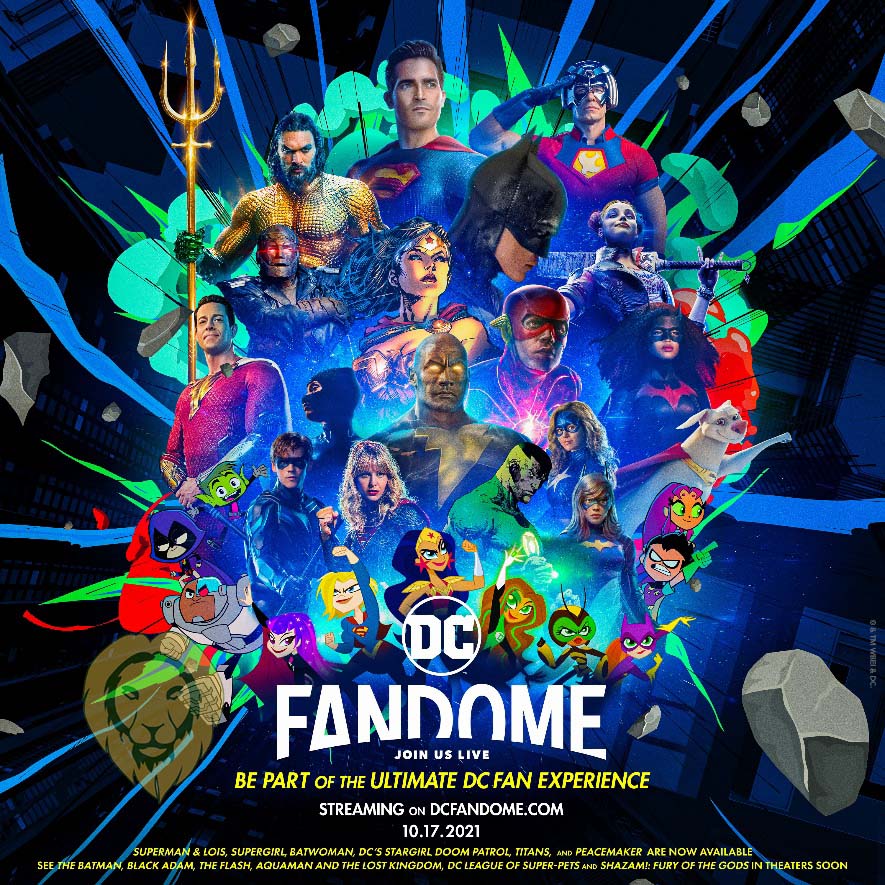 Ann Sarnoff, Chair and Chief Executive Officer, WarnerMedia Studios and Networks Group, said: “DC FanDome 2020 was the first-of-its kind global virtual fan experience and showcased every aspect of the DC Universe with unprecedented scale and access. This year, we’re taking everything that people loved about DC FanDome and supercharging it to super-serve fans with even more exclusive first-looks, breaking news, in-depth interviews and insight from the stars and creative teams of their favorite DC content.”

Once again, DC FanDome is going to be a family affair, serving the youngest DC fans with their own special experience in the DC Kids FanDome. Kids and their parents around the world can explore the DC Multiverse alongside their favorite DC Super Heroes, catch sneak peeks of upcoming DC animated adventures like Batwheels, DC Super Hero Girls and Teen Titans Go!, and immerse themselves in at-home digital activities all in a safe, kid-friendly environment at DCKidsFanDome.com.

In addition to joining the DC FanDome at the main DCFanDome.com destination, fans will be able to watch the event via Twitch, YouTube, Facebook and Twitter. DC FanDome will be fully accessible on phones, tablets, laptops, or desktops, allowing fans to take DC FanDome with them wherever they are.

For all the latest scoop on DC FanDome, please be sure to visit DCFanDome.com regularly for news and updates. By registering at DCFanDome.com (it’s free!), you’ll get DC FanDome news directly in your inbox and gain access to members-only exclusives. And please follow the #DCFanDome hashtag on social media and the DC social channels on Facebook, Instagram, and Twitter. For updates from Asia, please follow the DC Asia Facebook page.

DC FanDome 2020 was the first-of-its kind global virtual fan experience and brought together the largest gathering of talent, announcements and content reveals in DC history. DC FanDome: Hall of Heroes and DC FanDome: Explore the Multiverse supercharged the worldwide fanbase, generating over 22 million global views across 220 countries and territories with more than 150 million views of trailer content.