The much-talked-about noontime contest honoring Filipino moms is having its grand finals this week as the monthly finalists compete to be the first grand winner in “Reina ng Tahanan: Ang Pinakatatanging Ina” on “It’s Showtime” on Saturday (Nov.20).

This week, 12 lucky Reinanays are returning for a wild card round, taking a second shot to become a grand finalist in “Reina ng Tahanan: The Mommy Returns.” They will have to bring their A-game and impress the royal choosegados led by the Amy Perez, Janice de Belen, Ruffa Gutierrez, and special guest Regine Velasquez. 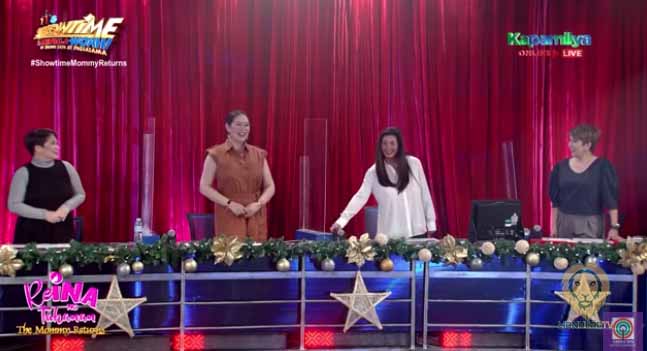 Find out who among the returning Reinanays will complete the set of finalists and join Diana Jade Salundaguit, Catrina Antonio, Analyn Salvador, Zenaida Villas, Lilia Aban, Yolly Magat, and Julianne Torres in the grand finals this weekend.

Meanwhile, the celebration of the program’s 12th anniversary continues with its line-up of artists who will be playing on “Madlang Pi-Poll.” “Viral Scandal” lead stars Dimples Romana, Jake Cuenca, and Charlie Dizon, tried to guess the answers of the madlang pipol and took home P70,000. They decided to donate their cash prize to the 100 families from Project 6, Quezon City, whose houses burned last June. 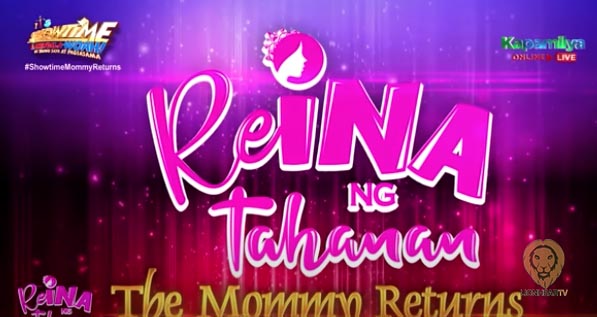 Watch out for the celebrity mothers Candy Pangilinan, Vina Morales, and Shamcey Supsup, Pinoy Big Brother hosts Bianca Gonzales and Enchong Dee, ABS-CBN News reporters Jeff Canoy, Johnson Manabat, and Migs Bustos, and the members of the Ex-Battalion as they try to sweep all the seven rounds in the contest.