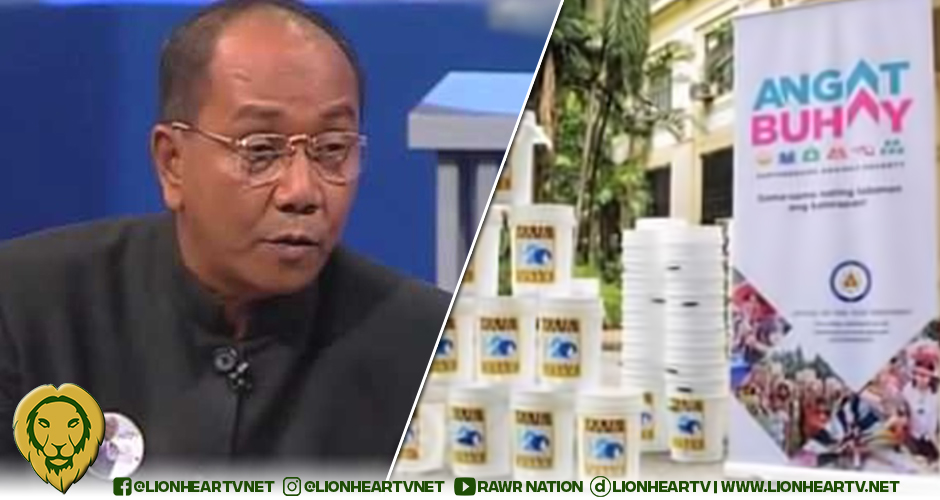 On January 12, in a now-deleted post, Sonza called out Robredo via his personal Facebook account for allegedly using used paint drums as water containers for the ‘Project H2O: Help To Others’.

Sonza shared a photo of the water containers and claimed that these contain Lead, which is harmful to humans, and blamed Robredo for initiating such a project.

However, Sonza’s claims are wrong because the containers shown are water filters turned over by the UP College of Medicine and Physicians for Peace – the Philippines to the Office of the Vice President in 2017.

Those water filters were then sent to Marawi by the OVP as relief for the siege victims.

UP Diliman Professor and Physician Gideon Lasco pointed out how unacceptable it is that Sonza discredited the efforts of medical students to help in the project.

Jay Sonza needs a filter for his foul mouth. His disparaging these medical students' noble project is unacceptable. https://t.co/pWGqTmZUqi

@rryyyaaaannnn believes that Sonza should be sued for his rampant spreading of false information online.

Sonza should not be trusted anymore because most of his statements are invalid and invented.

DO NOT TRUST JAY SONZA

The Mu Sigma Phi Fraternity, the in-charge of the project, disproved Sonza’s claims and clarified that the containers are food-grade, safe for use, and do not contain toxic materials.

The water filtration buckets used in Project H20 are FOOD-GRADE, SAFE FOR USE and that NO TOXIC MATERIALS are included in their assembly.

Just recently, he also claimed that the daughters of Robredo have skipped quarantine as they return to the country after their vacation in the USA.

Robredo has disaffirmed this claim of Sonza and clarified that her daughters strictly followed the quarantine procedures before going home.

Sonza is an open supporter of the Presidential candidate Bongbong Marcos and a solid antagonist of Robredo.