Wild, riveting, and vivid, this new raunchy drama fixes its lens on the relatably devastating survival tales of individuals who are on the verge of collapse. 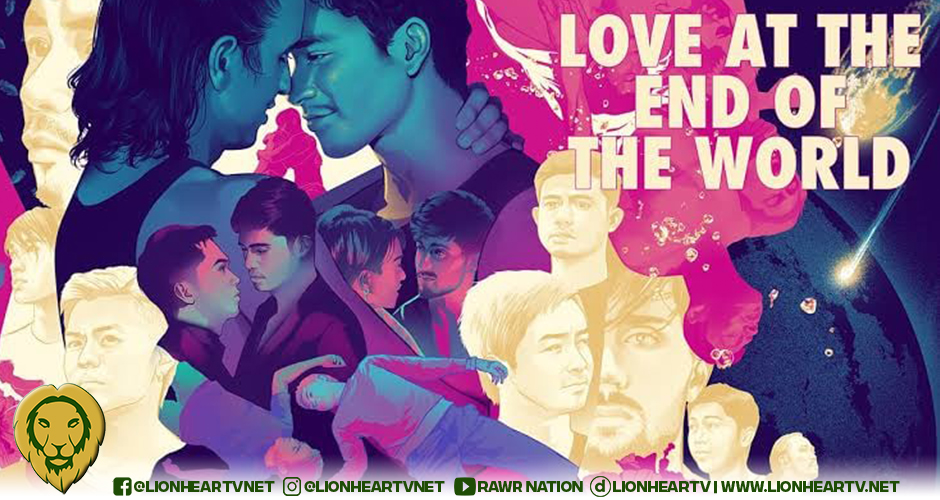 Why You Should It:

The new provocative boys’ love (BL) drama from GagaOOLala, involves a man running naked, in every episode. Featuring four couples, all confronting the end of days in Love At the End of the World. Either to open or close am episode–bares nude male characters, although that could be just a metaphor to a deeper theme the series intends to explore.

An asteroid predicted to create a globally-destructive impact is set to hit the Earth in seven days.

The live-in couple, Sam (Rex Lantano) and Ben (Kristof Garcia) receive the news while both are being haunted by their respective ghosts: Sam, by his departed ex, George (Mike Liwag), and Ben, by his homophobic father, played by seasoned actor Simon Ibarra. In another undisclosed location, Mark (Markki Stroem) and Kaloy (Khalid Ruiz) take care of their bedridden, benefactor, Rener, who now seems resolved to end his life. In yet another place, Tony (Nico Locco), drowns himself in depression and lurid thoughts about what he calls the perfect suicide. He gets a companion in the similarly suicidal, Ian (Gold Azeron). Another couple, Renzo (Elijah Filamor) and Cris (Yam Mercado) plunges into the brink of breakdown, as they both fight the upshots of drug withdrawal.

The series serves as Bacolod’s directorial comeback, following years of devoting himself to producing. Here, he designs an aesthetic feature brimming with raunchy charms and elegance, although he is more resonating when he allows his characters’ glaring personal tales to work.

Each episode runs approximately for 20 minutes each, that it’s understandably hard to find nuances in characters; but to the show’s credit, the set of characters it is able to introduce is vividly clear, with all their emotional layers and refinements. Wild and explicit in nature, the series is most mesmerizing when it tackles  the transformative power of human desire.

The choice allows viewers to see the characters as mere duplicates of their own personalities, and their stories as mere mirrors of the viewers’ own sentimental plights and struggles.  Never has this been truer, in the context of local BL drama, than in Love At the End of the World, a heartfelt, albeit confusing, mix of gloomy but utterly relatable sketch of personal tragedy and trauma. The remaining parts of this six part-feature should end the conundrum of naked men, and put a fitting end to their interwoven narratives. Until then, we indulge in its sea of sensual delights, while we also torture ourselves with the agonizing truths in the characters’ survival tales.

Stream ‘Love At the End of the World’ on GagaOOLala now. Watch the official full trailer, below: