On Tuesday, August 16, Rep. Rodante Marcoleta targetted the partnership deal of TV5 and ABS-CBN, drawing the ire of Gretchen Ho and Ogie Diaz, along with netizens and personalities. 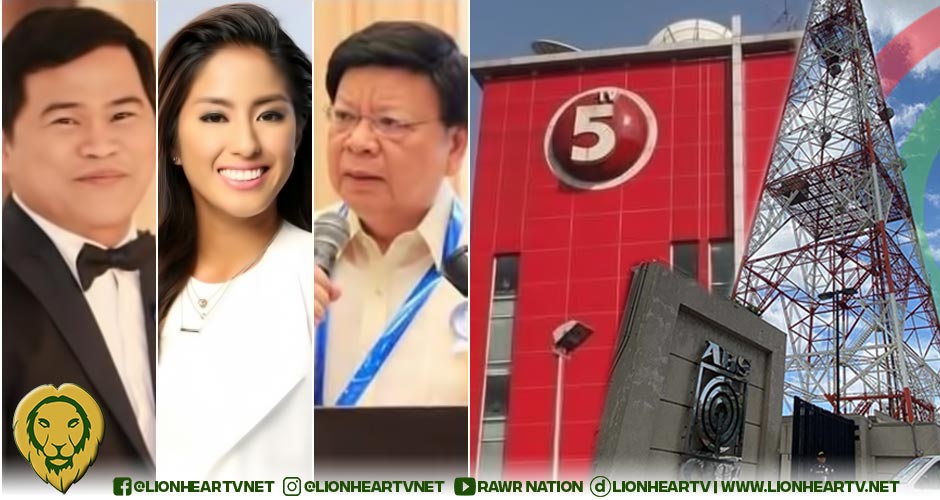 Marcoleta believed the partnership between the two broadcasting giants violated some laws and the 1987 Constitution. He claimed that TV5 has ties with foreign ownership.

Such move is similar to what he did to the Kapamilya Network in 2020. He insisted foreign nationals owned the now franchise-less Network.

TV personality Gretchen Ho only laughed at the House representative’s statement, tweeting, “After going through so much in the past years… Seriously, there is nothing we can’t handle anymore.”

After going through so much in the past years.. Seriously, there is nothing we can’t handle anymore 😂 https://t.co/nkU4ZG0xx4

On the other hand, Ogie Diaz lambasted Marcoleta for “trying to be the savior of the Philippines.”

Diaz pointed out that ABS-CBN did not violate laws, but the Duterte Government castigated the media company.

The Kapamilya Network, to return to free TV, bought shares from TV5. The lawmaker tried to prevent the possibility by wondering if it is allowed by Philippine laws.

France Sajorda even called out Marcoleta, suggesting that it is high time he saves his name.

Netizens also urge the lawmaker to stop his tirade against the Kapamilya Network.

Haayysss! Stop it Marcoleta. There’s too much pain already! https://t.co/JiLXz8Sd8g

A netizen speculated that Marcoleta is being paid by the newest broadcasting company, Advanced Media Broadcasting System (AMBS) to prevent the return of ABS-CBN.

For a newcomer like AMBS, a TV5 & ABS merger is bad bad news https://t.co/jhVSO99E1j

Another also argued that Marcoleta’s “voice of reasoning” can be heard if ABS-CBN is the topic but was unheard of in times of corruption issues.

People like you are not deserve in that place!! https://t.co/s0BNu8p9bw

“People like you [do not] deserve in that place!” said the netizen.