On January 17, seasoned actress Tessie Tomas recounted how she convinced her husband to accept her role in ‘Dirty Linen’. 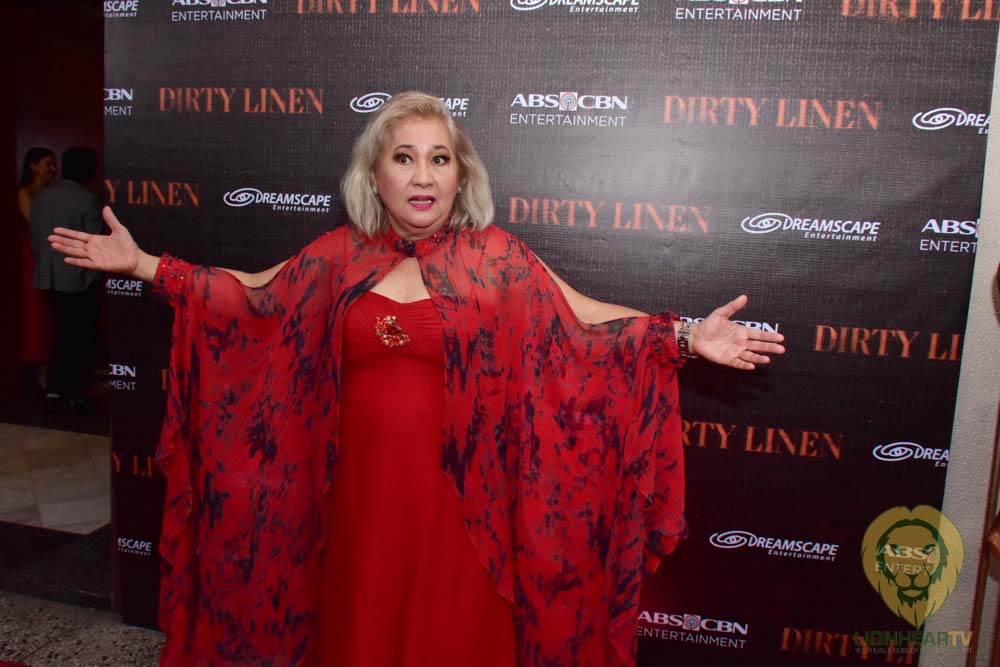 At the media conference for ‘Dirty Linen’ which LionhearTV covered, Tomas described her experience getting offered the matriarch role in the Kapamilya “revenge-serye” as dramatic.

Next, she said Dreamscape offered her a matriarchal role in its biggest soap opera. She noted that she had to persuade her husband before she accepted her role in the series.  Tomas narrated, “So sabi ko…Dreamscape, Deo Endrinal, mahal ako dahil sa Blood Sisters, napakaganda rin noong naging role ko doon, they will always take care of me. I’m so deeply honored…sabi ko, babalasahin ko ‘yung asawa ko, para payagan ako kasi kababalik ko lang.”

The actress expressed that she had been absent from the industry for four years; adding that she was glad she was able to convince her husband to allow her to take the offer.