ABS-CBN’s biggest family drama series “Budoy” instantly made a strong impact among audience as it debuted on second place on Kantar Media’s list of most watched programs from October 17-19. 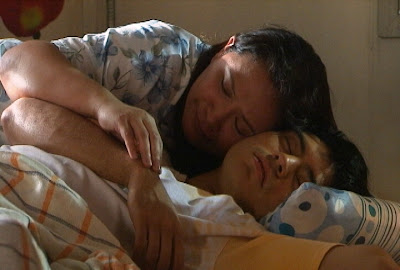 “At first, we were worried about the viewers’ response to our show since this is the first time that a drama series actually deals with mild mental retardation. That’s why we were so happy to know that we placed second this early in the ratings,” said Jessy Mendiola, Gerald’s love interest in “Budoy.”

She further shared that aside from its fast paced story and interesting set of characters, Gerald’s charm as ‘Budoy’ could have largely contributed to the show’s success. ”I think viewers are hooked with the program because of Gerald’s unique charm in playing his character.”

Under the direction of Ruel S. Bayani and Tots Sanchez-Mariscal, “Budoy” airs weeknights, after “100 Days to Heaven” on ABS-CBN Primetime Bida. For more updates, log on to www.budoy.tv, follow @budoy_tv on Twitter, and “like” http://www.facebook.com/budoy.tv.