Beginning January 16, 2012,brace yourselves for the grandest, much-awaited and the best of Philippine Entertainment on GMA, as it launches the most alluring primetime series that will surely bait the television viewers for its visually unparalleled production and well-crafted story with the grand premiere of “Legacy.” 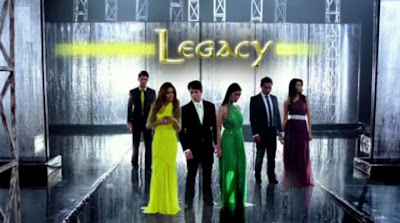 This new GMA series is dubbed as the “glossy drama masterpiece” of Philippine Primetime Television.

In the series, Don Romualdo’s son, Cesar, falls in love with a factory worker named Isabel. Among all the girls that he dated, it is only Isabel whom Cesar gets serious with. However, Don Romualdo forces his son to marry Eva, an heiress of the bank who lends them money in order to sustain their business. Cesar later decides to leave Eva and fight for his love for Isabel. But the situation will change when Eva tells him that she is pregnant.

Cesar once had a baby named Bernadette from the former bold star Anna Marie but Don Romualdo was not convinced that Cesar is the father of the baby.

One day, when Eva tries to confront Isabel, a squabble takes place eventually putting the rallying employees to jail, including Isabel and Lucio, her avid suitor. Isabel hopes and prays that Cesar will help them get out of jail. As expected, the case against them was pulled out and they are released.

Full of gladness, Isabel hurriedly goes to the office of Cesar to thank him for the help. To her surprise, Cesar asks her to leave the company and puts an end to their romantic relationship. Her world falls apart and the shock causes an emotional breakdown. Lucio will bring her to the hospital to have her checked and the news of pregnancy was announced by the doctor. She then decides to tell Cesar about the good news but Eva will drive her away.

Eva now faces her fear of Cesar leaving them once he learns of Isabel’s pregnancy. Her mom, Sophia, will convince her to continue pretending that she’s pregnant. They will adopt a baby to make their plan realistic. It will be a success and the baby will be named Natasha.

After many years, the newly hailed Marketing Officer of the Legacy Corporation, Natasha, stumbles upon Diana in a beauty contest and a rivalry is born between them.

The well-loved CEO of the Legacy Corporation Cesar Alcantara passes away. His untimely death marks the fight of Bernadette and Diana for legal rights to their father’s name and estate.

Having three beautiful daughters battling to be the successor of the Legacy Corporation, who will emerge on top? Up to what extent are they willing to fight to inherit the “Legacy” of their father? And who will reign as the sole owner of the corporation?

This series features equally beautiful actresses Heart Evangelista, Alessandra de Rossi, and Lovi Poe and they are joined by Kapuso leading men Geoff Eigenmann, Mike Tan and Sid Lucero and is directed by Jay Altarejos. Other casts for “Legacy” are as follows: Solenn Heussaff, Sam Pinto, Mark Bautista, Eddie Garcia, Cherie Gil, Maritoni Fernandez, Robert Sena, Ryza Cenon and Richard Quan. On the other side, Dennis Trillo, Chynna Ortaleza, Dominic Roco and Bianca King is set to be a guest cast on “Legacy.”

Under the helm of director Jay Altajeros, witness the outpouring of beauty, love, drama and how “Legacy” raises the bar of primetime series from Monday to Friday starting January 16, 2012, only on GMA.