ABS-CBN Corporation continues to dominate primetime television across the country by wrestling leadership in Mega and Metro Manila from its rival, GMA7. 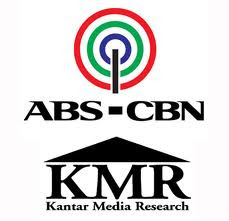 ABS-CBN took the lead in its rivals’ claimed bailiwicks of Mega and Metro Manila on the important primetime block when viewing levels peak and when advertisers place more of their TV ads to reach more viewers. ABS-CBN averaged 36% in audience share vs GMA’s 34% in Mega Manila and 38% vs 32% in Metro Manila.

ABS-CBN shifted to Kantar Media/TNS after filing a case vs. AGB Nielsen Media Research for failing to comply with its request to investigate alleged cheating and data tampering in TV ratings. The case is still pending in court contrary to claims by GMA, which is not a party to the case, that it has been resolved.