Menu
Search
For the fimmakers of TriStar Pictures’ new action thriller “2 Guns,” there’s only one actor working today who could wholly embody the complex, lead character Bobby Trench, whose motto is “When this is over, I’m going to kill you.”

And he’s none other than two-time Academy Award® winner Denzel Washington. 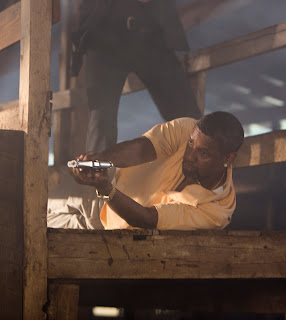 After portraying a series of intense characters in recent years, Washington was searching for some humor in his next role. He found that in agent Bobby Trench. “I was looking to depart from heavier roles, and when I read this script it really made me laugh,” the performer reports. “Bobby does whatever is necessary to get the job done. He says there is no code; you do whatever you got to do, whatever it takes. I think he is an honest cop, but he doesn’t live by the honor codes.”

In “2 Guns,” two operatives – Bobby Trench (Washington) and Michael “Stig” Stigman (Mark Wahlberg) — from competing bureaus are forced on the run together. But there is a big problem with their unexpected partnership: Neither knows that the other is an undercover federal agent.

DEA agent Robert Trench is called many names. And depending upon the role you play in his world, you may know him as Agent Trench, Bobby B. or Bobby Beans. 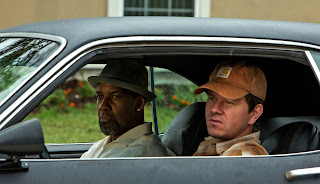 He’s spent three years infiltrating drug cartel leader Papi Greco’s Mexico-based empire, and in the past 12 months, he’s brought in Stig to work the job. Bobby’s latest deal has him trading 500 American passports for cocaine, and Greco has come up with cash, not coke. As Bobby and Stig head back into the U.S.—happy to still have their heads attached to their bodies—they are hauled into custody. Both of their superiors are less than pleased they’ve come back empty-handed.

Working on both sides of the law for so many years has allowed Bobby to effortlessly maneuver between the worlds. Washington explains: “‘I-know-a-guy Bobby,’ my undercover character, can get anything for you that you need: a ’63 Chevy, a ’59 bottle of wine, a condo in the Himalayas. Whatever it is, he knows a guy; that’s his modus operandi.” Still, Bobby’s not beyond being duped himself. “Bobby and Stig are lying to each other for half the picture. I’m not what I told him I am, and he’s not what he told me he is.” 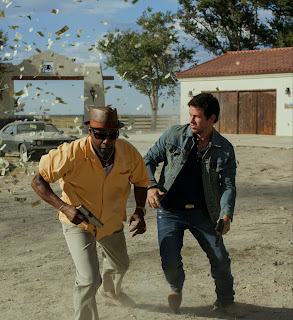 Partnering these two performers was an exciting prospect for director Baltasar Kormákur, who initially suggested to the team that Washington’s Bobby would be the perfect foil for Wahlberg’s Stig. “I hadn’t seen Denzel play light,” says the director. “But the comedy in `2 Guns’ is based on reality, like De Niro in `Midnight Run.’ Denzel has such an immense presence, but actors with good drama sense have good timing. That timing is everything when it comes to comedy.”

Mark Wahlberg was glad that the stars finally aligned for the two men to work together. Discussing Washington, he states: “We have great chemistry. We’ve known each other for a while, and this was the perfect piece of material for both of us to show a different side of ourselves. People would be very surprised to see how playful Denzel can be. I remember shooting our first scene, and every take I would do something completely different. He said, ‘Oh, I see what’s happening here,’ and he jumped right on board.” Wahlberg admits that he had a bit of an ulterior motive, and that was to get Washington to laugh. “There’s nothing better than seeing Denzel smile. Usually you get to see that once or twice in a movie; in this film, we see it a lot.”