Everybody seemed very excited when ‘Marina’, the TV series about a girl cursed to be a mermaid, premiered on ABS-CBN on February 23, 2004. 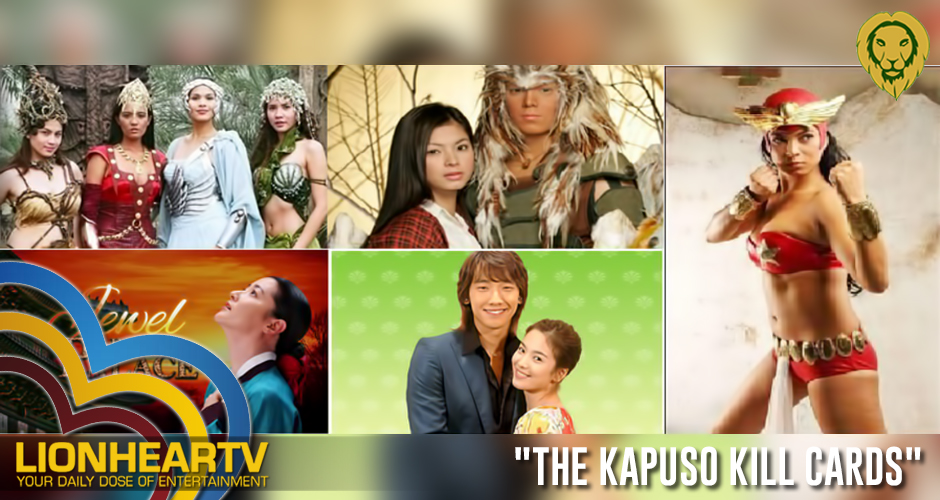 It’s over 40% ratings on Mega Manila was an enough indication that the media giant found a new way to further cement its lead over then struggling second, GMA Network. A few months later, however, after lording the ratings game, Marina’s winning streak suddenly came to a halt, with the arrival of Mulawin, GMA Network’s first-ever telefantasya, and as they say, the rest is history.

Mulawin’s arrival was highly sensational. Its first teaser talked of a love that would unite heaven and earth, that even heaven would fall in love. Richard’s Gutierrez ‘Mulawin’ suit was talk of the town; he was suddenly among the most anticipated names to dominate the local television, which he did, along with then newcomer, Angel Locsin, who played ‘Alwina’, his love-interest and fellow lead, in the said primetime series. With the breakout of Mulawin, the term ‘telefantasya’ also became a household term, referring to tv series produced by the Kapuso Network. It can be recalled that rival network, ABS-CBN-produced fantasy series are called ‘fantaserye’, which is a coined term, as a result of the contraction of the words ‘fantasy’ and ‘serye’ or series.

The first iteration of Darna in a full length tv series came on the heels of the massively successful ‘Mulawin’. Barely a month after the winged-humanoids-themed series bid farewell, the most popular Pinay heroine made its flight on the small screen.

Angel Locsin, whose stardom was largely made possible by her role in Mulawin, bagged the coveted role, and was in fact, still considered to have played the most successful modern-day version of Darna. It’s 47.1% pilot rating remains the highest ever recorded for any Philippine TV series.

Mulawin’s rich universe extended to that of Encantadia’s, allowing the birth of the new telefantasya, which almost duplicated the success of its predecessor. About the story of the titular mythical land and the magical beings and creatures dwelling in it, Encantadia told the story of four Sang’gre sisters, Alena, Danaya, Amihan, and Pirena, as they vie for overall control of the four kingdoms of Encantadia, which they each represent.

The series was highly sensational, and critically-acclaimed, with most critics noting its immersive storyline, outstanding special effects, and its use of a fictional language, which spawned several popular fictional terms, like ‘Avisala’.

The show also became a potent launchpad for its lead actresses who were then just beginning to emerge as the network’s most bankable stars.

The Kapuso Network continued to place its bet on Angel Locsin, who by then, was already among the most popular local actresses. She consecutively bagged the biggest roles on GMA Network’s primetime block, GMA Telebabad, among the most successful of which, was the ‘magic-themed’ tv series, ‘Majika’.

The series’ plot revolved around Sabina, a young magician trying to find her way home to the magical land of ‘Saladin’. Like its predecessors, Majika’s ratings were unprecented, thereby further cementing Angel Locsin’s stature as the network’s most bankable star.

Darna wasn’t the only Mars Ravelo’s character whose rights belonged to GMA Network, then. Captain Barbell became the second Kapuso adaptation of a Mars Ravelo title in 2006, with then massively popular, Richard Gutierrez was tapped to don the yellow and red suit. Gutierrez who already starred in another fantasy series, ‘Sugo, a year earlier, went on to play in more telefantasyas as his popularity soared even higher.

Following Angel Locsin’s departure from GMA Network in 2007, the network shifted its attention to its new discovery, the then fast-rising star, Marian Rivera. Fresh from the phenomenal success of the Pinoy adaptation of the international Mexicanovela hit, ‘Marimar, Rivera became the sixth actress to play the role of Dyesebel, further cementing her place as among the network’s biggest stars. 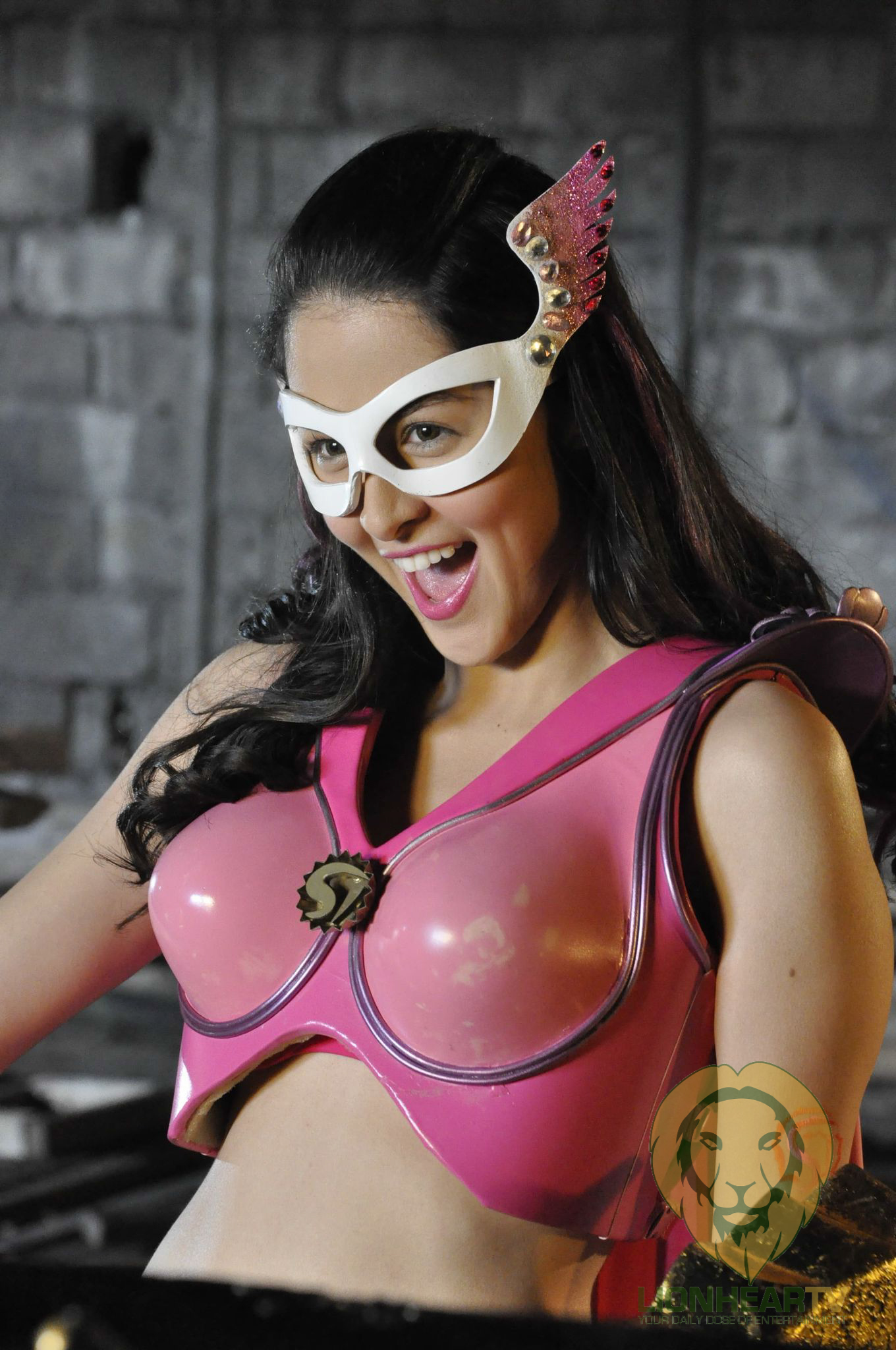 As parallel programming proved to be a potent tool to take the lead from ABS-CBN, GMA Network again used an emerging Kapamilya strategy – Asianovelas.

The Kapuso Network filled up its programming with Asianovelas and took advantage of the exploding Asianovela craze, which ABS-CBN started via the original Taiwanese adaptation of the comics hit, ‘Hana yori Dango’, the Jerry Yan and Barbie Su-led, Meteor Garden (2003). While the network’s first attempts to break out through Asianovelas, its succeeding offerings catapulted the network to the top the ratings game.

Among GMA Network’s biggest Koreanovela hits are those that came under the ‘Endless Love’ series, three of which aired by GMA-7. ‘Autumn In My Heart’, Summer Scent, and Winter Sonata, all of which known for being real tearjerkers. Other impressive titles with such impactful record includes Stairway To Heaven, Love Story in Harvard, All About Eve, A Rosy Life, and Sad Love Song.

Aside from Korean tearjerkers, the Kapuso station banked on light-themed Asianovelas to strengthen its programming. The collective success of several titles including, Full House, Attic Cat, My Name is Kim Sam-Soon, Coffee Prince, Secret Garden, and My Love From the Star, is solid proof that such a strategy worked.

When period dramas became a trend in Korea, GMA Network grabbed the opportunity to bring the success it was creating to the local tv landscape. The Kapuso Network scored massive successes via popular Koreanovela titles like, Jewel in the Palace, Jumong, Queen Seon-Deok, Empress Ki, Dong Yi, and Hwang Jini.

GMA Network expanded its Asianovela library with the inclusion of tv series originating from Japan, Taiwan, and mainland China. Among its biggest hits under the genre, are the popular Japanese dramas, Gokusen, Great Teacher Onizuka, and the Japanese live adaptation of Hana Yori Dango. Chinese tv series like Love of Condor Heroes, and a rerun of the Taiwanese Meteor Garden (which first aired on ABS-CBN) were also surprise hits.