Celebrities, like any ordinary Filipino citizens, have the right to express their dissatisfaction on the current issues in the country.

Actress Tetchie Agbayani held this belief when she spoke about personalities expressing their social and political views. 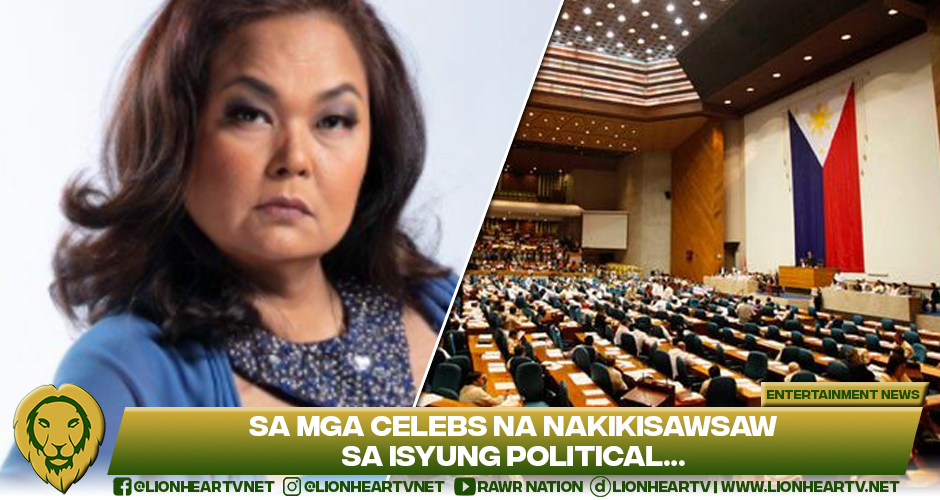 Agbayani rejected the idea that celebrities should stay out of politics and focus on acting, stressing that artists are also citizens of this country. She added that the artists have the right to speak up, and they have the “unique position” as being popular that would allow them to reach more people.

“They say artista daw dapat stick to acting, stay apolitical, ‘wag ka nang sumawsaw. But on the other hand, flip side of that, artists are citizens of this country as well. They have a voice, they have a unique position na because of their popularity mas pakikinggan sila,” Agbayani said during the media conference for her new TV series, Init Sa Magdamag, on April 15.

She stated that, given the current situation in the country, it is inevitable for everyone to speak up, particularly since many people have already suffered and died. According to her, there is a great need to contradict wrongdoings.

The 59-year-old actress admitted that she couldn’t help but speak out as she cannot bear with the country’s current situation, considering the COVID-19 surge.

Recently, Agbayani blamed the Government for not heeding the call to close the country’s border ahead of the COVID-19 onslaught in 2020, as she had lost someone due to the disease.

Agbayani is among the few celebrities who became outspoken in their criticisms against the Duterte administration’s recent failures in handling the pandemic.

More celebrities and personalities take advantage of using their popularity or platform. It is to allow the Government to listen to ordinary citizens.

Actress Alessandra de Rossi, on Monday, urged the Government to prioritize the lives of the Filipinos amid the pandemic. She added that people need help and support, not sports. Her message came after President Duterte’s two-week absence from the public eye, which coincided with the country’s rising COVID-19 cases.

Angelica Panganiban, on the other hand, expressed her dismay on the COVID-19 test and medical costs, lamenting how unfortunate it is for a person to pay to be screened for an RT-PCR test, let alone medical and hospital expenses if they test positive for the virus. Panganiban, alongside GMA Network journalist Atom Araullo, former PTV-4 host Jules Guiang, Radio host DJ JhaiHo and singer Leah Navarro appealed for mass testing for the country.

Music icon Regine Velasquez-Alcasid lamented the lack of care for the Filipino citizens, citing that many people are suffering death due to COVID-19.

Janine Gutierrez followed suit, criticizing the Administration for telling the public to endure the pandemic’s consequences.

Meanwhile, Liza Soberano called out the Government for failing to help the poor during the pandemic. On Twitter, she expressed concern about the absence of a stimulus package for Filipinos.

Angel Locsin also criticized President Rodrigo Duterte for belittling COVID-19, stressing that only the President is unaffected by the pandemic.