Still stuffed with pragmatic and ideological sensibilities, the second season of Quaranthings earnestly treads through relatable subjects, including self-discovery, relationships, and acceptance.

Premise: After deciding to make things official over a year ago, Rocky and Judah’s story continues as they navigate through their relationship. Outside their own little universe, and with things not as simple as they were when they first fell in love, they are faced with several circumstances that will test their feelings for each other under Enhanced Community…Quaranthings. (Upstream.PH) 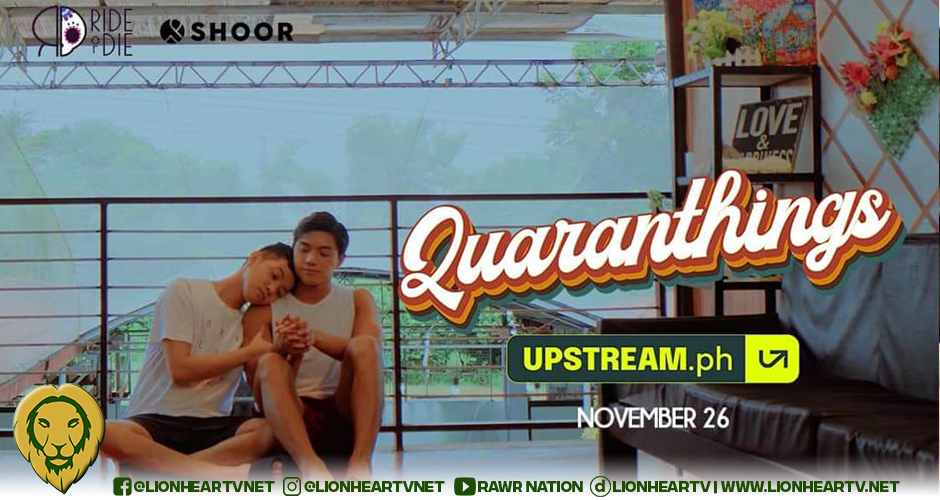 Unlike Judah (Quijano) who didn’t expect Rocky’s (Cabrera) plot twist, we kind of predicted the events that unfolded after they became official. Judah decided to follow Rocky in their original apartment, where the former hoped they could finally have their time together, and begin understanding each other better.

And then Rocky’s plot twist arrived, his ex-girlfriend, Cherry (Toliongco), and Kulas (Bernardino).

With new housemates around to watch their every move, Judah and Rocky have to be cautious not to give their status away. Although he already accepted that he’s gay, Rocky still gropes for the right time to confess his relationship with Judah, to his friends and family.

Judah remains understanding and open-minded, but the fact that Rocky and his ex are reunited under the same roof–it has its way of stirring his focus.

The biggest crux in our couple’s story remains Rocky’s struggle to come out beyond the safe bubble his close friends provided him. Although again, we kind of saw this coming, it becomes too sentimental to handle when it’s time for him to confront the truth.

We still get the full dose of humor, courtesy of Beshie, who excellently pulled off by Karl Zarate with his contagious comic energy, and that brightens up the mood when the atmosphere gets sulky.

Quaranthings keeps its knack for tackling sociopolitical themes. It still shreds chronic and current issues like toxic masculinity and vaccine hesitancy with earnestness and warmth. It allows it to meld with Judah and Rocky’s romance with ease and sensitivity. It’s the same attribute that made the first season utterly remarkable, and while there are palpable efforts employed to ensure the central plot isn’t overshadowed, it still leaves comfort, even optimism when it does.

Stream the second season of Quaranthings: The Series by securing a season pass on Upstream.ph for only PhP250.00. The first season is available for free on YouTube. Watch the official full trailer below: