The two of the biggest media companies in the country continue to slide on the stock market as traders weigh in on the implications of a Marcos Jr. presidency to mainstream media. 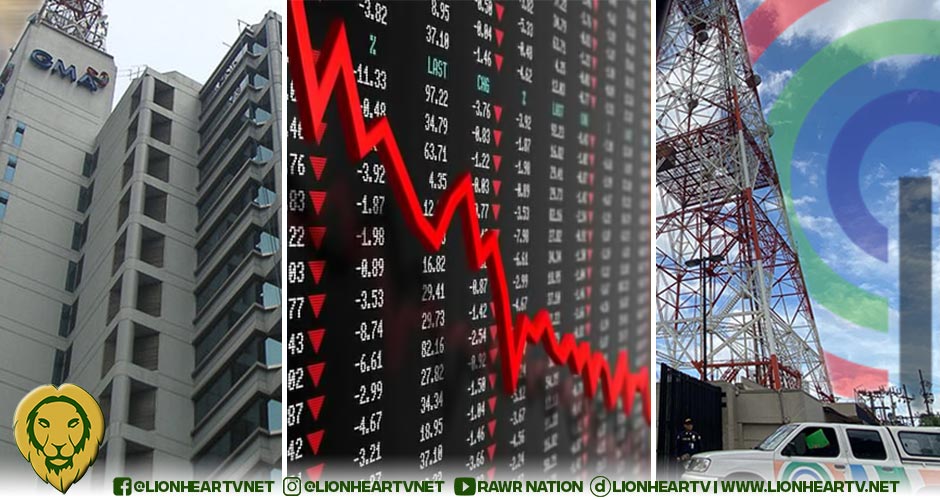 The Philippine Stocks Exchange (PSEi) posted positive growth for the first time since post-election results sent investors and traders in jitters. The index fell to a nine-month low of 6,720.93 points on May 10, a day after the dreaded national polls. That further plunged to 6,379.17 yesterday, May 15, to complete a 7-session downward streak before rebounded on May 16, Monday, with 6,502.12 points at closing. Alongside this upturn are companies that made surprising offsets amid the plunge, most of which linked with the Marcoses and their allies.

More interesting, perhaps, is the continuous slide of some of the most impacted media stocks. ABS-CBN Corp (ABS) crashed to a low PhP9.98 apiece on May 10. Closing prices dipped further to PhP10.22 apiece on May 15, before plateauing at PhP10.00 today. The company suffered a 21% recession already in just a month. ABS-CBN.

GMA Network Inc. (GMA7) tracked practically the same downward trend. It sunk below PhP10.00 at closing for the first time in more than six months, with a PhP9.76 share price on May 16.

Stocks have fallen by 37.8% over the past month, and market capitalization has shrunk by PhP10 billion, from PhP44 billion to PhP34billion, due to the massive selloff across the index. Asian equities have also been on a slump as US rates continue their upward swing.

Media entities, however, may likely remain in a conundrum–as fear of a Marcos Jr. rule may not favor certain mainstream media companies, the same way his infamous father did during the Martial Law. Bongbong Marcos notably largely skipped debates and interviews organized by ABS-CBN and GMA Network, which both shut down by Ferdinand Marcos in 1972.