An old clip of presumptive president Ferdinand “Bongbong” Marcos Jr claiming that he has an army of trolls made musician Jim Paredes on Tuesday and May 17 conclude that it was true. 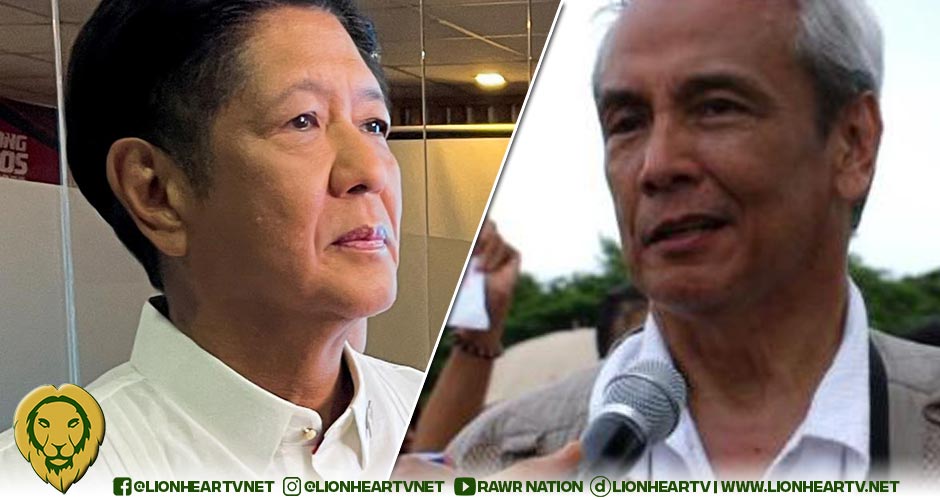 The video was from the 2016 elections when Marcos ran for Vice President. He was defeated by the now outgoing VP Leni Robredo, who protested thrice.

Although it appears to be a joke, Paredes then said on Twitter, “Umamin din. Good luck Philippines.”

Supporters of Marcos have peddled disinformation across various social media platforms. They “explained” how the Marcoses became wealthy and that the Philippines was a great country during Ferdinand Marcos Sr’s 20-year dictatorship.

There was even a video blaming Corazon Aquino as the reason for the country’s $50 billion debt.

But during the recently-held elections, Marcos, who is gunning to be the 17th President, denied that he commandeers a troll army.

In an interview with CNN Philippines, he insisted, “Yung sinasabi nilang trolls thousands of…Hanapan mo ako ng isa. Just one, find me a troll that’s working for us. They don’t exist!”

Marcos is set to become the Philippine President on June 30, with his running-mate Sara Duterte-Carpio as Robredo’s successor.