realme, the PH’s no. 1 smartphone brand for 2021[1], officially launched today the latest addition to its best-selling C Series: the realme C35. Making a remarkable debut with the lowest price guaranteed via @realmePH on TikTok Shop Philippines on May 18, the realme C35 becomes the first-ever smartphone in the Philippines to launch on the platform. 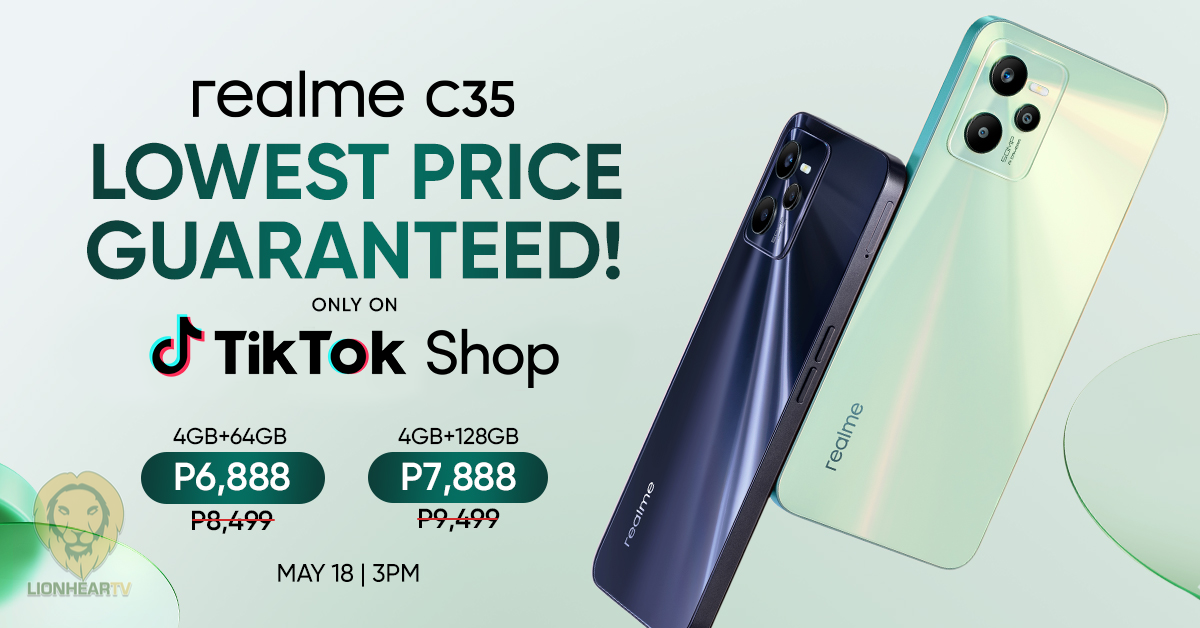 Boasting elevated looks and impressive specs across the board, the realme C35 is a stunning contender in the entry-level category. It brings to life realme’s mission of providing excellent features within the segment, offering a no-compromise experience accessible to every Filipino.

The realme C35 stands out as the brand’s most stylish entry-level smartphone with its modern, squared-off look designed to impress today’s fashionable youth. Its Ultra Slim Design, coming in at only 8.1mm and 189 grams, also makes it the thinnest and lightest C-Series smartphone yet. In addition to its #ChicandClassy design, the realme C35 is also the first in the C Series to feature a 6.6” Full HD+ Large Display with a resolution of 2408×1080 pixels.

Under the hood, the realme C35 is powered by a Unisoc T616 Processor, a powerful and efficient 12nm octa-core processor that allows for easier processing and seamless transition between tasks. It also comes with a 5000mAh Battery with 18W Quick Charge making the phone last for 39 days on standby and can charge from 0% to 100% much quicker than most smartphones in its price range.

In terms of camera capabilities, the realme C35 is packed with a 50MP AI Triple Camera and an 8MP Sony IMX355 Selfie Camera designed to be your companion for any photography need.

Other features of the realme C35 include an ergonomic side fingerprint sensor, and expandability of up to 256GB via micro-SD card. The realme C35 also boasts a TÜV Rheinland Smartphone High Reliability Certification, having withstood rigorous quality tests to ensure the best experience for its users. 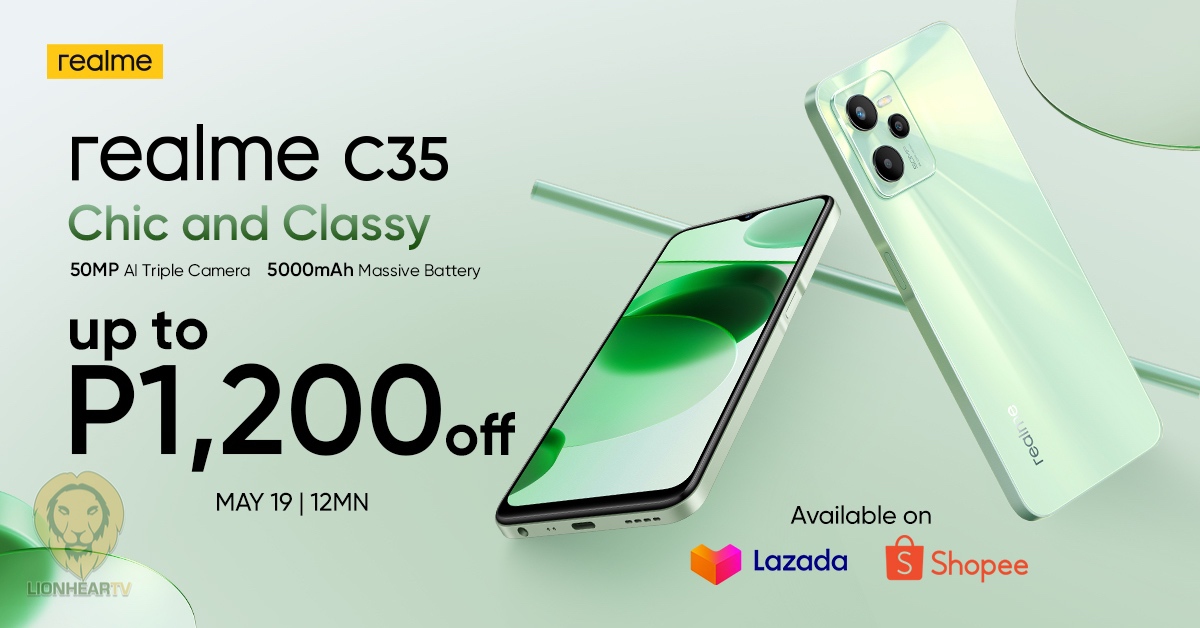 As an exclusive offer, it will be available at the lowest price guaranteed of P6,888 for the 4GB+64GB variant and P7,888 for the 4GB+128GB via @realmePH on TikTok Shop Philippines on May 18, from 3PM to 8PM only. That’s not all! Those who purchase the realme C35 via TikTok Shop Philippines will also get a FREE realme Motion Activated Night Light (SRP P590) with every realme C35 purchased during the five-hour livestream.

The realme C35 will also be available via the realme Official Store on Lazada and Shopee where you can catch discounts of up to P1,200 OFF starting this midnight, May 19.