The two Kapamilya singers talked delightfully about their experiences as they navigated their married life. 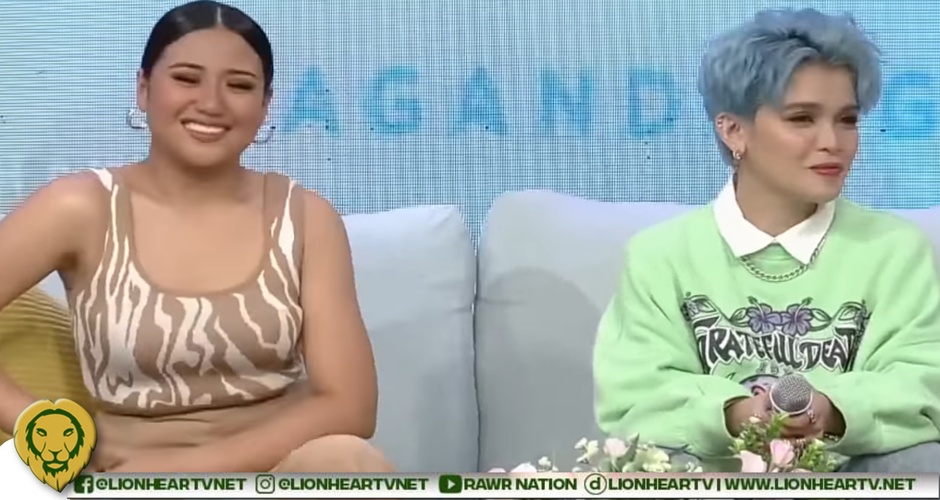 ASAP Performers and Kapamilya divas KZ Tandingan and Morisette Amon delighted their fans and viewers by sharing tidbits about their married life on Magandang Buhay on September 8.

Amon recalled the time she got married in Batangas on 28 June 2021, noting how the bad weather nearly kept their special day from being perfect.

“(That day was funny. The day started as sunny and we were even able to do our pictorial shoot outside),” she shared, as she noted how she was determined to push through with the wedding, no matter what.

“(We tried to delay the wedding for like an hour, in our hopes that the rain would soon stop. When we noticed the rain was already easing, we knew we had to start it right away. One thing I was sure about that day, is that the wedding would take place no matter what),” she recalled.

Asked how she adjusted to married life, Amon recalled instead, how she was able to build her relationship with Dave Lamar, who eventually became her husband.

Tandingan, on the other hand, took the chance of sharing her experience when she and her husband caught the COVID virus just a few months ago. She remembered how it strengthened their bond and how having it made her appreciate her body more.

“(The work piled up for me. Of course, after 2020 and 2021, work was really scarce. That is why I am very thankful that 2022 started shaping up to be different. I took every gig I can get; I was game, game, game…until I realized that ‘oh, my body is not used to this anymore),” she shared.

Being a Monterde for more than two years already, the X Factor winner admitted that the biggest adjustment she has is something that she tried to work out by herself.

“(I am the type of person who makes sure everything gets done as planned. I make sure that I do things myself, as long as I can. The thing is I am often distrustful of other people when it comes to doing things. I want things to be done exactly the way I want them to be done)”, she added, noting how she always plans things.

Her biggest takeaway, however, from her marriage, is trusting her partner in carrying their relationship for both of them, at times she had to pause the wheel.

“When we got married, minsan I catch myself na…’oh my God, I am becoming greedy of being the driver of this relationship,” she recalled, noting how she was initially insistent on being the dominant entity in their relationship.

“I am adjusting to the fact that I am no longer alone. I don’t have to burden myself with every single detail, because I have this person.