Ken Alfonso, a Filipino singer and television star who became notable and popular for his short but long-lived role in GMA Network’s Encantadia, called out the way President Rodrigo Duterte’s and Vice President Leni Robredo’s supporters behave on social media. 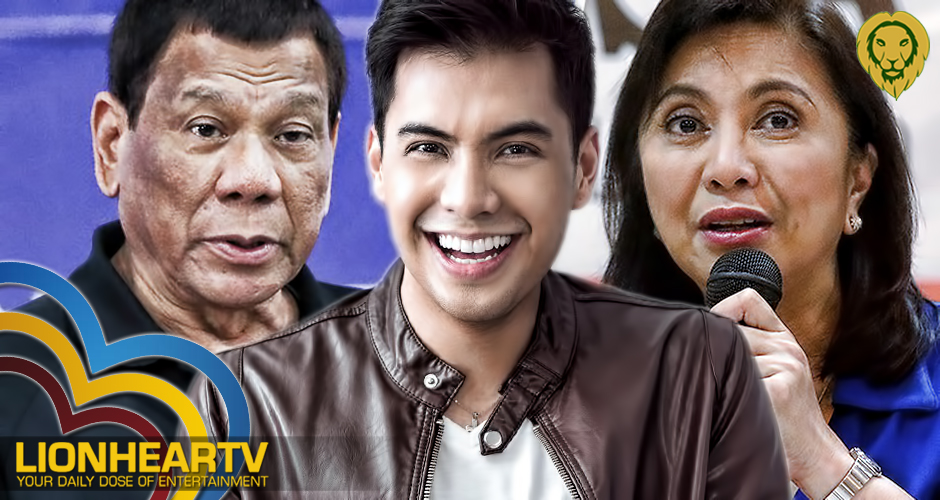 Based on his observations, he noticed that when he sees a DDS supporter commenting on social media sites, they become aggressive and throws shade on other commenters just to defend the President.

But when it comes to VP Leni’s supporters, most often than not, Alfonso sees them be well composed and behaved.

Several celebrities and netizens were all praises for the public address of Vice President Leni Robredo where she discussed the COVID-19 crisis and proposed steps to deal with it.

On Twitter, messages of admiration and commendation came out in praise of the Vice President for her empathic and compassionate message to the nation.

Outspoken award-winning actress Alessandra de Rossi praised the VP by taking on one Robredo’s famous lines: “The last man standing will always be a woman!”

Enchong Dee, meanwhile, thanked Robredo for a clear, humble, and detailed report to the nation, adding he hopes that the administration will seriously take on her suggestions.

On July 29, Vice President Leni delivered her version of the State Of the Nation address online.

Robredo reported how the Office of the Vice President has contributed to the country’s fight against COVID-19 and offered some detailed suggestions on how to improve the country’s response to the pandemic.

The Vice President also pushed for the stimulus package that will help the economy cope with the effects of the pandemic.

In this nation where COVID 19 cases are arising, we need a leader who always places a foot forward in decision making that will benefit the country as a whole.

But for the Philippines, the national government is also being called out for issues regarding COVID-19 such as the late closing of borders.

While Singapore, Taiwan, Vietnam, and Hong Kong took the early initiative on travel restrictions, the Philippines was noticeably late to follow suit. President Rodrigo Duterte initially ordered a travel ban only for those from Wuhan, China after three Chinese nationals tested positive in the country.

The ban was later on expanded to the entirety of China but it was delayed as the Department of Health chief Francisco Duque stated that it might damage Philippines relations with the former.

They \also downplayed the coronavirus as Filipinos have begun scrambling for protective, medical, and sanitation equipment. In February, President Duterte said that there’s “nothing to be afraid of.”

As there has been a rapid decline in supplies such as face masks, people began asking the government for any aid. Then Presidential Spokesperson Salvador Panelo clarified that the government wouldn’t be distributing masks as it had none to give out.

However, people pointed out that a few days prior to the statement, the government was sending out aid to China which included a donation of boxes and boxes of masks worth USD1.4 Million.

While the World Health Organization (WHO) urged countries to do mass production and usage of testing kits to combat the virus, DOH stated that there was “no need for mass testing yet.”