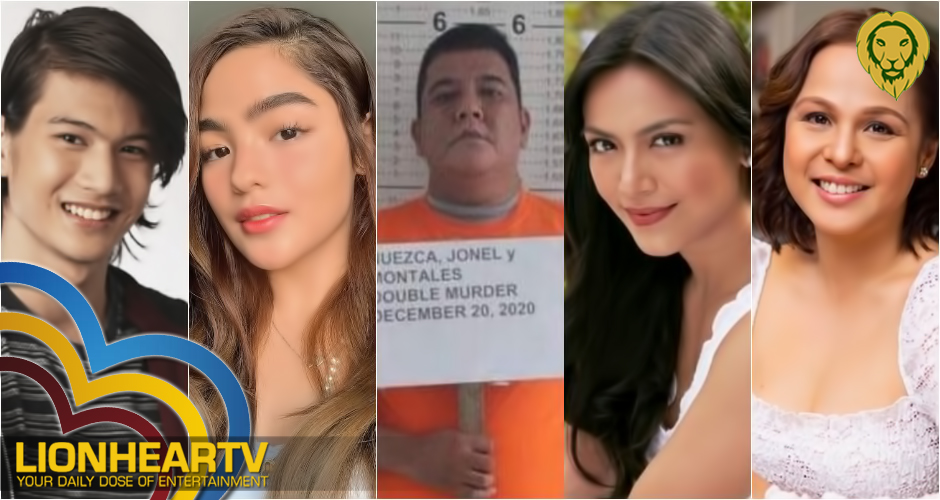 As a result of his plea, celebrities were angered by how a killer cop was able to enter such appeal when he was caught red-handed.

The killing was caught on video and was submitted as evidence. Still, Nuezca is trying to defend himself.

“How do you plead ‘not guilty’ when you were literally caught on video… Like how do you even have the audacity to deny something you did that was caught on camera?”

Celebrities such as Gil condemned the audacity of the trigger-happy cop who shot 52-year-old Sonya Gregorio and her 25-year old son Frank Anthony Gregorio.

How do you plead “not guilty” when you were literally caught on video… like how do you even have the audacity to deny something you did that was caught on camera?

Even internet sensation Sassa Gurl chimed in about the news.

“Lol what? [The] audacity,” Sassa said on his social media account.

Actress Ciara Sotto was also enraged by the news that Nuezca pleaded not guilty. In her Twitter account, she was shocked by his appeal.

Nikki Valdez expressed her anger by asking who was guilty when it was all caught on tape.

“How to get away with murder”. That is what journalist Kevin Manalo said over his Twitter account. He posted this when he heard the news about Nuezca pleading a not guilty plea.

How to get away with murder https://t.co/BtQpxOvqQo

Even Sanya Lopez couldn’t believe Nuezca would plead not guilty. She even said that there was video and it was clear that he shot and killed the mother and her son.

Meanwhile, Human Rights advocate Francis Baraan IV took a swipe at the group that Nuezca belonged to—the Philippine National Police. The blatant shooting of Nuezca, adding his not guilty plea, showed that he does not own up to his mistake, same with the PNP.

“Jonel Nuezca pleads NOT GUILTY despite the incriminating video of him killing in broad daylight. Siyempre, hindi siya guilty. Some sociopaths, who are given blanket impunity by the PNP never feel any remorse. Hindi sila marunong makaramdam ng guilt,” wrote Baraan.

Jonel Nuezca pleads NOT GUILTY despite the incriminating video of him killing in broad daylight.

Siyempre, hindi siya guilty. Some sociopaths, who are given blanket impunity by the PNP never feel any remorse.

GMA-7 Social Media Manager Aileen Rae Perez expressed her concern regarding the justice system of the Philippines. In her Twitter account, she posted that despite having a video evidence, Nuezca was able to plead not guilty. This resulted her concerning about the majority of Filipinos who do not have connections and are impoverished.

Effect of Not Guilty Plea

With him entering such plea, it will give him time to assess the situation. Not only that, he will become a defendant, meaning he will also have presumption of innocence. It will only mean that the state will have to find proof against the accused.

However, with the video evidence. it will be easier for the trial court to find a verdict not in favor of Nuezca.

With every evidence pointing towards Nuezca, the PNP just recently decided to finally put an end to his service as a police officer. This was recommended by the Internal Affairs Service to kick out Nuezca for grave misconduct. It was approved by PNP chief Debold Sinas.

However, the dismissal took longer than expected as Sinas stated that Nuezca was covered by Republic Act No. 8551 which ensures that due process is observed before an errant cop could be kicked out of the service.

He also argued that they also have a policy to follow. In that case, Nuezca’s expulsion will be discussed and investigated first.

“We cannot do that because we have a policy to follow. We really have to strengthen the power of the chief PNP to immediately dismiss and strip any erring cop of everything,” argued Sinas.

John Nuezca was an off-duty cop who shot and killed mother and son pair Sonya and Frank Gregorio over a heated argument on December 20, 2020. Both victims sustained two gunshot wounds in the head, instantly killing them. The argument stemmed from a PVC cannon or boga which the Gregorio family used to celebrate the upcoming holiday.

As a result, Nuezca’s record was checked, showing that he was also involved in two homicide cases last 2019, which were either dismissed or dropped.

The incident also caused a public outcry over the PNP’s poor handling of thee case.

In their defense, the PNP stated that it was an ‘isolated case’ and that the police should not be viewed as killers.

Meanwhile, the shooter said that he regretted that the incident happened. “Yes, sir. Yes, sir. Ang laking pagsisisi,” he said. However, he never said anything about any apology towards the bereaved family.