Songwriter Trina Belamide and Star Music reproduced Shine to celebrate its 25 years, with Asia’s Phoenix Morissette lending her voice to interpret the song. 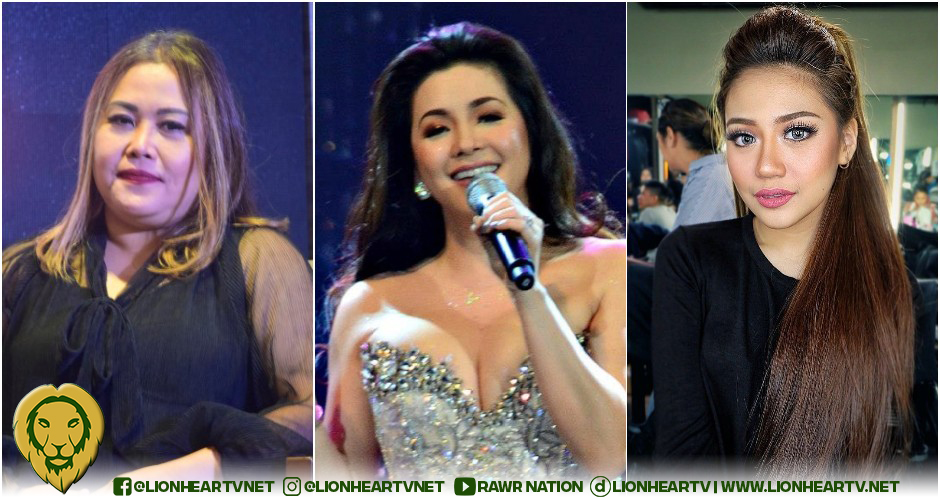 Originally recorded and sung by Ima Castro and popularized by Regine Velasquez-Alcasid, Morissette‘s version brought a new flavor to the iconic song.

In a press conference, ABS-CBN Music creative director Jonathan Manalo admitted changes in the song’s arrangement to depart from the usual powerful renditions.

Manalo added that Morissette had the same thoughts in mind in bringing an unpredictable, soulful twist in the song.

As for Morissette, she highlighted how the song’s appeal can break into the international music scene.

Morissette also recalled singing the iconic song to Regine herself in one event.

“The first time na I was able to sing in front of Miss Reg, it was in a Gala show. Event sya. Tapos I was asked to sing, and Miss Reg was one of the attendees, and it was this song, and it was on piano.”

Later on, Manalo teased a possible project in which the iconic singers tied with Shine perform together, culminating the song’s history.

“Di malayo magkaroon yan version na sinasabi mo na they will all come together, the people who have been identified with the song. For sure nasa isip yan ni Trina. Tinatiming nya lang kung kailan nya gagawin.”

To which Belamide agreed, “I would love to do that kasi nga sobrang special nung kanta para sa akin.”

Morissette’s official version of the song came out on Friday, May 21, and is available through Spotify and Apple Music. The music video for the song is up for release this Sunday, May 30, on Morissette’s YouTube Channel with a TV launch on ASAP Natin ‘To.