The coveted WBA super welterweight title is at stake as the former eight-division champion Manny “Pacman” Pacquiao makes his boxing return, this time against Yordenis Ugás in “Pacquiao vs. Ugás” which will air live from the T-Mobile Arena in Las Vegas, Nevada on August 22 (Sunday) at 9 AM on SKY Pay-Per-View. 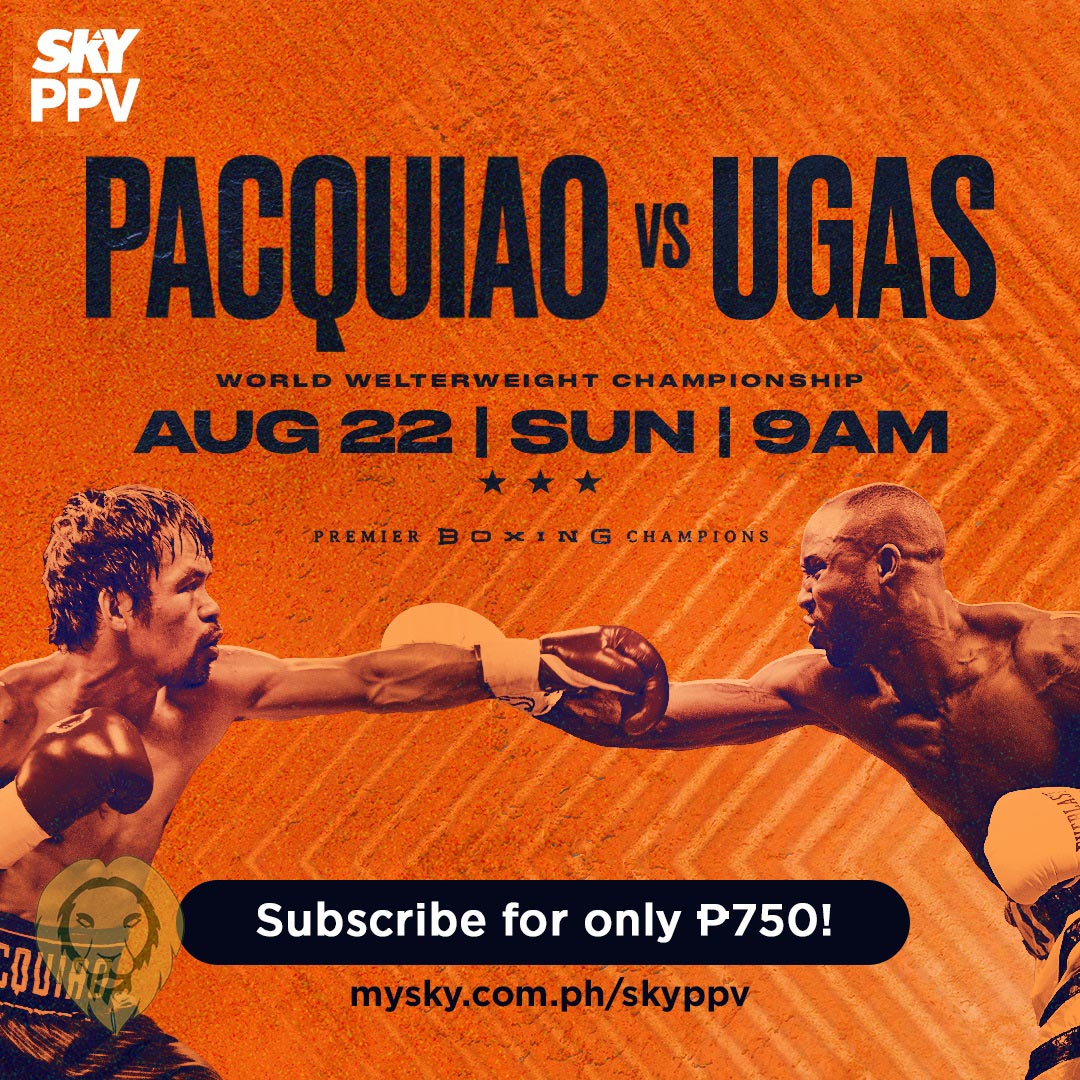 Following his split-decision win against Keith Thurman for the WBA super welterweight championship in 2019, Pacquiao is out to make Pinoys proud anew in his boxing comeback after a two-year hiatus with another fight in his tank at the age of 42. With a record of 62W-7L-2D (39 wins by KO), the former eight-division champion and best pound-for-pound fighter aims to reclaim the prestigious title.

But his next title shot may push him to the limits as he goes toe-to-toe against another veteran fighter in Cuban slugger Yordenis Ugás, holding a 26-4 slate (12 wins by KO) with Pacquiao’s vacated belt under his waist after an impressive win against Abel Ramos in 2020.

Will Pacquiao shake off the ring rust and take back the title? Or will Ugás prove himself to be a worthy opponent by beating one of the greatest boxers of all time?

Find out who will emerge victorious between the two prized fighters as SKY Pay-Per-View brings to Pinoy audiences “Pacquiao vs. Ugás” live directly from the boxing capital of the world, Las Vegas, Nevada, on August 22 at 9 AM, with same-day replays at 3 and 7 PM and the following day at 7 PM. Catch the bout in high-definition and commercial-free in the comfort of your homes for only P750.

To subscribe to the highly anticipated boxing match of the year, visit mysky.com.ph/skyppv or text SKY PPV to 23662.